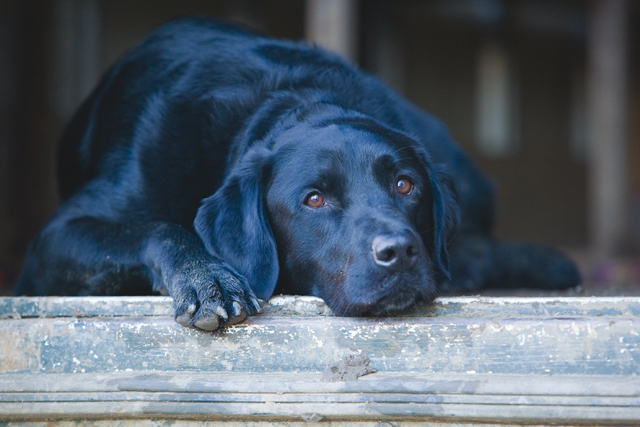 The Gunroom provides the best platform for all shooting pursuits – Send us your news on editorial@lincolnshirelife.co.uk
IN THE FIELD…
One of my great pleasures at this time of year is, having made my morning cuppa, to step out into my garden in the pre-dawn and immerse myself in the wild symphony that is the dawn chorus. Sitting on the garden swing, with just a hint of daylight in the eastern sky, the sound of birdsong is almost intoxicating.

By early March quite a number of our male garden and woodland birds will be establishing a territory and advertising for a mate; one of the first is usually the blackbird who, perched on a roof or high branch, will offer its high-pitched glorious song. First year youngsters will start as early as January, with older birds waiting until late February or early March.

Another favourite is the robin; both male and female birds sing and it is not uncommon for robins to sing all night in built-up areas, where it is thought they may be confused by the street lighting. Also singing at night, they have been confused with the nightingale. But without doubt the bird that really punches above his weight is the little wren. This tiny bird has such a wonderful melody at a volume that puts most of the rest to shame.

The wet weather continues as I write this, with the Somerset levels having suffered relentlessly. The consequences for the wildlife will be catastrophic, as no creature that lives on or under the ground can survive. Though some will have retreated ahead of the water, the majority will have perished from drowning or exposure. Also, the land, having been submerged for so long, will have a covering of silt and any crops that were planted will have rotted. When the water recedes the farmers will face a barren landscape devoid of life, but with help and resilience they will get through it as only the true managers of the land can.

Here in Lincolnshire we have not been too affected by the weather but with the fields being very wet underfoot it is making pigeon decoying a bit of a challenge. I do like to get my truck onto the chosen field in order to save carrying our equipment too far, and then having to carry it all back again with hopefully a sizable bag of birds. Where possible and with permission I will drive along the tramlines to get to where I want to be, but there is a risk of getting stuck or leaving unsightly marks when the ground is so soft.

Pigeon numbers are becoming more noticeable now that game covers of maize are being chopped; this gives the birds a chance to gorge themselves on one of their favourite foods. This in turn gives the dedicated pigeon shooter a window of opportunity to lay in ambush and hopefully get some birds shot before spring sowing starts. Pigeon control is ongoing throughout the year but is particularly important in early spring.

Last week I visited the Shooting Show at Stoneleigh in Warwickshire. It is now firmly established as the first show of the season, and it is also becoming a ‘must-visit’ event, as the array of goods and services offered to the shooting public at this indoor event is fantastic.

Arriving early on the last day, my shooting pal George and I had an easy drive in to the show and after a quick breakfast made a start on the many trade stands with hundreds of goods on offer. We were not after anything in particular but like to keep abreast of new things coming onto the market. It never ceases to amaze me, the ingenuity displayed by manufacturers in order to help us get up close and personal with our intended quarry; this might be the latest in camouflage or night vision scopes or, as we saw, a Yamaha quad bike on tracks.

Homing in on the Clay Pigeon Shooting Association stand, I met Mike Williams, a shooting instructor and old friend. He introduced me to a young lady called Amber Hill from Berkshire. Aged just sixteen, she is already British Number One at Olympic Skeet and was recently voted BBC Young Sports Personality of the Year. At fifteen she was already winning senior competitions and now has her eyes firmly set on the 2016 summer Olympics in Rio.

Amber has already proved that she has what it takes to succeed on the world stage. Like Peter Wilson who took Gold in the Double Trap at the last games, Amber will help to raise the profile of shooting sports to a much wider audience.

Last but not least, it was nice to see a few Lincolnshire companies at the show: Elderkins of Spalding, the renowned gunmakers, as well as the North Cotes Butts shooting club which caters for just about every type of shooting you might wish to try. The ranges are open every day by appointment, and all the shooting disciplines are great fun for the whole family, so why not give it a try? For details contact Martin Appleton on 07776 192496.

Valuation Days will always bring surprises, and sometimes a dream comes true. In January an underlever sidelock ejector by James Woodward appeared. Its 29-inch barrels might seem unusual today, but they were in fact the norm once – Messrs Purdey also offered this length.

Woodward really got going with the ‘Automaton’ in the mid 1880s; a non-ejector made by Victorian master craftsmen. Then circa 1890 the Automatic arrived, an ejector built to the best possible standards. Imagine your favourite piece of furniture but nicer. The stock is original and extremely beautiful, in the ‘Prince of Wales style’ with arcaded fences, ‘Perkes’ ejectors and the best engraving.

Woodward marketed from St James; he was among the top five makers in Central London, starting in 1827 with Charles Moore. He set up on his own in 1851, producing guns of particular elegance and refinement – Lot 1403 (above) emphasizes this. The top strap is gold engraved with No 1, as are the automatic safety and cocking indicators, built as a trio. Its estimate is £4,000–6,000 – surely a steal for rather a rare item, made in 1890.

Woodwards’ other claim to fame was their invention in 1913 of an over and under gun, particularly well designed and most graceful. By 1949 Woodwards were in trouble like so many others and James Purdey & Son bought the business. The agreement was that Purdey built the over and under in their own name and no more side by sides were to be made. Intriguingly, in 1995 Purdeys started rebuilding Woodwards – what a compliment!

Clients wishing to consign or visit for a free valuation can always contact me, Simon Grantham on 07860 300055.