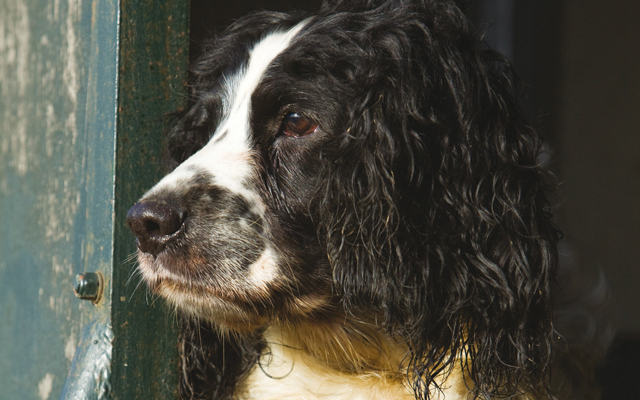 The Gunroom provides the best platform for all shooting pursuits – Send us your news on editorial@lincolnshirelife.co.uk
IN THE FIELD
‘March winds and April showers bring forth May flowers.’ I learned this little rhyme during my childhood. Like so many rhymes and ditties relating to the weather and seasons, I suppose it had more truth about it then, at a time when the weather was somewhat more predictable.

Nowadays, the weather seems to be a law unto itself as it lurches from rain, to sunshine and then gales without any real discernible pattern that makes any sense to me.

All I do know is that, as a shooter, a brisk wind is always very welcome. A pheasant or a partridge with the wind behind it is a serious challenge to any shooter standing at his peg and will require all his skills and concentration if a successful shot is to be made. But with the game season now a distant memory, it is controlling pigeons that will be occupying my spare time in the coming months – and it is windy weather that I will be praying for, because it allows me a greater chance of getting to grips with our most prolific bird, which is the farmer’s enemy number one.

How can the wind possibly be an ally in my pursuit of the woodpigeon? Well, let me explain how I use the wind to my advantage. When shooting from a place of concealment with a pattern of decoys in front, I will always try and get the wind behind me, as it will allow me to see the pigeons coming. They will invariably fly into the wind, as it enables them to land at a stalling speed, not unlike an aircraft. The drawback with this plan is that the pigeons are coming directly towards me, and this means that they will detect the slightest movement I might make – so keeping absolutely still until the bird is within range is vital; move too soon and the bird will immediately take evasive action and the chance of a successful shot is considerably reduced. But with practice the pigeon can be hoodwinked into believing he is joining his pals in a feast of the farmer’s crop. It is in this way that pigeon numbers can to a small extent be kept under control.

Of course in the pigeon hide the wind is not always my friend, as it will make every effort to chill me to the bone unless I take measures to reduce its impact. I will always wrap up warmly but I have also made a windbreaker that I put around the back of my hide for protection. Made of a windproof camouflage material, it is high enough to give me almost complete protection and makes long days much more bearable.

By now many of our wild birds will be thinking about building their nests. Some will not start until April or May but a few get started early; notably the rooks, which are often the most visible as they noisily squabble over both nesting sites and materials. They are quite adept at stealing each other’s nesting materials in their rush to get started, but by early March things have settled down and most will be sitting on four or sometimes five speckled blue eggs.

Other early nesters are the mallard and the mistle thrush. The mallard will nest almost anywhere that provides a little concealment. I have seen nests under a park bench, up trees and even six storeys up a block of flats on a balcony behind some plant pots. The mother duck makes a beautiful nest, fully lined with down from her breast; she lays anywhere from six to sixteen pale green eggs and when leaving her nest to feed she will carefully cover them up to both keep them warm and to conceal them.

The mistle thrush is a rarer bird, though it is widespread throughout the UK. Slightly bigger than the song thrush, it will usually make its nest in a fork of a tree, at anywhere between ten and twenty feet from the ground. It tends to favour evergreens, such as holly or yew, as they provide concealment when most trees are still bare. It usually lays four eggs.

Last year I put up a communal nestbox with four compartments, with a view to encouraging the house sparrows to take up residence. They sadly declined my offer for no good reason that I could see. I put it up under the eaves of the house thinking it was the ideal location but obviously the sparrows thought differently. I will monitor it in the coming weeks and if no interest is shown I will move it. I will keep you informed.