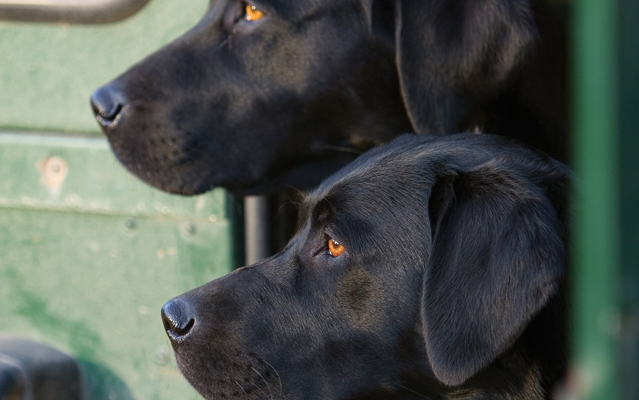 The Gunroom provides the best platform for all shooting pursuits – Send us your news on editorial@lincolnshirelife.co.uk
FROM WHERE I’M STANDING
Being born and bred in Lincolnshire and recalling my childhood, I like to think that it was all long, hot summers and sledging in the snow in winter, but I’m sure we all look back through rose-tinted glasses.

Born into a farming family in 1950, we shared a large country house that was big enough to accommodate my parents and three children, my uncle and his family along with my grandparents – a total of thirteen people all living under one roof. It was a family farm of about 100 acres, with dad running a dairy herd and my uncle and grandfather breeding poultry for hatching eggs.

I understood that some of the animals we kept, like pigs, would be killed to provide us and others with pork and bacon. I understood that game on the farm also had a part to play, as both my dad and my uncle were keen shots and frequently went off shooting as well as having what was described as a ‘walk round’ on our farm. This usually entailed three or four guns and half a dozen of us youngsters as beaters, walking up the fields for a few pheasants, partridges, hares or rabbits. It was these walk rounds that from an early age fired my interest in shooting.

Guns were always part of our lives; there was always an array of weaponry lined up near the back door, with ammunition close at hand – but as children we were forbidden to touch them, unless under strict supervision. My first regular gun was a BSA Cadet .177 with which I was encouraged to shoot sparrows and starlings that abounded in their hundreds, if not thousands.

It was not uncommon for us children to go on hunting forays around the farm and shoot dozens at a time – as well as going out at night with a torch and shooting fifty in the farm buildings and bushes, often followed by the farm cats looking for an easy meal. By the age of nine or ten, I had graduated to using a .410 and this set me off on a lifetime’s love of shooting in all its forms. By the early Sixties the farm could not support us all, so my dad made the decision to come out of farming and pursue a different course. This meant that as I grew up my opportunities to shoot were diminished, but my enthusiasm to shoot knew no bounds.

As I reached adulthood, I pursued every avenue that was open to me, often shooting with friends or with a syndicate. Shooting pigeons became a passion for me in my early twenties and still is today; as the most common British bird, it is the farmers’ number-one enemy and permission to shoot them is usually readily granted. I also got into clay pigeon shooting in a big way and represented the county, as well as earning the honour of shooting for England.

Now into my sixth decade, my competitive nature is reduced but not my love of all things rural. My passion for shooting enables me to engage with our wonderful countryside. Standing on a peg waiting for the first drive allows me to wonder at the beauty of our landscape; sitting in a pigeon hide, hidden from view, permits me to get up close and personal with a huge variety of mammals and birdlife totally oblivious to my presence; I get to see foxes and badgers, buzzards and butterflies, stoats and hares, thus enabling me to get an insight into their private lives. I also get to meet the farmers who shape the land and the gamekeepers who help to look after it.

In the twenty-first century, the countryside as we know it is a totally managed landscape and a balance has to be maintained between growing crops to feed the nation and to continue to maintain traditions laid down by our fathers and grandfathers – including those relating to wildlife. Those of us who hunt, shoot or fish are all by nature avid conservationists because it is only through conservation and management that we are able to continue to follow our passions. It was George VI who famously said, ‘The wildlife of today is not ours to dispose of as we please. We have it in trust. We must account for it to those who come after.’ In the coming months I will be writing about this wonderful county of ours, looking at its seasons and its wildlife from a sporting perspective. I hope you will like it.

GAME FAIR 2013
The box office is open and the countdown begun for this year’s CLA Game Fair – the world’s largest countryside event – at Ragley Hall in Warwickshire from Friday, 19th July to Sunday, 21st July.