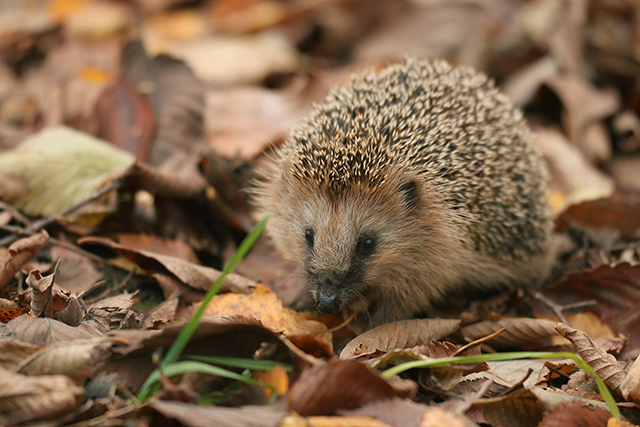 The Gunroom provides the best platform for all shooting pursuits – Send us your news on editorial@lincolnshirelife.co.uk
IN THE FIELD…
Many years ago I had a black Labrador called Lady, a wonderful companion and a superb gundog in many ways. She was steady; a good retriever with a wonderful nose, so much so that it gave her a huge talent for finding and bringing me hedgehogs – always unharmed, though a little grumpy.

I was reminded of this recently when, coming out of the house at 4am for an early start, I was confronted by a very large ‘Mrs Tiggy-Winkle’ by the back door. After viewing each other for a moment or two, and realising I posed no threat, she wandered off up the lawn to resume her quest for tasty morsels in the form of worms, slugs or any other little creepy-crawlies she might come across.

The hedgehog is in the main a much-loved and protected little creature, with many devotees around the country making great efforts to ensure its health and survival through rescue centres and hedgehog hospitals. I think we all have a soft spot for this cute little carnivore; though some more than others.

In recent years it has become necessary to totally eradicate hedgehogs from some Scottish islands, due to predation of the eggs of ground nesting sea birds – to a point where some species were at risk of disappearing altogether, if action was not taken. As far as I am aware this has now been completed and hatching rates are recovering. This has come at a great cost, as the hedgehogs had to be relocated to mainland areas rather than be culled.

On the other side of the world, in New Zealand, the hedgehog is Public Enemy Number One, with every effort taken to destroy them at each opportunity. Introduced by early settlers to remind them of home, they settled in very easily and populations boomed to such an extent that many indigenous birds and small mammals were under threat or lost. Perceived there as a voracious predator, the hedgehog has sharp teeth and will tackle anything smaller that might make for a suitable meal, but is especially fond of the eggs and chicks of any ground nesting bird.

Hedgehog numbers are in decline and I’m sure the huge increase in badgers has not helped. One of Brock’s favourite dinners is hedgehog, turning them over easily and opening them up with their sharp claws. I have not seen my visitor for a week or so, but I look forward to our next meeting. If you have a hedgehog visiting, they can be encouraged with a saucer of cat or dog food – but not bread and milk, as this is not good for them.

Pigeon control continues, with George and I getting out at least once or twice a week on the farms that we look after. With oilseed rape now in flower it is safe, but one of the pigeon’s favourite foods is now in full swing, and that is peas. The pigeon will attack this crop at every stage of its growth, from spilled seed after drilling, to the sweet taste of the foliage and the pods as they ripen. We have been shooting some decent bags recently on late drilling, with two days on beans producing 193 and 170 respectively. Anything over 100 is a Red Letter Day in my book and is always greatly appreciated by the farmer.

We have a nest box outside our kitchen window and a pair of blue tits have again taken up residence. For more than two weeks they have been busy ferrying beakfuls of mainly moss into the box before finishing with feathers – mainly pigeons’ courtesy of yours truly, as my garden is always strewn with them, en route to the freezer from my shooting trips.

This year I wanted to encourage more sparrows into my garden, so I made a communal nesting box for them, with four separate sections. To date, however, none have accepted my invitation. The box is up under the eaves, sheltered from the elements, so it should be attractive. We will have to wait and see. The house sparrow has declined in recent years, unlike the days of my youth when they numbered in flocks of thousands. As small boys with airguns, we were encouraged to shoot as many as possible back then. Every farm building or shed would have twenty nests under the tiles; nowadays every house and shed is vermin proof, so nesting habitats have declined along with the birds.

The sun shone, there was a gentle breeze and our dogs ran happily over this superb ground, by kind permission of Mr R Avery.

Test 1 was in a plantation of young trees on a shallow incline. A shot was fired and a mark thrown to the left in the saplings. The second retrieve was a blind. Although it was about fifty yards up the avenue between trees immediately in front of the handler, this proved to be quite awkward with the dogs pulling to the left.

Test 2 was a double mark. The first dummy was thrown into trees to the left and the second into the rape field to the right. The latter mark was retrieved first.

Test 3 There was a mark into the lake and a shot was fired to indicate the position of a blind along the side of the lake to the left. The mark was collected first and only a few dogs were enticed into a second swim rather than running along the bank.

Our judges took seven dogs through to a two dog walk-up on gently sloping grassland. There was a seventy yard straight mark for each dog.

Lot 1807 – a Purdey Thumbhole underlever hammer gun, made in 1869. Still in original condition, it was reproofed for nitro cartridges in its Damascus barrels. It has spent the last fifty years north of Lincoln, and it sold for £3,380 including commission.

Lot 1801 – another hammer gun by Boss and Co, an equally famous maker, again with Damascus barrels. Made in 1888, it still has its black powder proof marks.
Boss were rather old-fashioned and the Jones underlever would have been slower to reload than Mr Purdey’s thumbhole catch. It made £5,460 with commission.

Lot 1403 – An automatic by Woodward mentioned in last month’s article made £5,200 including commission.

Another interesting item was a .410 double-barrelled hammer gun by K D Radcliffe. A rare, fully engraved child’s or lady’s weapon made in Colchester circa 1895, with 26” barrels and weighing 4lbs 7ozs. This made £1,450 with commission.

As ever clients wishing to consign or receive a free valuation can contact me Simon Grantham on 07860 300055.