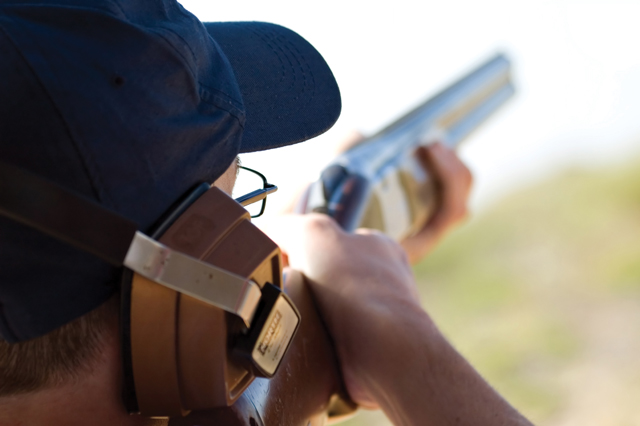 Welcome to November’s Gun Room and hopefully you are enjoying either the sporting season or the facilities of your local gun club. Being indoors at this time of the year is especially welcome and can involve the whole family. So, while there are countless other possible gifts, have you considered buying your family membership of your local shooting club?
WELL DONE JACK!
North Kelsey clay pigeon star, Jack Wilkinson, played a massive part in the victory of the England junior team in the recent Automatic Ball Trap Home Internationals held in Dungannon, Northern Ireland. His total of 192 out of 200 was the highest by a junior and only two short of the best tally of the competition by a senior.

It is the most recent success in what has been a fantastic year for the teenager. Prior to the Dungannon competition Jack also played a major part in England’s success at the Home Internationals held in Falkirk and he also won an individual silver medal as well as team gold with the England team at the European Championships held in Dorset.

His big ambition is to win a world championship and to take part in the 2016 Olympics. On this form Jack’s dreams will come true.

TRAINING TIP
Some choose to keep their gun dogs in the house while others of course, prefer them to live in kennels. But if you have a new young dog undergoing some training for the field it is best if he is kennelled at the beginning, away from any possible distractions. Your traineee needs to be focused at all times during your training session and after each lesson he will develop quicker if he is kennelled away from the every day distractions of family life. This gives him more time to digest the training exercises he has undergone. Gundogs can be family pets and still make excellent shooting companions but the training must come first and time alone to think after training sessions will benefit the dog a great deal.

GET YOUR SIGHTS ON…
THE DISABLED SHOOTERS GROUP
Ever heard of the Disabled Shooters Group? Its secretary, Joe Marshall, is a Lincoln man and happy to discuss the group with anyone interested in helping or joining – and you don’t have to be disabled.

There are regular meetings, fun events as well as competitions, opportunities to shoot for the disabled internationally, a special classification system and prizes up to third place in all competitions and disciplines.

For many who thought they couldn’t, the Disabled Shooters Group proves they can.

The website is www.disabledsg.co.uk – well worth a look if you want to see something special.

CONCERNS ABOUT GUNS IN YOUNG HANDS
Government departments are being urged to speed up their overhaul of gun legislation after concerns were raised about children as young as ten being granted shotgun licences. It appears that about 1,000 youngsters under the age of eighteen, including children as young as ten, have a licence, but are not allowed to use the guns unsupervised until they are fifteen.

Bill Harriman, of the British Association of Shooting and Conservation (Basc), said the law was unclear over who may lend a shotgun to somebody else and a simpler, consolidated act “may remove the necessity for young people to apply for licences”.

Three leading shooting organisations said firearms legislation was formed from more than thirty Acts of Parliament and needed to be simplified in one easy-to-understand document.

Basc, the British Shooting Sports Council (BSSC), and the National Rifle Association (NRA) have given evidence to the Commons’ Home Affairs Select Committee which is reviewing the whole structure of gun laws.

Asked about the state of the law, Mr Harriman said: “It’s very complicated and it’s a mess. The law was so badly written as to how anyone under fifteen may borrow a shotgun and use it that youngsters have been choosing to get their own licence to ensure they stay on the right side of the law.

Mr Harriman added, “Nearly all British gun laws were introduced as reactive measures to an incident that had occurred. In our view that does not make good legislation.”

Both men insisted the current laws were sufficiently rigorous and worked “pretty well” but MPs were also told that while there was no minimum age limit for people being granted shotgun certificates, an individual must be at least fifteen before they could get a firearms certificate.

David Penn, secretary of the BSSC, said: “The reasons for that are probably lost in history. The legislation could be made more efficient. There’s a simpler system that could be adopted. A consolidated act would make life much easier for everybody.”

But he said he had been told it could take up to three years for the laws to be changed.

DID YOU KNOW?
The only animals for which there is a minimum legal calibre are deer. For rabbit control the .22 lr rimfire – fitted with a sound moderator and firing sub-sonic ammunition – is most people’s preference but other calibres such as .17HMR are also suitable. For foxes the preferred calibre is one of the .22 centrefire rifles such as .222, .223, .22-250 or a 6mm equivalent but they’re too powerful for rabbits.

Most .22 centrefires also fit the minimum criteria for shooting Chinese Water Deer and muntjac in England and Wales or roe in Scotland. Another possibility is the .243 which is suitable for foxes and all deer.