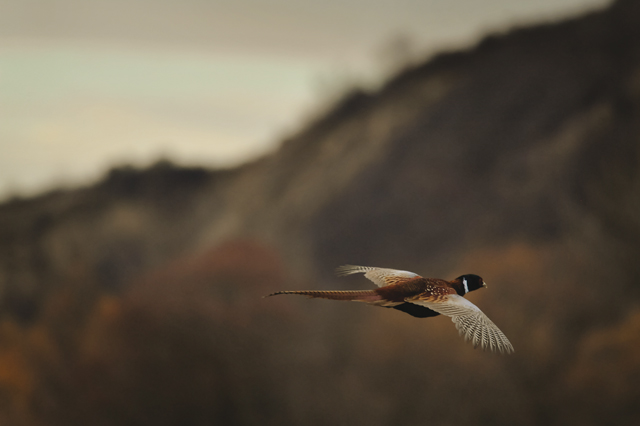 It is November already and the autumn is slowly giving way to winter. The shops are reminding us how many days are left before Christmas – yes really! So, time to start dropping hints about what you want as a festive gift. You might want to start a collection of antique guns and that’s where our new feature might help. Our expert, Bill Elderkin, really knows his subject so take a tip from him if you want to get serious about guns from the past – or the present.
GOVERNMENT BACKS SHOOTING
Jim Paice MP, the Minister of State for Agriculture and Food, reaffirmed the government’s support for shooting when he visited a stand hosted by the British Association for Shooting and Conservation (BASC) – the UK’s largest shooting organisation – not too long ago.

During his visit he said: “The government stands four square behind the shooting community; it’s a vital part of rural life, it provides a huge amount of assistance for conservation and is good for the countryside.”

Christopher Graffius, BASC’s director of communications, said: “It is heartening to hear the government’s support for shooting so clearly expressed and for the benefits of shooting for the wider countryside to be recognised at the highest levels. We welcome the minister’s comments.”

WISE WORDS FROM A MAN WHO KNOWS
“It is very unlikely that the opposition to shooting sports will ever be completely overcome, but there is no need to be daunted by it, provided we continue to concentrate on the education and training of newcomers and on the voluntary observance by all members of the codes of practice.”
HRH The Prince Philip Duke of Edinburgh

KWACS
KWACS is the Keadby Wildfowling And Conservation Society which was first started in early 1993. A comprehensive set of rules was drawn up using personal experience, BASC guidelines and the rules and constitutions of various other organisations. The society was accepted by BASC in September 1993. The society then applied for affiliation to the South Humber Area Joint Council of Wildfowling Clubs affiliated to BASC and were also accepted. Thanks to this the SHAJC members enjoy some superb wildfowling on two good stretches of the south bank of the River Humber on England’s east side.

KWACS aims are:
To promote and participate in the sport of wildfowling and other branches of shooting and related activities.
To conserve wildfowl and their habitat subject to the requirements of the sport of wildfowling.
To ensure that their members do not discredit the society, BASC or shooting in general through their behaviour.
To endeavour to obtain areas for shooting and manage them in the best interests of their members and the sport in general.
To enlighten the general public with regards to their chosen branch of shooting and other forms and country pursuits in general.
To bring together people from all walks of life with an interest in country pursuits.

Although an informal organisation, the society is governed by a strict set of rules. There is a healthy membership but it is always willing to consider applications for membership from interested persons. KWACS hold meetings on the first Monday of the month and this is where the informal approach can be clearly seen. The members are not just people with a similar interest but are a group of friends and as such any disagreements regarding rules, policies and other matters are usually discussed amicably and settled within minutes to the satisfaction of all the members present.

As well as wildfowling, the society members also hold occasional clay shoots to encourage non-shooters into the sport. Vermin control is carried out on several hundred acres but this is strictly by invitation only and a new member could be waiting months or even years before being allowed the privilege of joining the vermin control syndicate within the society. As individuals, the society members participate in deer stalking, target shooting, game shooting and clay shooting. Their knowledge of the various branches of shooting are often useful in many decisions affecting the running and general direction the society takes, but at the end of the day KWACS will always remain with its roots firmly planted in its original conception as a wildfowling organisation.

Want to know more? Take a look at www.kwacs.org.uk

PROFESSONIAL’S CHOICE
With the shooting season now well under way and pheasants being shot, as well as partridges, now that the birds are fully feathered and grown, we have some unusual guns that would be ideal in both instances, namely a best Williams Evans London nine-pin sidelock (this means the mainspring is at the front of the locks, giving better and more consistent detonation). This gun was originally made in 1929 for live pigeon shooting and has long 30/2 ¾” barrels with one set tightly choked and the other more open. This gun gives the modern day shooter versatility for early season partridge, where a more open choke is required as the birds fly quicker and lower over hedges out of game covers.

For shooting later season high pheasants the tighter choked barrels will come into their own. The gun balances perfectly with either set of barrels being slightly forward of the linchpin so that positive mounting and the all important follow through are easily achieved. Being a live pigeon gun between the wars this was very popular with the notoriety of the time, with competitions taking place in Monaco, France, Spain and Italy where very big wagers were placed during competition and approximately ten shots were fired per day. This type of shooting preceded down the line style of competitions we see today with clay pigeons and the gun only being used very few times, so they show very little sign of wear. This particular gun, which is complete in its leather case with two sets of barrels and both forends, is in excellent condition and shows the London gun making art at its best.