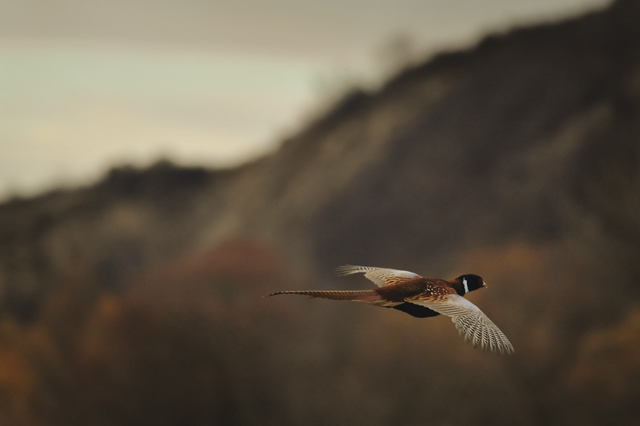 Welcome to the October edition of the Gun Room and, of course, the season opens up from the first of the month for shooting pheasant and woodcock shooting. That is good news for sportsmen and their dogs and if anyone wants to pick up some new equipment, or a few tips, the Robin Hood Country Show at Newark will surely be a show you won’t want to miss this month. Happy shooting.
ROBIN HOOD GAME AND COUNTRY SHOW
The old customs of hunting and gamekeeping have predominantly British affiliations; with one of the most breathtaking countrysides and abundant collections of game, it’s no wonder rural residents have kept the traditions alive. An event that prides itself on exhibiting these long-lasting customs is the Robin Hood Game and Country Show, which this year takes place at Newark Showground on the 15th and 16th of October.

Devoted to the pastoral districts, the show specialises in the great outdoors and is a must for shooters, gardeners, ramblers, archers, fishermen, gamekeepers, countrymen and, of course, women! A separate area for children and families to enjoy the day is also established inside the show, with the broad array of attractions catering for both countrymen and merrymen.

Adult shooting activities are set to test the precision, stealth and endurance of some of the budding gunners. You can test yourselves with acute competitions and experiences on the ATEO air rifle range or clay pigeon shoot. For the more playful or under-aged shooter there is the alternative option of the Paintball Firing Range. This year’s Robin Hood Game and Country Event is sure to go off with a bang!

The opening times are 9:30am – 5pm every day and pre-booked discounted tickets are available at www.robinhoodcountryshow.co.uk

Olympics organisers are giving 125,000 lucky schoolchildren prized seats for any event next summer – except those involving guns.

Along with London Mayor Boris Johnson they fear a backlash from anti-gun lobbyists and are excluding fifteen shooting events, whose general issue tickets have already sold out, from their Ticketshare giveaway.

But Wilson – who earlier this year earned Britain an Olympic quota place in the men’s double trap by winning World Cup silver in Chile and recently was part of the British team that won the European title – believes a chance is being missed to change the perception of the sport.

“I’m obviously sad to hear that but I think at the end of the day shooting does have a bad reputation and has been given a bad reputation for all sorts of things, but we are the most safe sport out there,” he said, during a conference call organised by the British Olympic Association

“I think that most people, certainly if you went into inner city London and said to someone who was fairly young ‘shooting’ they wouldn’t say ‘double trap’, they certainly wouldn’t say ‘clay shooting’, they’d probably think someone had been shot and they may well know someone who has been shot.

“I think we have to change that public perception that shooting is actually a valid sport.

“I think there is only one way to change public perception and that is if everyone is given the chance to see it for themselves and possibly even have a go themselves in a safe environment.”

Peter raises a good point: How child-friendly is shooting in Lincolnshire? Judging by the number of young people who are progressing well in various elements of shooting, the county is performing well. But is it still a selected few? Could more be done to teach youngsters the joys of competitive shooting while also teaching about the horrors of guns used in a wrong way?

Why not let us know what your club is doing to send out the right signals and encourage youngsters to shoot for sport only? If the answer is ‘nothing’ you may have the need for a new club ethos on your hands.

SPALDING WILDFOWLERS
If you want to try something different, how about joining Spalding Wildfowlers? Who are they? Well, in 1954 a group of like-minded people held a meeting at the Ship Albion pub in Spalding. The reason for this meeting was to identify ways that wildfowling could be protected and secured for future generations. The outcome was the formation of the Spalding and District Wildfowlers Association. Since that inaugural meeting, the Association has gone from strength to strength and in July 2002, the Association changed its status to a Company Limited by Guarantee (a move welcomed by the Trustees).

The Spalding and District Wildfowlers Association Limited (SDWA Ltd) has wildfowling rights on marshes around the mouth of the River Welland within the Wash, one of the largest estuaries in Britain. To secure our shooting, long-term leases have been secured from both the Crown and local landowners around the mouth of the River Welland. Combine these leases with reciprocal agreements from neighbouring clubs and our members have access to approximately eight miles of foreshore. Please note that Kirton and Frampton marshes (which are under the control of South Lincs Wildfowlers) are not available to first year members of our club unless accompanied by a member of SDWA who has been in the club for more than one year. This area stretches from Dawsmere Creek, Gedney Drove End to the Witham Outfall, Boston. Add to this the sixty acres of inland marsh on the Ouse Washes, which the SDWA Ltd co-own, and there is enough shooting for all.

Situated on the east coast of England in the county of Lincolnshire, the Wash incorporates the estuaries of four rivers: the Ouse, Nene, Witham and Welland. The lack of disturbance on the vast areas of flats and abundance of suitable feeding areas make the Wash an ideal site for wintering wildfowl. Because of its ornithological importance the Wash has been designated a Ramsar Site, Site of Special Scientific Interest (SSSI) and Special Protection Area (SPA).

With its very large populations of wildfowl, the Wash has been a traditional focal point for coastal wildfowling. The marshes shot over by the SDWA Ltd are visited by most wildfowling quarry during the season. The highlight of the season has to be the arrival of Pinkfooted Geese from mid October onwards. In the 1930s people relied on wildfowling and fishing to earn a living. Today wildfowling continues to be a form of recreation valued by a considerable number of people; in particular, the members of the twelve clubs that shoot around its coastline. Many people have enjoyed the magic of wildfowling on the Wash, including the late Sir Peter Scott and the legendary Kenzie Thorpe.

Want to know more? Take a look at www.spaldingwildfowlers.co.uk.

HAVE YOU NOTICED?
The Young Shots event organised by The British Association for Shooting and Conservation, in association with Lincolnshire Active Community Network, organised a ‘Young Shots’ day last month for young people aged 8 to 17 years of age to provide education and training in shooting and country sports.

It was such a success that there are already dates being discussed for similar events in 2012.

Dave Carter, Facilities Manager at Lincolnshire Active Community Network, said: “We have been very lucky to get the support from BASC to hold this event – the first of its kind in Lincolnshire. We were delighted with the response. Not only did it give people access to a hobby which may last a lifetime but we may have set someone on the road to gold medals.”

The event did not come about by accident but was the result of a lot of hard work behind the scenes. That poses the question – why?

“We are very keen to fully promote every sort of sport in the county and introduce some which have never yet gained a following here,” said David Carter. “Shooting in all its forms knows no boundaries of age, skill or physical ability. It is especially popular among those less physically capable than others. That is the sort of activity we are really keen to promote so that is why we are organising more shooting events in the future.

“We want the clubs and their members to get involved in promoting the different elements of the sport and make this the most talented shooting county in the land.”