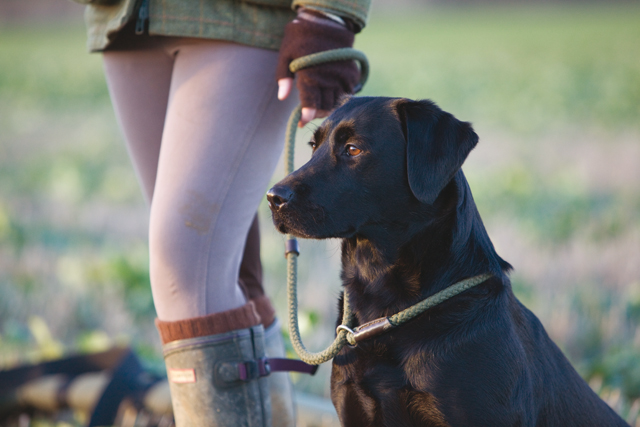 The Gunroom provides the best platform for all shooting pursuits – Send us your news on editorial@lincolnshirelife.co.uk
REEPHAM SHOOTING CLUB
Interclub Target Shooting Competition

Reepham shooting club is set in the rural countryside of Fiskerton. The weather was warm and sunny to welcome competitors to the second interclub competition held by the Reepham club and organised by Carl Stuffings and Forest Lodge Guns of Wragby.

The competition was staged over twenty-five metres, which was a bench rest competition, and saw competitors aged from fourteen to over eighty competing side by side. The winning team this year was Reepham, after a close competition with last year’s winners North Cotes Butts shooting club from Grimsby. The team was made up of Jennifer Evans, Andrew Evans, Janet Taylor and Ian Evans. They won a .22 Savage Rifle, which was donated by Edgar Brothers. What made this result even more pleasing for the club was the fact that their team included two juniors. Jon Workman from Edgar Brothers said: “It is encouraging to see so many young people in the sport, the future looks good.”

A prone competition was held over seventy-five metres which saw thirty people competing for the first prize, which was a long-range shooting experience donated by Desert Tactical Arms. This was won by the North Cotes Butts team of John Rhodes, Rachel Sullivan, Nigel Hopkins and Allen Gurgett.

In addition to the prize, the club was presented with the Geoff Stuffings Trophy by Carl Stuffings in memory of his father who set up the range.

The individual competition was won by John Rhodes with Rachel Sullivan finishing runner-up and Andy Graham from Lincoln Target and Pistol Club finishing in third spot.

In addition to the fun on the range, a clay competition organised by Lincoln Army Cadets was held to raise funds for a local charity which realised £255 pounds. The individual winner was David White from North Cotes and the runners-up were Malcom Moore and Trevor Wilson from Lincoln.

Chris Comins of Forest Lodge Guns said that the day was a fantastic success. It is hoped that this will become an annual event with even more clubs attending next year.

Anyone requiring information on Target Shooting Cubs in the county should visit http://www.lsra.co.uk/

With a new shooting season upon us and ever more opportunities to take to the field, I thought I would just step back and have a light-hearted look at why we do what we do with rod or gun.

I have tried most things that can be undertaken with a shotgun, from wildfowling to driven game, bolting rabbits to clay shooting but it is shooting pigeons over decoys that really floats my boat week in week out.

Living in rural Lincolnshire all my life, I have built up a network of connections and contacts with farmers and keepers that allows me access to a considerable area of ground without travelling too far. I also know that I am very fortunate in this respect, but it has been hard earned over many years.

With my pal George, I try to get out at least once a week to shoot pigeons over decoys or in the woods, but as we both still have to work for a living this has to fit in with many other commitments, not least family – and by this I mean my wife, who though very tolerant and patient, sometimes lands me with a task that requires my presence just when I have spotted a field blue with pigeons. It’s called Sod’s Law.

Having made a detour on our way home from work or the shop, we just happen to find ourselves driving past our favourite farm and just happen to spot a mass of birds feeding on a field and of course this needs our immediate and urgent attention.

On arriving home full of excitement and about to grab my gun and some cartridges I am greeted with “Can you just pop over and pick mother up? (she lives thirty miles away) She’s coming for the weekend.” This calls for very quick thinking and sometimes nerves of steel as I try to work out a plan that will pacify ‘her indoors’ and still get me out shooting. Thankfully my wife is very accepting of my ‘little hobby’ as she calls it, but others might not understand the hunting gene that is ingrained in our hearts and minds.

The ‘thrill of the chase’ is a term used many times to explain what we do, but it is really the pursuit of the unknown inasmuch as the fisherman never knows when he is going to get a bite and the ferreter wonders if this will be a fruitful trip. For me, setting off decoying, it’s the anticipation that this will be a good day in terms of birds in the bag that continues to drive me on and has done for so many years.

Still married after forty years I learned very early on that on occasions sacrifices had to be made if I was going to continue to spend the time that I wished in pursuit of the second love of my life.

Now we all know that it can often be a fine line between the subjects of our devotion, but if your partner is happy she will like to see you happy also, so this means more trips out with the gun and dog if you have one, or the fishing rod or the ferrets.

I am not surprised that my wife sometimes fails to show the expected level of enthusiasm when I arrive home and present her with the fruits of my labours, often in the form of fish or game.

All too often she will just not understand the supreme effort, often in all weathers, that I have undertaken in order to put food on the table.

Sometimes I must accept that she may show a certain level of derision at the prize. She may even suggest that it would have been quicker and a lot less effort to pop down to the supermarket for it.

But as you and I both know nothing will ever taste as good as the game or fish that has been secured by your own skill and field craft. Sadly, on occasions, all of my hard work counts for nothing as my wife takes one look and consigns it to the dustbin on the end of a shovel while at the same time holding her nose. Ah well, there’s always next time. Happy days.