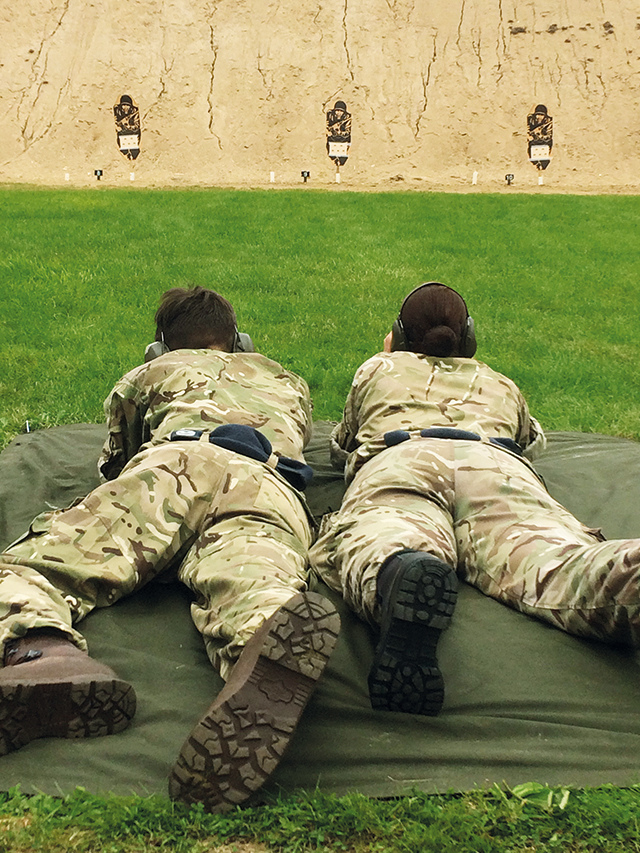 September is here and we are just a few weeks into the change in season which began with the Glorious 12th and opened the way for more sport in the field. Meanwhile, in the aftermath of the Olympics, life goes on with all the county’s shooting clubs. Word has it that we are in for an Indian summer too, so there’s plenty of action still to come. Enjoy.
CLA GAME FAIR HELPS EXHIBITORS WITH ONLINE MARKET PLACE AND SOCIAL MEDIA
The CLA Game Fair has launched two online initiatives to help struggling exhibitors in the wake of the show’s cancellation.

The show has created an Exhibitors’ Market Place Forum – on Facebook at www.facebook.com/CLAGameFair/app_202980683107053 – to give businesses that had planned to exhibit at the CLA Game Fair at Belvoir Castle a chance to sell their stock and to post offers and special deals.

The CLA Game Fair has also created a Twitter hashtag – #CLABIZ – to support rural businesses and provide a platform for promotion, networking, meeting customers and suppliers and driving sales.

CLA Game Fair director, Andrew Crawford said: “We are keen to help exhibitors by using the strength of our brand to sell their goods online.

“They have been badly hit by the cancellation of the show. Many shows have been cancelled this year and we hope that the #CLABIZ hashtag and the Exhibitors’ Market Place Forum will do a little to improve what we know is a bad situation for them.”

SHOOTING STAR
If anyone needs an incentive to join the shooting club, how about Peter Wilson’s Olympic gold medal and the fact that back in 2006 he became European Shooting Champion just four months after trying his hand at sport shooting for the first time.

On the fifteenth of this month Peter will be twenty-six and has many shooting years ahead. Will there be moments that will compare with winning the gold medal last month, something which he told his coach earlier in the year that he would do?

He said: “It was a wonderful result but it is one that I must say was expected. Peter is a methodical person and he actually said to me earlier this year that he was going to break the world record at some stage and lo and behold he did that in March in America.

“He also said that he was going to win the Olympic Games. He is always a man who does what he says.”

He certainly does but even he, the youngest man in the competition, could not help slipping to his knees as his victory was confirmed and the cool composure he had displayed quickly disappeared.

The son of a farmer and a former barman, Peter said he would celebrate by “getting very, very drunk, probably do something stupid and have a lot of fun.”

His success was Britain’s first gold medal in shooting since the 2000 Olympic Games in Sydney.

Peter Wilson began shooting on his father’s farm in Dorset at an early age and, after training at the Southern Counties Shooting club range, won the double trap European junior title in 2006.

A lack of British shooting medals at the Beijing Olympics in 2008 meant that UK Sport cut its shooting budget, meaning Wilson had to work part time as a bartender at his local pub – the Poachers Inn in Piddletrenthide – to fund his Olympic dream.

He struggled behind the bar because he was more comfortable at the shooting range and his persistence and hard work has finally paid off.

“It shows that hard work is worth it in the end,” he said. “I have had a lot of great support from lots of people along the way and that’s one of the great things about shooting – everyone wants to help. There’s a great fraternity. If anyone has been thinking about taking up the sport but hasn’t yet done so, I would simply say don’t wait any longer; go for it. There might be a gold medal waiting.”

ESPECIALLY FOR THE DOGS
Bring your dog closer to the page and ask them if they would like you to join the Lincolnshire Gundog Society.

The Lincolnshire Gundog Society was formed in November 1986 from the Gundog branch of the Humber Wildfowlers. The aims of the Society are:
1. To encourage the novice handler.
2. To conceive the best type of working dog.
3. To promote field trials.
4. To promote working qualities in the dogs by holding training classes and working tests.

Talking of training days, the club has held a number of very successful training days in 2012 and wants to thank everybody who has supported them. Next year’s training events are already well into the planning stage.

The club takes part in many other activities. If you would like to know more drop them an email at info@lincsgundogs.co.uk.

SAD END TO RIFLE CLUB
Spalding Rifle Club has closed as a result of the proposed demolition of the Sports and Social Club and indoor rifle range in West Marsh Road, Spalding.

The closure has seen the demise of two rifle clubs that until recently used the range and also ends an association of more than a century with rifle target shooting as a sport in the district.

The facilities have served the town and district well, having been home to the British Sugar Rifle Club, Spalding Rifle Club and Holbeach Rifle Club as well as shooters from the police and the Air Training Corps.

Spalding Rifle Club chairman, Geoff Clark said: “I have been a shooting member of Spalding Rifle Club for fifty-two of the sixty-seven years that it has been in existence and it is with some regret that as chairman I have now been responsible for overseeing the closure of the club.”

The club can trace its origins back to 1910 when one of the most successful village rifle clubs in the country was founded. Pinchbeck Rifle Club won national competitions open to any club in the country and had numerous successes at county level.

The club has had many notable successes during its lifetime with members shooting for the Lincolnshire County team which competed with some success in national county leagues.

A selection of the club trophies and the minute book which covers meetings since 1945 until the club’s closure have been given to the Spalding Gentlemen’s Society for posterity.

BEWARE THE BUZZARDS
There have been more and more sightings of large buzzards in the county, but these fantastic birds bring with them a possible legal challenge. In Scotland recently a gamekeeper was heavily fined for causing the death of a buzzard which became caught in one of his crow traps.

He pleaded guilty to the charge and admitted that he had failed to inspect the trap every twenty-four hours. The buzzard had become stuck and starved to death.

Some birds which are protected are considered a nuisance by some gamekeepers but it is worth remembering that protection means heavy fines, and worse, if anyone is found guilty of breaking the protection laws, even by neglect.

GLORIOUS TWELFTH
Known as the Glorious Twelfth this special day in August brings in the grouse shooting season, mostly in Scotland and the north where grouse are much more common.