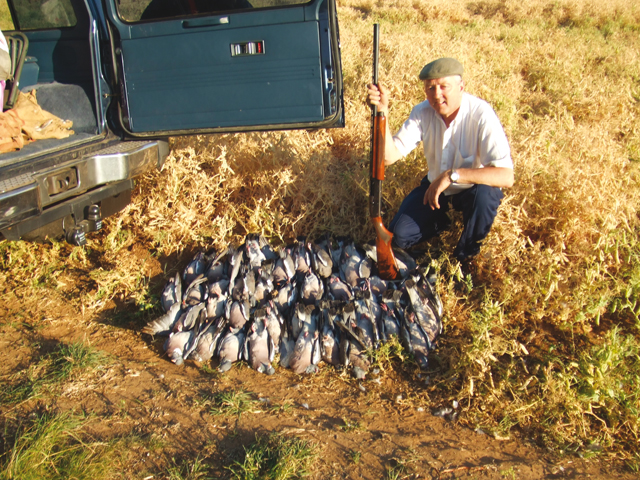 The Gunroom provides the best platform for all shooting pursuits – Send us your news on editorial@lincolnshirelife.co.uk
LINCS DOG OWNERS WARNED BY CLA TO KEEP ANIMALS SAFE FROM INCREASING RISK OF THEFT
The CLA is warning its members to keep their dogs within sight and in a secure location to cut the chances of being a victim of thieves.

A total of 217 dogs were reported stolen in the CLA’s eastern region during 2013 – with twenty-four from Lincolnshire – and this figure is expected to rise.

CLA eastern regional director, Nicola Currie said: “The temptation on a hot day is to let your dog go unattended into your garden, or out on your land, to find some cool shade. It’s also easy to let it run free and go out of sight while you are on walks. Unfortunately, this offers thieves a golden opportunity to take your animal.

“Many dogs are targeted by thieves because they can make money selling them on, often for breeding or for fighting. Leaving a valuable and much-loved animal in your garden in sight of a road or a public right of way gives thieves a chance to monitor your movements and security with a view to possibly stealing it to order.”

DogLost.co.uk has noted a dramatic increase in the thefts of gundogs nationally since the laws surrounding metal theft were tightened in December 2012.

The CLA recommends that owners ensure their animal is microchipped and wears a collar and ID tag. If your dog is stolen, you are recommended to report it to the police and contact your local dog warden. You should also check local animal rescue centres, websites such as DogLost and social media to circulate details of your dog as widely as possible.

IN THE FIELD
If like me you managed to make it to this year’s CLA Game Fair at Blenheim Palace in Oxfordshire you were treated to the wonderful extravaganza of all that is great in our wonderful countryside.

Row upon row of trade stands showcased their wares to tempt us into parting with a bit of our hard-earned money.

Whether you wanted to buy a helicopter or a Rolls Royce, or just wanted a few bits in the form of trousers or long socks, it was all there in its magnificence.

Blessed with wall-to-wall sunshine on the Friday, I felt that this was one of the best Game Fairs in recent years with a very upbeat feeling to it, as perhaps we are at last seeing an upturn in the economy and hopefully better times to come.

September heralds the start of a new season for us low ground shooters, with partridge and duck shooting starting from the first of the month. For those of you lucky enough to shoot grouse, you may have already had a day or two on the moors, as your season started on 12th August (or the Glorious Twelfth as it is known). I’m sure nothing stirs the emotions more than to be on heather filled high moors in warm sunshine as a new season unfolds.

Our sport continues to come under ever increasing pressure from those who wish to see shooting banned. A call for a total ban on lead shot has been raised again by factions within the EU. This is not the first time, and it won’t be the last, that those against us use any tactics to nibble away at the edges of our sport.

Thanks to organisations like the BASC and the Countryside Alliance, however, as well as others making strong and robust representations on our behalf, this threat has been averted for the present.

What these threats emphasise for all of us who engage in country pursuits is the importance of being a member of a shooting organisation, as it is only through giving our support that they can be constantly vigilant on our behalf.

By now the cereal harvest will be almost complete but our pursuit of the wily woodpigeon continues with some good bags having been taken on the autumn stubbles. My pal George and I have been employing a two-hide tactic in recent weeks. By building two hides thirty yards apart, with one extended decoy pattern in front of us, we have been able to increase our opportunities and thus shoot more pigeons.

There was a time when pigeons and man did not co-exist easily together, with the pigeon preferring to stay away from habitation and the urban sprawl. Now they appear to have lost all fear and are seen in large numbers in our towns and cities, as well as our parks and our gardens. I have had a pair nesting in a conifer all summer, not ten feet from my back door. They show no fear as we go about our daily life of coming and going.

Although I shoot pigeons on a regular basis I would not dream of disturbing those in my garden. Shooting pigeons over decoys entails being concealed in a hide, usually four poles and a camouflage net, but I recently needed something to use on the stubbles. Nipping into my nearest DIY store I bought a cane screen from the gardening department. I now have a light and very portable hide that blends in a treat.

It was a great opportunity for pistol enthusiasts at a recent Holt’s sale. Some twenty years ago the law changed in this country forbidding people to own pistols of modern manufacture. Thousands of people had to hand over their firearms; some from wartime, some for gun club or collecting purposes. However, one is still allowed to own obsolete weapons in this country – this means guns for which ammunition is no longer available.

These weapons are often of high quality and collectable. Readers may remember Lot 636, a London Colt (i.e. proofed in London) belonging to the Monson Family of Burton. It made £6,500 with commission.

Colt stole a march on our makers producing that pistol we all associate with the Wild West. While we were still producing pepper-box pistols, in circa 1850 Samuel Colt produced the iconic revolver that we all recognise. The world bought his very diverse product and he even set up in London in direct competition.

Julius Goodwyn was born six years earlier than Baron Monson of Burton. However, they both fought as professional soldiers; in Goodwyn’s case the Crimea, the West Indies, then India. They both had similar Colt 1851 Navys, both .36 percussion (needing a percussion cap, then a ball was loaded by hand). Spare drums could be pre-loaded and carried in a belt. Goodwyn’s, Lot No 625 sold for £11,000. Goodwyn made General and died in 1890 aged sixty-six in Somerset, with a personal estate of £17,609 13s 11d.

Another Colt 1851 Navy made £18,000 – Lot 635 manufactured in 1853, fully gold inlaid, engraved by Gustav Young and cased. This is perhaps the finest Colt in existence. For whom was it made? Sadly there is no record.

In Europe a Belgian, pepper-box pocket revolver, Lot 950 made £700. It seems rather old-fashioned when one views the competition; fluted, blued barrel cluster inlaid with geometric designs in gold and silver, with smooth ivory grips in original condition. This pistol is pinfire, still obsolete; basically a small cartridge with a pin protruding from the case and the action which was activated by an external hammer – neat but slow.

My personal favourite was Lot 619, another .36 1851 Navy. The whole revolver was etched in gold, with octagonal barrel, walnut grips (undoubtedly for the Indian market). Another percussion pistol, it made £7,000. All of these items represent a useful tax-free investment. We will not see the likes of them again.

Do you have vintage pistols or shotguns of any sort? Call me, Simon Grantham on 07860 300055 to discuss or consign.