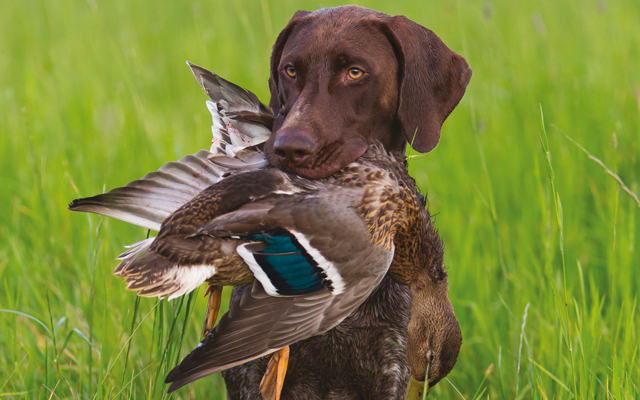 The Gunroom provides the best platform for all shooting pursuits – Send us your news on editorial@lincolnshirelife.co.uk
FROM WHERE I’M STANDING
It’s difficult to believe that it’s September already – as they say, time flies when you’re having fun. By now many sportsmen and women will have opened the shooting season on the moors with the red grouse being the quarry. Many guns consider this bird to be the ultimate test of shooting skill and adrenaline rush.

Nowhere else in the world can show this magnificent bird in such a setting as the grouse moors of England and Scotland, and in managing these wild places for grouse so many other species are enhanced. Despite what the RSPB would tell us about hen harrier persecution, more hen harrier chicks were produced this year on managed grouse moors than anywhere else. This is because the right habitat is maintained, ground predators are controlled, and food is abundant – an inconvenient truth to bird protection groups who still continue to blame shooting interests for this iconic bird’s failure to substantially increase in numbers.

The first day of September signals the start of what is termed lowland game shooting, and for us here in Lincolnshire that means that partridges and ducks are now ‘on the menu’. We cannot shoot pheasants until October. All the hard work put in throughout the summer by the gamekeepers and shoot organisers will now start to come to fruition. The first shoot day will be welcomed with great anticipation and excitement by all involved. Shooting, like hunting, provides a focal point for so many people involved in country sports in general – not just for the guns, but the beaters, the pickers-up who work their dogs, the stops, the drivers, and the game dealers. Ultimately, for those who put game meat on their plate, it is wild, free range, totally organic and a great British dish and if I dare say it, “involves no air miles”. Okay, so they fly, but you know what I mean. If you have yet to try game you are missing out on a culinary delight.

On the subject of food, during my recent visit to the CLA Game Fair at Harewood House I came across some game flavoured crisps, developed by the BASC and using 100% British grown potatoes. The flavours consist of grouse and whinberry, as well as smoked pheasant and wild mushroom. Both packets feature a photograph of the relevant landscape, and information about the habitat and conservation measures. They come in 40g packets and you can find out more about them at www.tasteofgame.org.uk/crisps

September also signals the end of summer. The days are shortening, the cereal harvest will be coming to an end and the leaves on the trees will be turning autumn gold, all signs that winter is approaching. In the coming month, most of the migratory birds that spend the summer with us will be leaving. Some, like the cuckoo, are long gone but for the rest such as swallows, house martins and swifts, this is the month that they start to gather together ready for the long flight to Africa. Surprisingly, even some of our more common garden birds, such as blackbirds and robins, migrate to warmer climes each year.

I was recently asked by a glossy shooting magazine to do a report on pigeon decoying over autumn stubbles. Normally one will read similar reports about how the correspondent had a red letter day as the pigeons poured in and he shot like a hero – not so in my case. Taking a professional photographer with me to record the day I struggled to find any real number of pigeons willing to oblige either me or the cameraman. Despite my best efforts, the total bag for the day was just seventeen pigeons. This really does highlight the mixed fortunes of pigeon shooting for probably ninety-nine per cent of shooters who week in and week out do their best to try and achieve that red letter day.

Pigeon shooting over decoys is a wonderful sport as well as a serious method of pest control and if you are to be moderately successful you have to do your field craft. On this occasion I failed to take the weather conditions and the feeding patterns on the day into account, instead relying on my many years’ experience which on this occasion let me down. So the article ended up being not so much about how to shoot lots of pigeons but rather how to do better when things do not go according to plan. Of course, this does not dent my enthusiasm and with my shooting pal George we will be out there in the coming months doing our best to help our farmers control Britain’s most numerous bird, the wood pigeon.

A DAY IN…
Three appointments the first day after my summer holidays.

Just an ordinary Thursday after my summer hols.

Appointment No 1: an Army and Navy CSL 12 Bore Side by Side. The CSL means Cooperative Society Limited, most owners remain unaware of this. A stunning gun made around 1895 by WM Scott of Birmingham. Army and Navy contracted all their work out, mostly to Scott and Webley, also to Churchill and Holland. They supplied Officers with firearms, from India to Australia.

Appointment No 2: a 12 Bore Side by Side by W Richards of Preston. Amazingly it’s the same gun obviously supplied by Scott in the white (action and barrels and nothing else). Richards then engraved, finished and blued the action. But it’s still a Scott, with its extended Doll’s Head (third bite) and rectangular lump protruding through the action. Lovely quality and built to the customers’ requirements. This was No 2 of a pair, both guns being worth around £1,500.

William Middleditch Scott was the man responsible, his father also William Scott started in Birmingham in the 1820s in the gun trade. By the 1890s they were one of the best gun making businesses in the country. Of particular note is his invention, called the ‘Scott Spindle’ (i.e. the top lever that connects to the bolt underneath) formed the basis of the modern Side by Side shotgun. Later the firm joined up with Thomas Webley to form Webley and Scott in 1906, who went on to make 300,000 MK 6 revolvers for the army during WW1.

My final appointment was with a very old Williams and Powell 12 Bore Hammergun, Damascus barrels, Jones under lever and covered in rust, unloved and of no value. It had been converted from pinfire to percussion. The locks were made by J Grainger of Wolverhampton and of high quality. The most interesting part was the solid silver escutcheon.