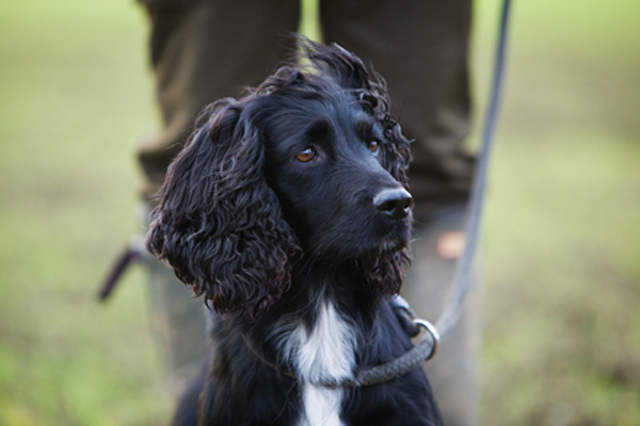 The Gunroom provides the best platform for all shooting pursuits – send us your news on editorial@lincolnshirelife.co.uk
Conservation award for Vine House Farm
Those of us who hunt, shoot and fish have long been aware that what we do as a living or as a pastime also makes a huge contribution to conservation and other wildlife in general. It is particularly pleasing when a farmer from our county is internationally recognised for his efforts and hard work.

Nicholas Watts of Vine House Farm, near Market Deeping, has an enviable reputation for the many years of conservation work on his farm. He is no doubt delighted that his efforts have been rewarded with the silver award in the coveted annual Purdy conservation awards, along with a cheque for £3,000.

He was praised for his outstanding wild game management, including several key habitat improvements and 35km of new open cultivated strips. Nicholas had previously won the silver award in 2002 and has certainly not rested on his laurels, as he continues to put conservation at the top of his agenda while at the same time managing a viable farm shoot.

Winter Feeding
Talking to a shoot manager recently, he told me that part of his shoot is an SSSI (Site of Special Scientific Interest) and is part managed by Natural England, a government body charged with protecting rare sites. He has been asked to remove game feeders from some woodland because, “They only feed pheasants.”

Clearly this particular Natural England official has never visited a game feeder in wintertime. If he had he would see a huge variety of wild creatures taking advantage of the shoot’s bounty – everything from finches to woodpeckers; wood mice to rabbits; even deer and badgers have all been seen and embraced as they use the feeders to get them through the cold winter months.

I often wonder if some of these government bods ever get out of their warm offices to see how the countryside is really managed. With the coldest months yet to come it is vitally important that we all do our bit to help our garden birds get through to spring, so please keep your bird tables and feeders topped up.

January Shooting
With the New Year comes the closing month of the shooting season, but it also provides some wonderful sport as this is the month when the pheasants are at their strongest and their flying ability is at its peak. Nothing beats a January pheasant powering over the guns at full speed on a cold and frosty day; this definitely puts your shooting skills to a stern test and every bird is well earned.

Over the Christmas period and into the New Year many youngsters will be off school and will be joining dads and others out in the field. I recently attended a shoot day with friends where a young girl of about eight years old was with her granddad in the beating line. Her excitement and pleasure was a sight to behold, it reminded me of the importance of introducing newcomers to our sport, not just youngsters but adults as well.

Next time you are talking about your sport and someone says “I wouldn’t mind trying that,” your response should be, “Come out with me next week and I will show you what it’s about.” Only through encouraging others to participate in our sports can we ensure its future.

Finally, if any of you have observations or comments or any questions you would like to ask, please feel free to contact me at Lincolnshire Life. Happy New Year to you all.