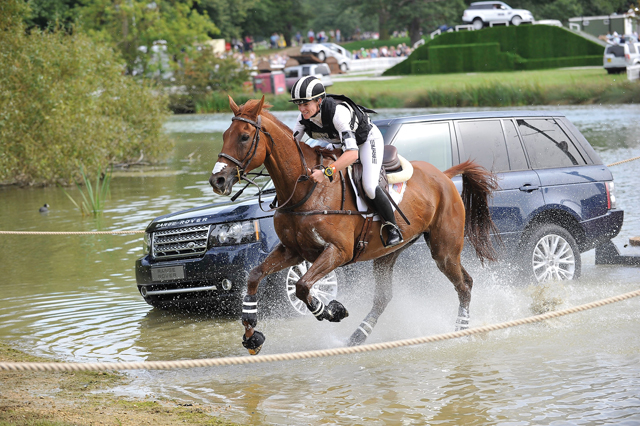 Eighty-six horses from eleven different nations have been entered for The Land Rover Burghley Horse Trials (5th – 8th September), many of whom will be hoping that a brilliant performance at the famous event will give them a head start towards the 2014 World Equestrian Games (WEG) – the countdown has begun.
Five former Land Rover Burghley champions will be competing. They are headed by William Fox-Pitt who, with an extraordinary six wins under his belt, is the most successful rider ever at Land Rover Burghley and who has 2011 winner Parklane Hawk among his choices.

His great rival Andrew Nicholson, who has been virtually impossible to beat since his 2012 triumph, has entered his winner on that occasion, Avebury, and also his Pau and Luhmühlen CCI4* heroes Nereo and Mr Cruise Control.

Sir Mark Todd, whose Burghley victories stretch back to 1987, has a promising duo in new ride Oloa and Ravenstar.

Pippa Funnell, who became the only rider so far to win the Rolex Grand Slam at Burghley in 2003, has entered her 2010 World Equestrian Games mount Redesigned.

They will face stiff competition from the likes of Oliver Townend and Armada, winner in 2009 and fourth here last year – and this year’s sensation, Jock Paget. The twenty-nine-year-old New Zealander has so far snatched the two crown jewels of the British eventing calendar, The Mitsubishi Motors Badminton Horse Trials and the British Eventing Open Championship at Gatcombe Park, and has entered his winners on those occasions, Clifton Promise and Clifton Lush.

Land Rover Burghley event director, Elizabeth Inman said: “This has to be one of the strongest entries we’ve ever had. There are four-star winners, gold medallists and up-and-coming stars hungry for a win. Mark Phillips’s cross-country course will provide them with a really exciting, tough challenge and we can’t wait to see who will take home the Land Rover Perpetual Trophy.”