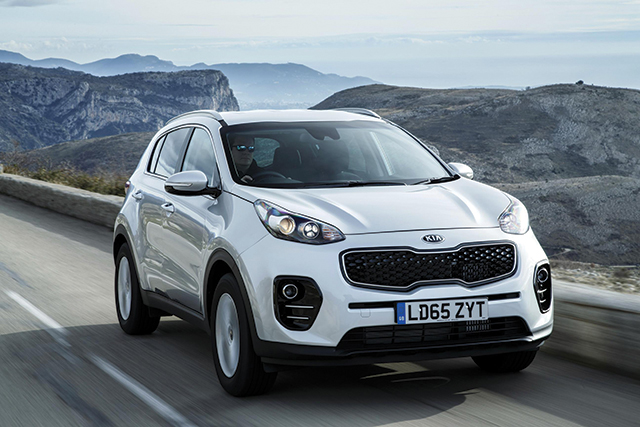 The all-new Sportage is here

Those in the know are aware that Kia’s Sportage is one of the best in its class and pronounce positive verdicts on its range of outstanding and appealing features. From the respect-inducing styling to its supple ride and sweet economy, the new Sportage crosses the ‘t’ of the crossover formula even more successfully than before.
A top class motor in other words, befitting those lucky aficionados who like driving in style and looking stylish as they drive. No wonder the Sportage has been the fourth best-selling car in its class in Europe. Now the all-new model takes the Sportage to even greater heights.

When I put the £22,050 ‘2’ specification 1.7 CRDI Eco, two-wheel drive variant through its paces, I was never less than impressed by its ‘even better than before’ road manners, its constant acts of courtesy to driver and passenger, its confidence-inspiring commitment in everything it does to dealing out the best possible hand.

There’s nothing to beat a car that ticks all the boxes and boxes the ears of the opposition, making catch-up clowns of them all. I have to admit the New Sportage makes sense.

You want a car that doesn’t crowd you in; a car that is compact enough for nimbleness and yet capacious for proper comfort. In other words you need a car that pursues the horizon with a no-compromise poise and assurance, belying the crossover tag and its implicit engagement with a plethora of sometimes contradictory imperatives. The Sportage is all these and more. Versatility is the key. A boulevard cruiser for Chelsea? A commuting express? The new model Sportage is the way to go because it’s now bigger inside, better quality inside, has more boot space, feels more refined, ‘drives’ better. In fact it has taken a quantum leap forward and feels a much better car – and that is quite an achievement when it was already so good.

Chattering away excitedly at tickover, the 114bhp 1.7 diesel that only emits 119gm/km of CO2, soon quietens down and smooths out to pull like a train without having to overuse the light and slick six-speed gearbox – all the way to about 110mph. And yet it returns good economy. I doubt that you will equal the claimed 61.4 mpg overall – but expect more like 57.8mpg.

Its delight on the road resides in noticeably improved handling and ride. At the wheel one is struck by the balanced feel, ease of control and relaxed performance.

Kia needs no reminding that their’s is a name to be reckoned with – and with this in mind one knows that their products are just that little bit more considered. You get a lot of car for your money and the bonding process is rapidly completed so that before you know it you have come to regard the Sportage as a member of the family. And then there is that industry-leading seven-year warranty. If ever a car manufacturer put its money where its mouth is, this one does. You don’t take risks like that unless you have absolute confidence in your product.