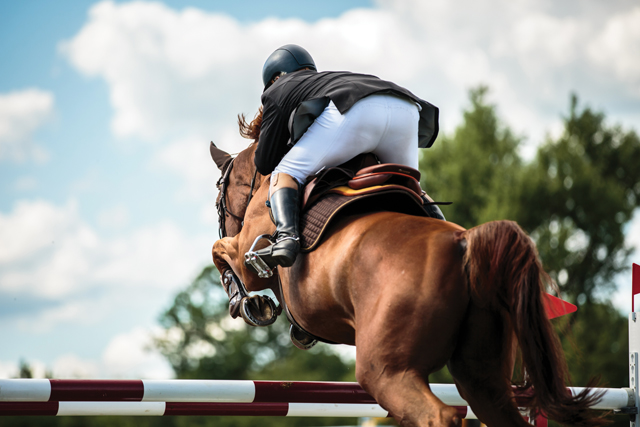 A schedule of countrywide qualifying rounds for the first ever Game Fair Showjumping Championships, supported by British Showjumping, have been unveiled.
Organisers of The Game Fair, which is Britain’s largest and most prestigious countryside event, have announced a series of qualifiers to be run at eight of the premiere county and agricultural shows.

Riders will be competing to secure a coveted slot at the inaugural Game Fair Showjumping Championships that will be run on Sunday 31st July, the final day of the three-day event at the magnificent Ragley Hall in Warwickshire.

“Six competitors in each class will be in with a chance of winning exceptional prize money at The Game Fair Showjumping Championships, held for the first time this year at Ragley Hall,” explains Tony Wall, show director of The Game Fair.

“All the qualifying competitions and the Championships will be held on grass in line with the ethos of the Game Fair and are fully supported by British Showjumping.

The Game Fair is at Ragley Hall from Friday 29th to Sunday 31st July, and is the only authentic, trusted festival of the British countryside and a celebration of rural industries, as Tony explains: “The Game Fair is the annual gathering for people passionate about countryside pursuits, the Great British countryside and the British summer in all its glory. When it returns to Ragley Hall in July, it will include all the event’s established and favourite activities and areas such as clay shooting, archery, gundog scurries, international championships, fishing, falconry, ferreting, and its renowned extensive retail area.

“Equestrianism is an important feature of the countryside and the launch of the Showjumping Championships for this year is an exciting and important development for the event. The support of British Showjumping and each of the county shows hosting a qualifying event is a significant endorsement.”

Another first for the event this year is the Bear Grylls Survival Academy ‘Survival Zone’, which will be a rare chance for outdoor enthusiasts to be taught Bear’s extreme survival techniques.

“2016 is set to be even bigger and better than ever before,” adds Tony, “as it heralds the introduction of a host of new feature areas and ideas, including the all-new Bear Grylls Survival Zone, glamping and traditional camping.

“The event is shaping up to be the best ever, with new and old exhibitors booking space at Ragley Hall, which is such an exceptional venue. We are expecting to attract in the region of 140,000 visitors and 800 exhibitors.”