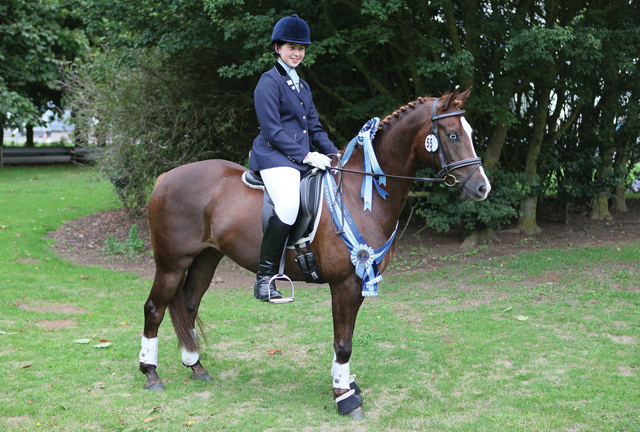 The normal pattern of the summer months, bringing very hard ground and limited riding if you don’t have access to an arena, doesn’t seem to apply so far this year. The torrential rain has wreaked havoc with equestrian events all over the country with devastating effects for many businesses and equestrian retailers, I’m sure. We are never satisfied with the weather but I think this summer has given us every reason to complain!

But don’t forget the other issue that needs to be given a thought: with all of the rain comes a plentiful supply of grass so watch out for the signs of laminitis, typically caused by over indulgence in grazing and found in obese animals. Obviously, control your horse or pony’s weight if he is a good doer.

But from one extreme to another: first it rains and then when it stops the flies come out during those mild evenings. Fly rugs seem to be part of every horse and pony’s wardrobe these days and there are lots to choose from.

The weathermen are promising some good weather later on so let’s hope that August will bring the long-awaited sunshine, the rain will dry up and everyone will enjoy a really great summer holiday!

SHEEPGATE UNDER 25’S NATIONAL DRESSAGE CHAMPIONSHIPS
The Olympics is on everyone’s mind but our area has its very own major show with the annual Under 25’s National Dressage Championships being held at Sheepgate Equestrian from Monday 20th until Saturday 25th August.

There are unaffiliated classes as well, with no qualification needed, for any young dressage riders that want to take part in one of the most prestigious dressage shows. There are also the ever popular ‘Derby’ classes sponsored by Sheepgate Tack & Togs, where the top four riders compete on each other’s horses or ponies after the first round. There will be classes running from 9am daily and spectators are most welcome at any time. Dressage writers are always needed to cover the six days of competition so if anyone wants to help out please do not hesitate to contact events@sheepgate.co.uk