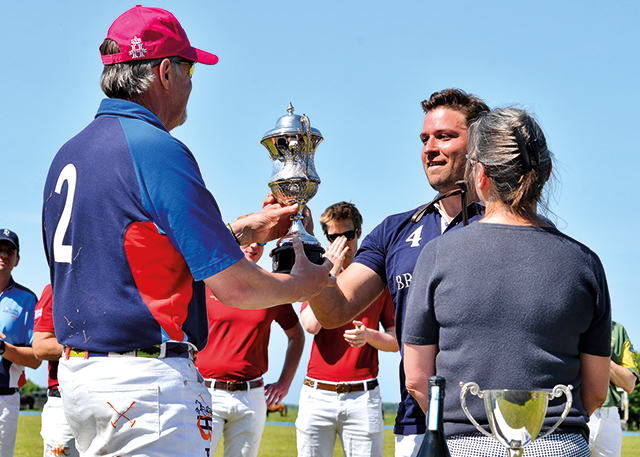 The one bird shoot

Matt Limb OBE looks at what might be the country’s smallest driven shoot, located in the Lincolnshire Wolds.

Throughout my life, I have enjoyed the riches of our countryside and in all seasons, from the warm balmy days of the summer to the cold frost of winter. I have also appreciated the natural harvest it has to offer. With this, I can think of nothing better than a walked-up day’s shooting in the company of good friends on a crisp winter’s morning.

There is something richer and more rewarding on such days, where the aim is to go out and get something for the pot; not the big bags of the corporate estate days, just enough for everyone to take something home. So imagine my joy when I was asked to join a special small shoot in North Lincolnshire.

It was a damp and dank late autumn morning, with light drizzly downpours, as I made my way across the county to the Wolds – which offer a world of difference from the Fens in the south of Lincolnshire. The steep hillsides and mature woodlands form a pattern as far as the eye can see and it is far more akin to its northern neighbour in Yorkshire than the flatlands of Cambridgeshire to the south. As I drove the last couple of miles down narrow lanes it called out shooting country – in its day the area was home to some of the largest shooting estates.

I reached my destination high in the Lincolnshire Wolds, not far from the highest point in the county. As ever the morning started with a meeting in a farmyard, as I was greeted by the shoot captain. “Hello, good morning, welcome to the one bird shoot.”

Not the normal greeting you would expect, but then this is not a normal shoot: it claims to be possibly the country’s smallest shoot!

The shoot occupies less than 50 acres sitting on the edge of a typical village situated in stunning settings, but despite its size, it claims half a dozen organised drives, so can offer a morning’s shooting in the traditional walked-up style. With everyone gathered, the safety brief given, it was time to make a move to the first drive; the rough marsh ground along a small river that runs almost the length of the shoot. After splitting into two groups, standing and walking guns, we allowed the mix of Labradors and Spaniels to work their way down the rough ground, which was wet and overgrown. Early prospects looked good as the recognisable noise of the crowing pheasant could be heard, but sadly to no avail as the drive drew a blank with not a shot fired.

As the drive ended, a shoot regular pointed over to neighbouring mature woodlands across the narrow river. “The great problem we have is that we do not have any woodland on the shoot, just heavy thick hedges, so pheasants are easily drawn over the boundary. Plus, many of our drives push them over the boundary. I guess, given the size, that is predictable.”

Undeterred we moved onto the second drive. This time one of the small cover crops pushed back towards the river off a steep-sided gorse covered hill. With everyone in place the drive started and soon a couple of shots echoed distantly from over the hill.

Then that distinctive sound of a pheasant taking flight was heard and it was soon seen coming over the hill, still climbing; a cock pheasant, high and fast over the standing guns, it was a pheasant that any driven shoot would have been proud of.

A couple of shots from the first gun missed then the next gun, missed again – that was a cock bird saved for another day as it disappeared over the river into the neighbouring woodlands. Soon the drive was over, but with two pheasants in the bag the inevitable banter started, most of it aimed at the shoot captain asking if he would have to now rename the one bird shoot?

As we neared the third drive, I noted the variety in the cover crops, which offered food and shelter to the handful of pheasants introduced earlier in the year, but also the flocks of songbirds that settled on them. It was the shoot captain that commented that they work hard through the earlier part of the year on the cover crops; which may be small, but it is the only way they can hold any pheasants on the shoot. But visibly they also offered an outstanding habitat for the many wild songbirds that could be seen.

During elevenses the chat was about what went in each hip flask and more importantly how it was made.

I asked about species that could be found on the shoot and it came as no great surprise that the wet ground by the river was a regular spot for snipe and the odd duck – sometimes even a goose had been seen. Then from late November, the migrating woodcock was a regular visitor, no doubt moving from around woods that surround the shoot. As for ground game, there had not been any sightings of hares, which all acknowledged was not surprising given the ground and environment, nor had rabbits ever been seen.

Given the relatively small piece of ground, the shoot supported a wide variety of wildlife, as we all looked up to see a red kite in the distance and someone added that another regular visitor was the fox – again no great surprise when you stand and look around to see miles of well-maintained mature woodlands, farmland with heavy, thick old hedges and villages offering easy pickings – a perfect setting for any fox.

The day had cleared slightly and thankfully the rain had kept off, but the damp was still in the air as drinks were finished and it was time for the last two drives. The first pushed another small cover crop back to the river and again generated a couple of fast-flying birds for the guns. But, the final drive was the one I particularly enjoyed, as it delivered the best of walked-up shooting.

The guns stood in a line against the small river pushing the rough marsh ground in the opposite direction to the morning’s first drive. Here you could feel the true sense of what the shoot was about. Yes, it was heavy going in places through the wet marshy ground, but I delighted in watching the dogs doing what they do best: work, hunt and flush any remaining pheasants.

All too soon cartridges were being taken out of the guns as they were made safe and put away for the short walk back to the vehicles, just over three hours since setting off. The bag for the morning totalled five pheasants. With boots changed, dogs sorted and bedded down, the pheasants stowed and the backslapping over good shots and poor shots over, in the greatest of traditions it was off to the local pub for lunch.

My drive back home was hugely different, the sun was almost breaking through, the weather had been kind to us in keeping us dry. But did I enjoy my morning on the one bird shoot? Yes, without a doubt. There were none of the trappings associated with the more corporate shoots, no gun bus, no beaters, no pickers-up, no gamekeeper and it was a comfortable walk to do all the drives on foot.

Yet the morning still offered a challenge and there was something to take home for the pot.

But I think there is more to the shoot, much more. The one bird shoot embraces the most important thing in shooting: to share time with like-minded people, plus their dogs, doing what you enjoy in the countryside. Shooting is about much more than simply pointing a gun in the air and pulling a trigger, or it certainly is to me.

The shoot is the great junction of the traditional walked up shoot, farmer’s day or rough shoot and the more formal and organised estate driven days. It brings out the best by highlighting what can be done, with a relatively small piece of ground, some imagination and hard work – which may have created the country’s smallest driven, one bird shoot.