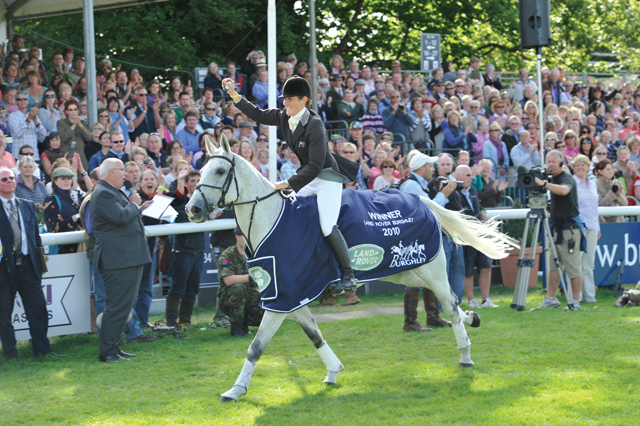 A Golden Year for Burghley

Event Director, Elizabeth Inman, is looking forward to a milestone year for the Land Rover Burghley Horse Trials. Not only will Lincolnshire’s premier equestrian fixture be celebrating its 50th anniversary, it will also operate under a new management structure.

Burghley Estate has taken over the financial responsibility of the event from the sport’s governing body, British Eventing. It’s a significant change, but Elizabeth Inman is confident that the long term success and viability of the event is assured.

“This will be an exciting year with our Golden Jubilee and we are hard at work to deliver a great Event for everyone,” she says.

Richard Jewson, current Chairman of the Archant Group, becomes chairman of the committee reporting to the new company under which the event will take place, Burghley Horse Trials Ltd. He succeeds Malcolm Wallace who has stepped down after nine years in the chair.

“I am looking forward to working with Richard; who is well qualified for the role,” says Elizabeth who is keen to stress, however, that despite the new structure there will be little change on the strategic management level.

Elizabeth speaks highly of her full time (all female) team of five, who work all year round to ensure the smooth running of the horse trials.

“You are only as good as the people who work for you and when you’re under pressure to deliver by a certain date it’s reassuring to know that everyone is on your side and willing to pull together,” she says. “Times have changed, with the added elements of health and safety, various new legislation and licensing acts on top of the ever changing expectations of the public. The job is full on all the time.”

It is more than six years since Elizabeth took over the directorship of Burghley Horse Trials and in that time the event has continued to grow from strength to strength.

Growing up on the edge of the Burghley Estate, Elizabeth cut her equestrian teeth in the local Burghley Pony Club spending a large proportion of her childhood ‘dodging gamekeepers’ while out riding around the park. School holidays were spent helping out in the horse trials office and after a brief spell at university Elizabeth found herself back behind the Burghley desk as the event secretary. Promoted to assistant director in 2003, Elizabeth took up the reins as Director in 2005.

Her enthusiasm about this year’s plans to mark Burghley’s anniversary is infectious, including a celebratory lunch for all the past Burghley winners – “We are hoping Anneli Drummond Hay, our first ever winner in 1961, will be able to come – in addition we are building a brand new water complex on the cross-country course to mark the special occasion.”

“It has been a while in the making,” she admits. “After several environmental surveys it transpired that the Burghley Lake is home to many white-clawed crayfish – a protected species.”

Re-locating an army of crayfish was no mean feat – “Our clerk of the course, Philip Herbert, can now add ‘crayfish catching’ to his CV,” – but once they were safely re-located, Philip and his team were able to set about planning the new obstacle, which included the construction of a causeway to an island in the middle of the lake, where the fence will be sited. “It’s a project that we have always wanted to undertake and this year seemed the fitting time to do it,” says Elizabeth who is particularly grateful for the continued support of her title sponsor Land Rover, plus Burghley’s associate sponsors Rolex and HSBC. “Putting on the event is a huge team effort and I’m grateful to everyone who plays their part.”