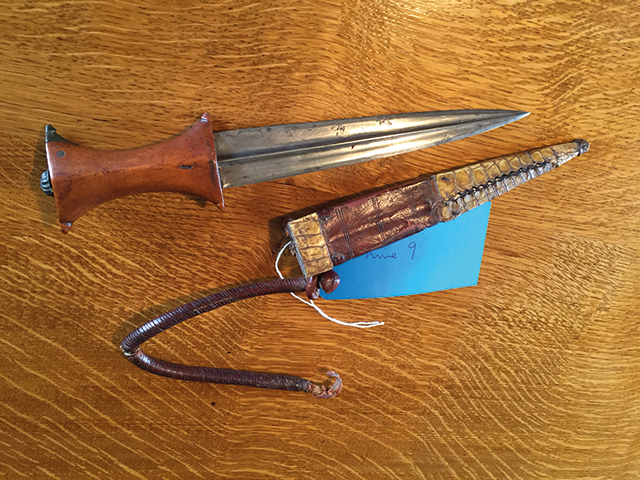 Holt’s are auctioneers of fine modern and antique guns are now the largest Sporting Auction House in Europe, specialising in sporting items and militaria.
I am always excited as I venture in to someone’s front room in response to a considered phone call as a client is proposing to sell items he or she has had for up to 50 years.

It is not about value but mostly sentiment and wishing someone else to enjoy their treasures too.

Lot 2132 in our September sale is a 40 Bore nickel bodied percussion pocket pistol by Clabrough of Lincoln c.1840. It has a central hammer with sliding safety.

Peter Clabrough was active on Lincoln High Street between 1821-39, his wife Jane carried on after this (he probably brought this in from Birmingham, engraved and then retailed it). Ultimately the business was taken over by John Hanson, considered a “superior workman”. There is a similar flintlock pistol in the county museum, also one in the Royal Armouries. Est £200-300.

Item 2 shows a 22 Bore percussion Cannon barrelled pistol by T Richard c.1750. There has been a late conversion to percussion. It has a multibanded barrel, a rounded box lock action with a reprofiled bag shaped butt inlaid with silver wire £50-100.

Item 3, the curved sword, is known as a Mameluke, cross hilted, curved and scimitar like. They were used originally by Mamluk warriors from Egypt hence the name. This one is late eighteenth century, many countries subsequently used them often as dress swords.

Item 4: this decorative North African stabbing knife, sometimes sold between the wars as a tourist item, was carried high on the arm. This one features a horn handle with small repair and an ornate scabbard with snakeskin decoration, its fullered blade is exceedingly sharp.