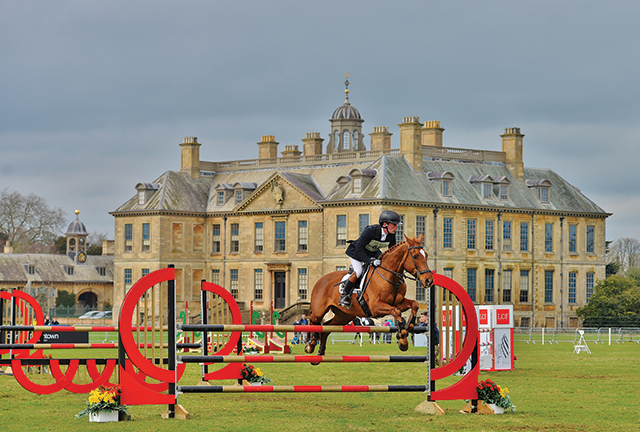 The 2018 Belton International Horse Trials concluded with an emotional and somewhat surprising win. Thousands of spectators had flocked to Belton House to watch many of the best event riders and horses in the world perform, and the standard of competition was as high as ever.
No one was more surprised as to the identity of the headline Lycetts Grantham Cup winner than the man himself; Jonty Evans may have represented his country at the Rio 2016 Olympic Games but he had never won an international class before.

The Irishman hit the headlines last year when he successfully crowd-funded £500,000 to buy his Olympic partner Cooley Rorkes Drift (aka ‘Art’) when the previous owner decided to sell – this is a horse who has, literally, thousands of owners. After a rocky season last year the pair finally returned to the form they showed in Rio.

A tearful Jonty confessed: “What people did for me in securing our partnership is unprecedented in our sport. This win is the fairydust; a good performance was what we needed [with Badminton looming], to win wasn’t part of the plan. Everyone wants this horse to go well, my phone hasn’t stopped pinging.”

Britain’s Piggy French and Gemma Tattersall completed the top three riding Vanir Kamira and Pamero 4 respectively, while Flora Harris was awarded the Polly Phillips Memorial Trophy for the highest placed British rider who has yet to compete on a senior championship team. She placed fourth riding Bayano. These top four horses all now head to Badminton Horse Trials.

Other big names featured strongly over the three days. Both Tim and Jonelle Price bagged wins, as did Izzy Taylor and Kitty King while the defending Badminton champions Andrew Nicholson and Nereo went for a steady spin around the track as their final prep run before the ‘big one’, finishing fourth in an advanced section.

Local riders were also amongst the prize winners. Louth’s Ros Canter was fifth in the Lycetts Grantham Cup while Lizzie Baugh from Newark filled the runner-up spot in the Two Star class. Stathern’s Emilie Chandler picked up prizes from novice to advanced level.

In the Under 21 open intermediate class Newark’s Elicia Miller placed fourth and Henry Stott from Retford was ninth, whilst Elicia’s sister Lauren was also in the ribbons in the Under 18 class, alongside Lincoln’s Stephanie Sacks.

Aside from the eventing, tradestands were seen to be doing brisk business, the additional arena attractions were well supported and the sun even shone. Spectators young and old will have enjoyed a great family day out.