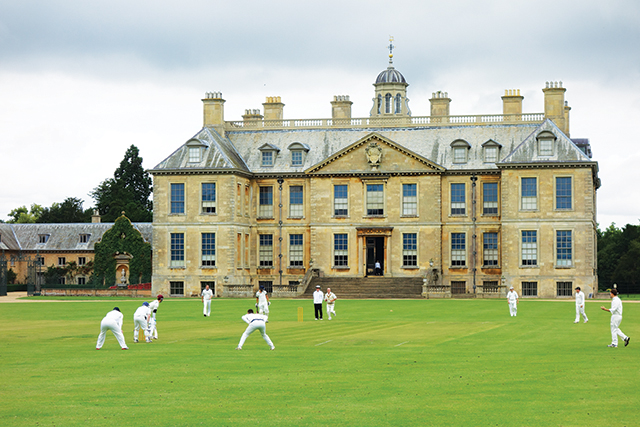 This year’s Belton International Horse Trials will take place from Friday 13th – Sunday 15th April, in the deer park surrounding the National Trust’s Belton House, near Grantham.
A key fixture in the calendar of the world’s leading event riders, competition is always fierce at Belton; last year’s top three in the headline Lycett’s Grantham Cup class were separated by just 0.7 of a penalty. All four members of the British European Championship gold medal winning team will be competing, including British number one Oliver Townend and Louth-based local rider Ros Canter.

Eventing consists of three phases – dressage, showjumping and cross country. With classes ranging from novice to three star (just one level down from Badminton and Burghley), Belton International is the perfect place to see up and coming stars of the future, as riders bring different horses each day, from youngsters learning their trade to seasoned campaigners.

Aside from the eventing classes, three large arenas have action-packed programmes which include showjumping, pony club games, an inter-hunt relay and the ever popular gate jumping contest.

However, Belton International isn’t just about horses. Add in dog displays, agility courses and fun dog show, a classic car display, and the diverse interactive zone which includes the South Notts hounds and the Pakefield ferrets as well as opportunities to learn arts and crafts skills such as willow weaving, and there really is something for all the family to enjoy.

Shopping is a big draw, with over 100 trade stands selling their wares, alongside a raft of food and drink outlets to keep spectators refreshed. Meanwhile, on the Sunday, a 10km off-road race caters for even the sportiest members of the family.

For those who want to make their trip to Belton a bit more special, this year’s charity Bransby Horses is hosting a Cream Tea on the Friday, which includes the opportunity to walk the Grantham Cup cross country course with 2017 British team reserve Alex Bragg. Tickets are limited and will be allocated on a first come, first served
basis.

Tickets and full details are available at www.belton-horse.co.uk.