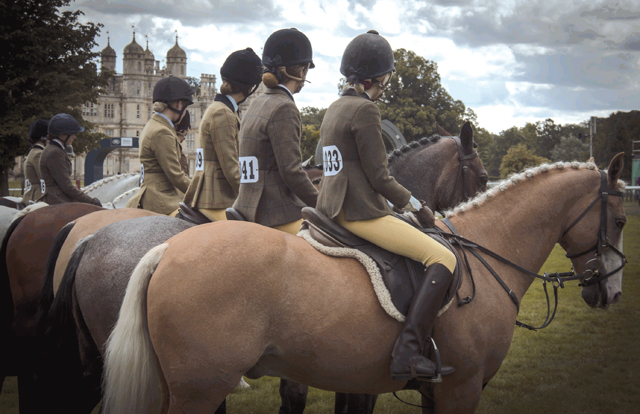 The BSPS will again be hosting the White Company Gold Cup Sports Pony Final at this year’s Land Rover Burghley Horse Trials on Sunday 7th September.
Following the wonderful success of last year, when three Area 4b members finished in the top three in their sections, this event has been attracting a lot of attention.

The final is the culmination of a season of hard work for twelve finalists in each of three age/height groups – 133cm, 143 cm and 153cm. Three preliminary rounds are held: BSPS Winter Championships, BSPS Mid Summer Show and BSPS Summer Championships. Four ponies and riders in each section qualify for the final at each event.

The Gold Cup is unlike any other BSPS competition in that it is marked in three phases – Dressage, Event Style and Showjumping – and there is no specific mark for conformation. The final is all the more exciting for both competitors and spectators alike, as it is held in front of the majestic Burghley House and forms part of the annual International Horse Trials.

Each competitor must first complete a dressage test and then go on to jump a course of rustic fences and perform the all-important gallop with up to ten extra marks at stake. Finally the top ten competitors complete a showjumping round with another ten marks available in relation to a ‘joker’ fence.

If you are interested in qualifying for this year’s final, there is one more chance at the BSPS Summer Championships which will be held at Arena UK, Grantham on 20th – 24th August 2014 when four ponies will qualify from each section. Please contact BSPS for further information. www.bsps.com