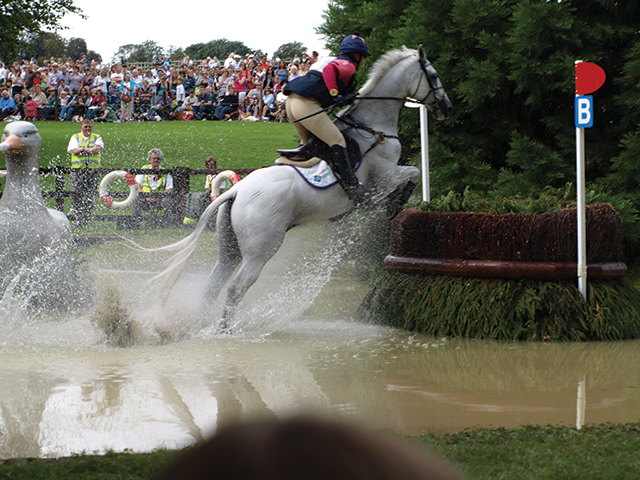 Burghley does it again…

Well, Burghley went with a swing again and was blessed with fantastic weather but it already seems so long ago and plans are already underway for next year’s super event to mark its 50th anniversary.

We are far from finished with 2010 yet as you can see from our diary. Still the weather gradually changes and it is soon time for The Great Indoors. We are very fortunate that here in Lincolnshire we have some of the best faciltities for training and events in the country. If that doesn’t cheer you up, perhaps this will – only about thirty-six weeks to the Lincolnshire Show!

NEWS ON THE HOOF
The really big news recently is the hugely successful opening of Caistor Equestrian Centre by international show jumping star Joe Whitaker. Caistor has everything you would hope for at an equestrian centre and has it with style – including the cafeteria which specialises in Lincolnshire produce. You have to see it really to fully appreciate this brilliant centre. Go along and have a look or phone 01472 859341 for more details.

This event is being held at the region’s premier venue and will provide horse enthusiasts of all ages, levels and disciplines with a full schedule of exciting entertainment over the two days.

Tim Stockdale, Olympic Show Jumper will be starring at the show; he will provide two exciting and informative demonstrations on each day and will also be judging the Pony Club horse & hound challenge – four local Pony Club teams will compete on each day to take the winning title.

Other exciting features at the show include a magnificent Sport horse & competition stallion parade, a beautiful Native breed stallion parade, the Strictly Showing competition, Jive Pony – gymnastics on horseback, and Horse Ball – a fast & exhilarating equestrian sport with influences from rugby and basketball.

As well as fantastic features, the show will have a shopping village – over 170 stands hosting top equestrian brands as well as local companies.

CHAMPIONS ARRIVE IN LINCOLNSHIRE AT THE SHEEPGATE BYRDS UNDER 25 NATIONAL CHAMPIONSHIPS
Sheepgate Equestrian’s proprietor Sarah Payne was delighted to recently welcome over 250 combinations to the popular family run venue in hosting The Sheepgate BYRDS Under 25’s National Championships. Now in its tenth year, the entries reached an all time high of over 1200 individual tests during this prestigious six-day championship show.

With a total cash prize fund of £3600 on offer and some fantastic prizes in kind and product vouchers to the value of £6900, this annual event has firmly established itself as the highlight of the competition season for many young riders. Some of the most talented young riders travelled from as far afield as Scotland and the Channel Islands to ride off against each other for the prestigious titles of Under 25’s National Champions. The Sheepgate Team was led by organiser Sarah Payne and Sheepgate’s Diana Fryer to survive the marathon six days of competition with two days of torrential rain that left stables flooded and some trying conditions for riders everywhere. The most sincere thanks are extended to the judges, writers, volunteers and the most generous sponsors who have supported this show. To see full results and behind the scenes photos and reports go to www.sheepgate.co.uk ‘My World’