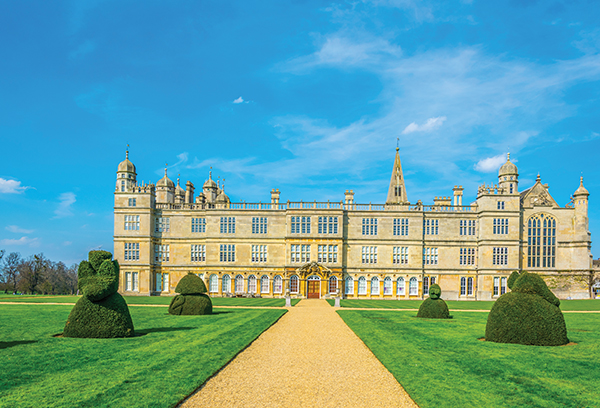 The Dubarry Burghley Young Event Horse series for four- and five-year-olds is acknowledged as the leading showcase for future stars of top-level eventing. Founded in 1990, it has had a major “reboot” for 2022 to keep pace with the modern sport.

The prize money on offer at the final, which takes place on Friday 2nd September during Land Rover Burghley (1st-4th September), has been increased significantly. The prize fund for each of the two classes is now £3,000, with a first prize of £1,250.

The Dubarry Burghley Young Event Horse series consists of 17 qualifiers at venues all over Britain, and got underway during Badminton Horse Trials.

This year, the format of the qualifying classes has changed to provide a smoother, more naturally educational experience for the horses. For example, all the five-year-olds will now gallop – or in the case of the four-year-olds, lengthen the canter, straight after the jumping phase at the qualifiers. At Burghley, this will remain part of the final judging of the top 10.

Prize money has again been increased at the qualifiers, and more horses are able to qualify at each venue, allowing more to compete at this most blue-chip of finals at Land Rover Burghley. All scoring will be done digitally and will be available to view quickly for those many people who keep track of the UK’s most exciting young horses.

At the final, Angela Tucker and Judy Harvey will judge the dressage phase, and Yogi Breisner and new British Eventing chief executive Helen West the jumping section. The top 10 in each of the age classes will then proceed to the final, where they will come under the eye of Captain Mark Phillips – who counts a Burghley victory in 1973 among his many achievements as a rider before developing a career as a world renowned coach and course designer which continues to this day.

Martyn Johnson, director of Land Rover Burghley, said: “We are delighted to have such acclaimed judges for each phase of the Dubarry Burghley Young Event Horse final this year. We have looked carefully at this long-established and celebrated series and have made changes to update it that we think will be very popular with riders. It is a real highlight of Burghley – only second to the main CCI5* competition in terms of exhibiting the outstanding horses and horsemanship for which the UK is so famous.”