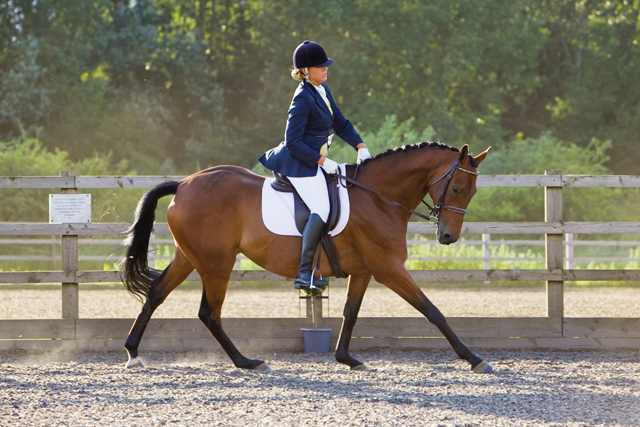 Oh to be in England now that the Olympics are here – and the summer too of course, although it is a little behind schedule. The Olympic equestrian events are underway and millions of people are watching on television. Meanwhile, in our county the gymkhanas, the affiliated and unaffiliated competitions and the charity rides go on, seen by perhaps just a handful of people. Yet there is one thing that unifies those millions of viewers and that group watching in one of our local equestrian centres: a love of horses and ponies. Don’t we owe so much to those wonderful creatures?
FIFTY GREAT YEARS AT REDNIL – AND MORE TO COME
Rednil Farm Riding Stables at Welton near Lincoln is celebrating half a century of horses, horses and more horses with owner, Peter Linder not only reflecting on some great times during the past fifty years but also promising that there is still a lot more to come in the future.

“I suppose you could say that horses are in my blood,” said Peter. “My great-grandfather, John Linder, was a horse dealer more than a hundred years ago and I have followed on a family love of the animals.

“My father, Jack Linder, was a butcher but he was also an animal lover and he especially liked horses and ponies. He used to train ponies to do tricks and when he served in the army in India he used to put on shows and raise money for charities.

“I always liked the ponies when I was very young. There were always animals about and I was interested in them all, but the ponies came first. I used to go with my father to the markets in Tentercroft Street and Rumble Street and he used to attract the crowds to see his party piece. It might not seem very nice now but in those days if you bought chickens at the market you were not allowed to take them away while they were still alive. So my Dad developed a technique of killing them incredibly quickly with a quick pull of the neck. He could finish off a couple of dozen of them in as many seconds and of course they still moved for a little while which fascinated the crowds. It’s funny what some people find entertaining.

“When I grew up I knew two things were certain: one was that I would never be any good working for someone else and the other was that I wanted to work with horses.”

Peter followed his star and eventually saved enough to be able to buy what is now Rednil Farm Riding Stables.

“When I was at school we all went through a craze of writing our names backwards and I never forgot that, which is why the farm became Rednil, my surname backwards. We only had a few acres in those days but now we have a sixty-acre riding establishment with its own cross-country course as well as indoor and outdoor manège, jumping arena, school and social room, offices, tack rooms and of course lots of stables for both the school and for livery. We have had horses for all purposes, including racing, though that was just a bit of a dabble for fun,” said Peter.

Peter even has his own repair room for saddlery and tack and is a self-taught farrier also. A walk around Rednil Farm is an amazing equestrian adventure into the horse world both ancient and modern.

“We keep up with the times but I don’t like letting go of the past either. I think that’s one of the reasons why Rednil is popular. We are total horses. We live and breath horses,” added Peter.

Peter’s wife Ann sadly died a couple of years ago but Peter vowed to keep going and he has, and plans to continue well into his next fifty years.

“We do a bit of everything here,” he explained. “We train and correct horses and ponies. We teach riding in different disciplines and at different levels, we have a really nice livery section, we can teach side-saddle, driving, we will help people buy the right animal for themselves or their children, we do hacking and we even have a Western Trail in which riders can become cowboys for the day.

“As well as being practical we like to have a bit of fun. Horses should be enjoyed, not endured. We believe in treating humans right but the horses always come first.”

Peter Linder is now 74, Rednil Farm Riding Stables is 50. Watch this space for another article in 2062!