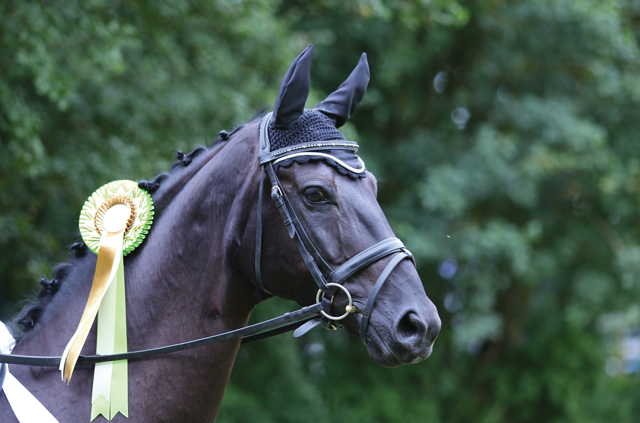 Is it really all over? Here we are in October and behind us we have the Olympics and, more recently, Burghley. Is that it? Is it really time to put away the jumps? No, of course not. Take a look at our diary and you will see that there is still plenty to look forward to in our county as things gradually start to move indoors.
CONGRATULATIONS
Greatest congratulations from all of us to our very own Sophie Wells, who stunned us all by winning three equestrian medals at the Paralympics.

It was a dream come true for Sophie, who was selected to compete in the 2008 Games in Beijing but had to pull out because her horse went lame.

Sophie began with a silver in in the Dressage Grade IV event. A mistake midway through her test caused her to narrowly miss out on gold as she set a score of 76.323%, just short of Belgium’s Michele George with the winning score of 77.065%.

Sophie was both delighted and disappointed and said: “You can’t afford a mistake, but unfortunately I had one and I take complete responsibility for that. The other bits in the test I was really pleased with. I tried to nail every movement, but we couldn’t nail one of them and that was what lost it for us.

“I am disappointed. I knew I had blown it. But I know why I lost it, rather than not knowing why I lost it. But the horse has brought me a long way and I am pleased with him. These things happen.”

Wells did get her gold later on as part of Great Britain’s winning line-up in the team dressage. Then came another individual medal chance on her horse Pinocchio, in the freestyle to music class and once again she nearly claimed gold but was still delighted to get silver.

“I was totally amazed,” she said. “I would have been thrilled to just be there and even more thrilled to get any medal, but to come back with three is just fantastic and I really thank everyone who has helped me.”

Sophie was born with amniotic band syndrome that affects her joints but her outstanding talents have also seen her compete at non-disabled international level. She began riding at the age of eight at her local riding school and took up able-bodied dressage at the age of twelve.

In 2008 she became the first para-equestrian dressage rider to win an able-bodied international competition, after she finished first in the junior international class at Hickstead under-21 international.

What’s next for Sophie?

“My feet haven’t touched the ground yet but more of the same I hope,” she said. “There’s another Olympics in four years!”

SPOTLIGHT ON… POPPYFIELD EQUESTRIAN
Something special is on offer at Poppyfield Equestrian, which was established in 1996 by Simon Kettleboro and his daughter Jo who are intent on keeping riding fun for all.

Jo had long been a keen rider and together with her father wanted to provide less fortunate children with the opportunity to see life from the saddle, where the view of the world is so much greater. Determined that this should not be a pastime available only to those with available funds, but to those with passion, drive and enthusiasm, Poppyfield came into existence. The Lincoln riding school centre prides itself on being family based and orientated with a happy atmosphere and team.

Poppyfield is a BHS (British Horse Society) Approved establishment which means that it is regularly inspected and has to perform to very high standards. It is also an Approved Pony Club Centre which regularly runs activity days and courses for the children, such as ‘Own a Pony’ Days, Examination Days and many fun activities throughout the year.

Poppyfield prides itself on catering for everyone from the small child to the adult learner, and provides first time ponies to elementary level and showjumping horses for clients to ride. The family also offers fantastic hacking treks in the surrounding beautiful Lincolnshire countryside.

As well as offering different grades of livery, Poppyfield Equestrian is a registered Pony Club centre, which aims to educate children in horse care through regular practical activities. Centre membership is available to children without their own horse or pony. Children who do own their own horse or pony can apply for membership through their local Pony Club branch.

Poppyfield Equestrian also has an excellent indoor school and a cafeteria. It is little wonder that those who go there never to want to go home!

For more details get in touch with Poppyfield Equestrian at Branston Road, Heighington, Lincoln, LN4 1QQ or telephone 01522 871788.

SHEEPGATE UNDER-25 DRESSAGE CHAMPIONSHIPS 2012
The 12th annual Sheepgate Under-25 National Dressage Championships welcomed talented young dressage riders from all over the country to the Lincolnshire equestrian venue recently. Riders have been qualifying for this prestigious event since the start of the summer dressage season and the standard of entries was extremely high with some exceptionally talented young riders coming through. Organiser, Sarah Payne said: “The Olympics is the buzz word for everyone in equestrian circles this summer but this event is our very own Olympics where we aim to offer riders a unique experience that has made this show so popular over the years.” 2012 was no exception with a record number of entries being received and the standard of riding has exceeded anything seen before at this show.

Local rider and nail technician, Victoria Glasow from Spilsby enjoyed many successes during the week with her two rides. Starting the week riding her own eleven-year-old, 17.2hh gelding Willumait who has fairly recently returned to the competition arena having been sidelined through injury and fresh from their win at the British Dressage regionals only a few weeks previously, they took the honours in the Ariat Advanced Medium Championship. Her second ride, partnering Lynn and Nick Savage’s Abel IV, a 16.3hh seven-year-old gelding whom she has been riding since June 2011, after the early days of competing at prelim level she is delighted to have progressed up to medium level. Taking second place in the Hoof Prints Elementary semi-final and fifth place in the final before securing a very creditable second place in the Gersemi Medium championship. Trained by Ian Woodhead and Kate Lewis she was delighted with the horse’s progress throughout the week. The show was supported very generously by a wide range of sponsors including the British Dressage Supports Club, Dengie Horse Feeds, KBIS British Equestrian Insurance Limited, Senots Rosettes, Euro-Star, Ariat, Gersemi, Sue Carson Saddles, Hoof Prints Photography, Juliet Horne, Blue Chip Feed, Bossy’s Bibs, Equetech, KM Elite, Mirrors for Training, Spartan Equestrian Products, The Equine Sports Academy (TESA), Kieffer, Laura Payne Sports Therapist, The Worshipful Company of Saddlers, Westgate, Taurus, Schockemoehle Sports and Nettex. Full results can be viewed www.sheepgate.co.uk