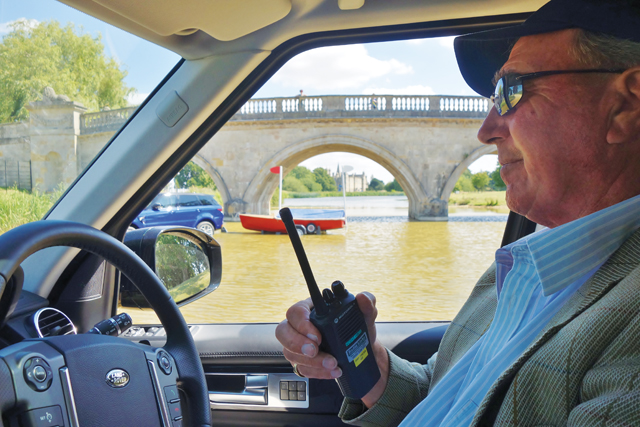 A combination of proven talent and rising stars look set to battle it out at this year’s Land Rover Burghley Horse Trials (3rd–6th September). 100 horses from ten nations spanning Australia, Belgium, Finland, France, Germany, Ireland, New Zealand, Sweden, USA and the UK will be competing for the substantial £250k prize pot.
Double Olympic gold medallist, Germany’s Michael Jung will be visiting the Horse Trials for the first time with two of his top horses La Biosthetique – Sam FBW and Fischerroncana FST. He will undoubtedly be looking to capitalise on the fact that reigning champion Andrew Nicholson (NZL) has had to withdraw due to injury, leaving the field wide open.

With the 2016 Rio Olympic Games now firmly on the horizon, team selectors will undoubtedly be keeping a close eye on this year’s results and a host of the world’s top riders will be out to impress. Team GB stalwart and former Burghley winner William Fox-Pitt is entered with Bay My Hero and Fernhill Pims, alongside his teammates for the forthcoming 2015 European Championships who include Oliver Townend, Pippa Funnell and Nicola Wilson.

Having secured the top three placings at the 2014 event, antipodean riders will be out in force again this year. Kiwis Tim and Jonelle Price (NZL) are currently showing great form, while the experience of former Burghley champions Mark Todd (NZL) and Andrew Hoy (NZL) will surely pay dividends. 2014 runners-up Jock Paget (NZL) and Sam Griffiths (AUS) will be looking to improve on their previous performances.

Warwickshire-based Sarah Stretton and her horse Skip On are looking to set the record for the greatest number of Burghley completions ever, as they return as to the event for the seventh time.

According to Burghley Event Director, Elizabeth Inman: “The quality and depth of entries this year really is exceptional. The list of competitors is packed with former Olympic medallists, World and European champions. Competing alongside the established names will be a number of first timers, who will be looking to upset the established order and make their mark on the eventing world.

However, the Horse Trials will not only be welcoming elite equestrian athletes this year. Land Rover, title sponsor of the event and a worldwide partner of Rugby World Cup 2015, will be introducing another sporting great to the event.

Spectators at Burghley will have the chance to get up close and personal with the famous trophy and see the bespoke Rugby World Cup 2015 Defender, which has been carrying it on its journey around the UK and Ireland. Land Rover ambassador and Rugby World Cup 2003 winner Jason Robinson OBE will also be present for the occasion.

As part of the initiative, local children will have the opportunity to audition to become a Rugby World Cup 2015 mascot – the last chance for 7-13 year olds to win the opportunity to run out onto the pitch with one of the teams. Auditions will take place on Friday 4th, Saturday 5th and Sunday 6th September and youngsters will be invited to visit the Land Rover Experience area and complete one of three tasks: sing their national anthem, offer a piece of advice they would give to the Captain before he runs out for Rugby World Cup 2015, or say how they would welcome a visiting team to England for the Tournament.

Elizabeth Inman adds: “There is great synergy between eventing and rugby: two of the toughest sports on the planet, both requiring determination, focus and agility. It is fitting that we are able to acknowledge both sports at Land Rover Burghley in this Rugby World Cup year.

“At Burghley we always strive to offer our visitors a unique experience that goes beyond the equestrian competition and this is certainly it. To be hosting the Webb Ellis Cup is a huge honour, while visiting youngsters will have a once in a lifetime opportunity to audition to be Rugby World Cup 2015 mascots.”

Of course the final piece of the Land Rover Burghley Horse Trials jigsaw is the fantastic shopping experience on offer. The expansive, much-loved retail village has now been finalised and will boast over 600 carefully selected exhibitors, offering everything from artisan cheese and local produce to luxury goods such as diamond jewellery, cutting edge fashion and stunning safaris. For the serious equestrian every possible element of horse-related paraphernalia is on sale, ranging from stabling, feed and tack to riding boots, hats and clothing.

For further information on the 2015 Land Rover Burghley Horse Trials or to purchase tickets visit www.burghley-horse.co.uk