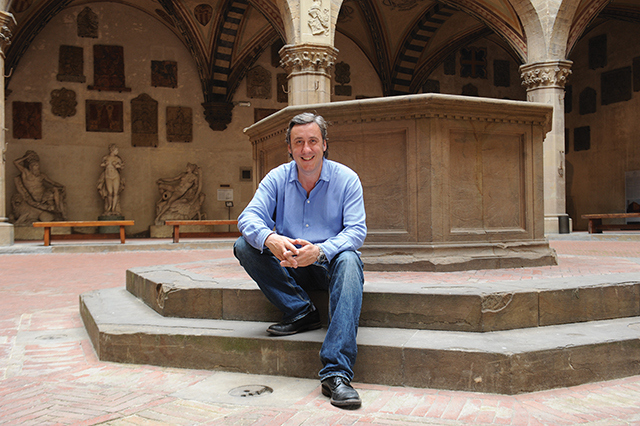 This year’s theme is the ‘Age of Wonder and Invention’ and will see the streets of one of England’s finest stone towns transformed between 26th and 29th September.
For someone who has driven ceremonial carriages in central London and piloted the coach in Disney’s new blockbuster Dumbo, the streets of Stamford hold no fear for Danny Kendle. Danny honed his skills as head coachman with the Household Cavalry, so Stamford Georgian Festival-goers can enjoy horse and carriage rides through the town and Burghley Park knowing they are in the safest of hands.

Eye-catching horse-drawn carriages have become a feature of the festival organised by South Kesteven District Council. It’s the first time that the festival has been able to use a local carriage company for its popular rides.

Danny and his wife Sarah swapped Windsor Castle and military life four years ago for a very different life near Belvoir Castle and their own DK Carriage Horses business. Offering a range of services including pleasure rides, Danny’s skills are regularly called on by filmmakers.

He said: “Our Stamford Georgian Festival typifies the exciting, varied and accessible programme of events organised throughout the year by SKDC.

“We pride ourselves on our quality cultural offer and we can look forward to an amazing programme celebrating the rich heritage of Stamford and its people.

Captivating stories of Stamford’s past include tethered balloon rides echoing a pioneering flight by the celebrated English balloonist, Charles Green, from Stamford gas works in 1825.

And an appearance from the period’s greatest tragedienne, Sarah Siddons, at Stamford Theatre in 1779 has inspired a specially commissioned play, Mrs Siddons’ Dressing Room.

A stunning free Saturday evening spectacular includes a lantern parade, live performance and light projections, before Sunday’s promenade through town with a picnic to follow.

Wild Boy tells the true story of a feral child kept as a pet in the court of King George I and families won’t want to miss ‘The Georgian Sense-O-Matic Show’, offering an interactive journey through the senses!

There will be themed street markets and free entertainment on The Meadows, including a skirmish between French and English troops, period traders, re-enactors and a gunpowder show.

‘Not So Gorgeous Georgians’ is an interactive walk for families revealing some of the gruesome aspects of Georgian life.

THE ART AND MYSTERY OF CLOCKMAKING
World famous clockmakers Loomes of Stamford will turn back the hands of time with two free talks for the Stamford Georgian Festival, illustrating the Georgian period as the golden age of clock and watchmaking.

Loomes itself boasts an unbroken tradition of watch and clockmaking over centuries, with ancestor Thomas Loomes owning The Mermaid in London, the largest clock and watchmakers in the world in the mid-1600s.

Festival-goers will see historic timepieces and a modern Loomes masterpiece – the Loomes Original watch. It’s made in-house as the first British watch movement entirely designed, manufactured and built in the 21st century.

The talks, at noon on Friday and Saturday of the festival, take their title ‘The Art and Mystery of Clockmaking’ from an old clockmakers’ toast from the 18th century.

So-called ‘Siddons Fever’ has prompted a highly unusual immersive play that audiences will rarely have experienced.

The legendary aura of Sarah Siddons, a darling of Drury Lane and inspiration for paintings by the likes of Gainsborough, certainly appeals to Stamford writer Hilary Spiers whose specially-commissioned play Mrs Siddons’ Dressing Room commemorates Siddons’ appearance in Stamford in 1779.

Quite how a fire in her dressing room and a promenade to a nearby Georgian townhouse fit in will be revealed in ten intimate performances.

The allure of Sarah Siddons was irresistible for Hilary. “I love writing about women and have a great deal of admiration for how she coped and supported a family of seven,” she said.

And Mrs Siddons’ Dressing Room, which she is also directing? “There is a lot of humour, lots of fun, children would enjoy it along with their parents, and I have loved writing it.”