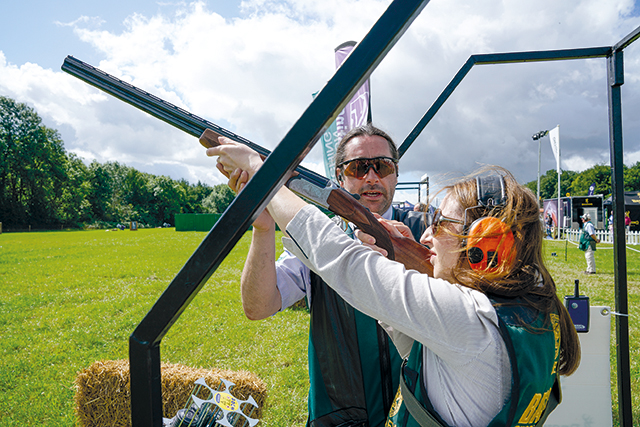 It was already the most comprehensive of its kind anywhere in Europe, but The Game Fair has announced that its offering for shooters will be even bigger and better this year, when the festival of the great British countryside celebrates its 60th anniversary.
Enthusiasts will have an opportunity to compete for an amazing £10,000 prize fund in The Game Fair Sporting Challenge, a sixty-bird sporting clay competition taking centre stage on the world-class Subaru Shooting Line.

The Subaru Shooting Line will be the focal point once again, especially with so many prizes on offer to get the competitive juices flowing. The longest of its kind anywhere in Europe at nearly one kilometre, its sheer scale, number of disciplines, number of participants and proximity to the heart of the show make it one of The Game Fair’s standout attractions, enjoyed by nearly five million people since the festival began in 1958.

After all that, visitors can look forward to relaxing in the world-famous Gunmakers’ Pub, which will return again this year, and Gunmakers’ Row will boast the largest choice of guns and accessories in the country, alongside the ability to try before you buy, have guns valued or exchanged, and see the latest models and technology. Visitors will be able to gain a unique insight into how the products are made as top craftsmen demonstrate their skills in Gunmakers’ Court.