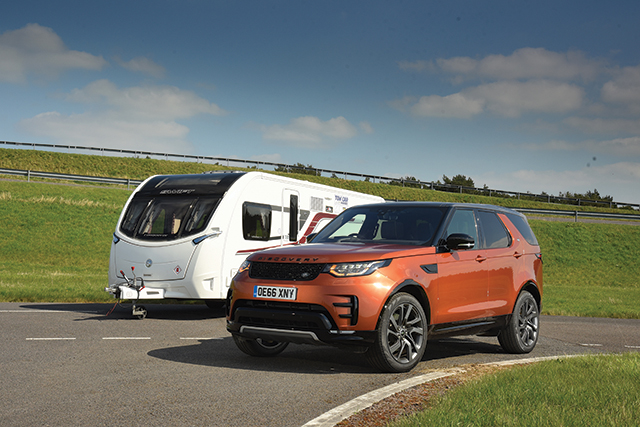 Speaking about the decision, David Motton, tow car editor, Practical Caravan Magazine, said: “The fact that the new Land Rover Discovery is our overall champion will come as a surprise to nobody. Land Rover’s track record in these awards is second to none and today’s Discovery maintains the old model’s strengths while also attending to its weaknesses. As an all-rounder, it sets a new benchmark.

“Towing with the Land Rover is now more straightforward than ever, thanks to clever technology such as the optional Advanced Tow Assist System, which makes reversing a caravan simple, even for less experienced drivers. We think it’s the best tow car you can buy.”

Jaguar also found success at the awards following tests that included an emergency lane-change, 30-60 mph acceleration, a 30-0mph emergency stop, and a hill start on a 1-in-6 slope.

The British marque’s performance SUV which was recently voted both World Car of the Year and most beautiful car in the world, the F-PACE was named winner in the 1,700-1,899kg class, receiving great acclaim from the judges.

David, said: “If we could award the F-PACE six out of five for towing, we probably would. It really is an exceptionally able tow car and superb to drive with or without a caravan.

“The Jaguar is quick, even with a heavy van in tow: accelerating from 30-60mph took just 7.7 secs, making it one of the fastest cars this year. There’s plenty of space inside, too, with notably more rear legroom than in some sporty SUVs and a healthy-sized boot.”

Also taking home the top prize for its weight class (1,550 – 1,699kg) for the fifth time in six years was the Jaguar XF, with judges praising the premium saloon’s strong performance.

David continued: “First and foremost, the Jaguar makes a stable tow car. You might think the hill-start test would favour a 4×4 over the rear-drive Jaguar, but in the dry the XF was the equal of any SUV in this class. It’s worth noting that a four-wheel drive XF is also available.”