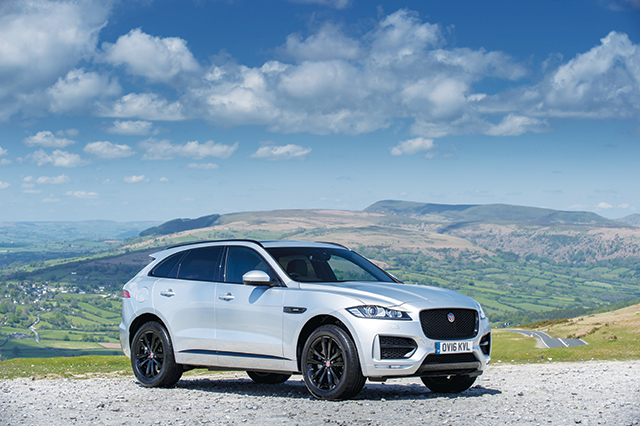 The judges praised Jaguar’s first SUV, and its best-selling vehicle ever, for its “show-stopping” looks, agile handling, and best-in-class residual values. It’s all thanks to the F-PACE’s Aluminium Lightweight Architecture, which creates a light, stiff body structure, allowing for great performance and emissions across the range.

John Challen, managing Director of UK Car of the Year, said: “Jaguar has arrived in the crossover market and set a new benchmark. The F-PACE is imposing and impressive in equal measure and offers an almost luxury-level interior. A joy to drive and to spend time in.”

This latest recognition caps an impressive first 10 months for Jaguar’s first SUV, which has already received more than 25 major global awards. With more than 46,000 F-PACE models bought throughout the globe since April, it’s also Jaguar’s fastest-selling model ever.

Jeremy Hicks, Jaguar Land Rover UK managing director, said: “We are delighted that the F-PACE has been recognised by the UK Car of the Year judges. These experts will have driven almost every car on sale, so for them to name F-PACE the best in its sector just caps off what has been an incredible first 10 months for this car. It is capturing the attention of our customers the world over, gaining critical acclaim, and already becoming the fastest-selling Jaguar ever.”

The Jaguar F-PACE is an SUV built to offer the agility, responsiveness and refinement all Jaguars are renowned for, together with unrivalled dynamics and everyday usability. It seats five adults in absolute comfort with generous headroom and knee room, while offering a 650-litre luggage compartment. The rear-wheel-drive 180PS diesel F-PACE emits just 129g/km, while the 380PS supercharged V6 model is capable of 0-60mph in 5.1 seconds.

The Jaguar F-PACE, priced from £35,020, is available to order now at Duckworth Jaguar.