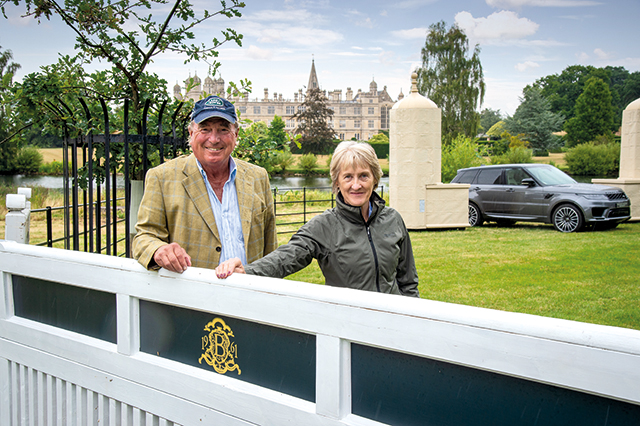 Captain Mark Phillips, the mastermind behind the Land Rover Burghley Horse Trials cross country course, believes an innovative change to the design this year will ensure only the cream rises to the top.
The prestigious three-day international event will see many of the world’s finest horse and rider combinations descend on the Burghley Estate in Stamford, Lincolnshire looking to follow in the footsteps of 2017 winner Oliver Townend as well as six-time champion William Fox-Pitt.

But in a first for the UK, a flyover has been created that enables the cross country course to run in a figure of eight – allowing horse and rider to go under in one direction, and over in the other.

Cpt Phillips, former eventer and course designer since 2005, expects the changes he has made thanks to the flyover to test riders in a way they never have been before at Burghley Park.

“This year’s Burghley is actually very different from anything we’ve ever done before because we’ve introduced a flyover,” he said.

“It means I can reverse one part of the course but not the other without any danger of the horses meeting – one out, one on the way back – which gives us much more flexibility in the future.

“For this year, it means complete change as the arena will come at four, the Leaf Pit at six, Discovery Valley and then the Land Rover Trout Hatchery at 11 and 12, so all of that is at the beginning.

“That is completely different to what it’s been for the last few years and then when they get across Capability’s Cutting they can go down to the Land Rover at the Lake.

“That circuit is all the same and then they go under the flyover and come home through the Anniversary Splash, so I think this layout will make the time the hardest it has ever been.

“When riders go round and round in one way they learn how to do it pretty good, nobody has ever done it this way so they are going to have to ride by the seat of their pants.

“I think it will help the cream come to the top as no one has ever ridden this one before, so it will be very much about feeling how much petrol your horse has got left in the tank as to when you can press and when you can be conservative.”

Cpt Phillips has a longstanding association with the event, winning it in 1973 before becoming course designer – one of only six to hold the role since it was founded in 1961.

And with the shackles finally off, he is confident the introduction of the flyover will allow him to maintain Burghley’s status as one of just six four-star events in the world.

“There is a flyover in Aachen (Germany) and one or two other places as well, but because of the lake and the massive tradestand area at Burghley there is only one way in, one way out so it’s not the easiest place to design,” he said.

“In terms of changing the track, you’re limited by the other infrastructure and the lake, but what this has done is taken the shackles off and given me more latitude to ring the changes year on year.

“Luckily, Burghley, the committee and the estate got behind me to make this investment, because while it was an investment this year, it will save them money down the road.”

North Hykeham’s Emily Prangnell may be riding in her first Land Rover Burghley Horse Trials, but the 26-year-old event rider believes a top-half finish is not out of reach.

The Kettlethorpe Sport Horses owner is a woman on a mission this year at Burghley; desperate to master the new look course and make her mark at the four-star event.

Her horse DHI Beaunesse will be one of 100 horses taking to the international event in Burghley Park from 30th August. Event riders will compete in dressage, cross country and showjumping disciplines. But for Prangnell, having Burghley on her doorstep means this experience will take on an extra special meaning.

“With it being our first four-star event, my primary goal is to complete everything and maybe finish in the top half,” said Prangnell.

“We hope that’s a realistic goal and anything from there really is a bonus. I’m going to try and do my best and so who knows what I can achieve.

“Burghley Horse Trials is such a big deal for me; I’m a local rider and I come from Lincolnshire.

“I’ve lost count of the number of times I have visited Burghley, I’ve competed in the Pony Club Showjumping, I’ve done the Burghley Event Trial here – but I never thought I was going to compete one day at the big four-star event.

The multi-award-winning Land Rover Burghley Horse Trials (30th August–2nd September) has been established as a major international equestrian and social event in the Autumn Sporting Calendar for over 50 years. For more information visit burghley-horse.co.uk