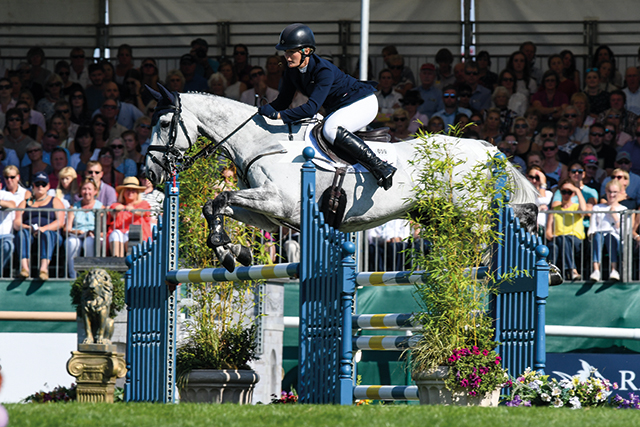 In anticipation of 2020 Olympic team selection and hot on the heels of this year’s Eventing European Championship in Germany, the 2019 Land Rover Burghley Horse Trials looks set to be an international affair, with some of the World’s leading riders and Olympic medallists descending on the Lincolnshire town of Stamford.
The event is considered by many to be Eventing’s greatest challenge and this year takes place from Thursday 5th to Sunday 8th September.

There are 86 entries in total in the competition lineup, which boasts a strong American and Australian contingent as well as riders from across the UK. Swedish, French, Belgian and Brazilian riders also add to the international flavour of the event; all competing for the substantial £95k first prize and coveted Land Rover Perpetual Challenge Trophy.

The defending champion, Tim Price from New Zealand, heads the entry list; in an exciting twist which is unique to equestrian sport, he will be not only accompanied by his Badminton-winning wife Jonelle but will also be competing against her.

Also vying for the title are three former Land Rover Burghley title holders. These include prolific Yorkshireman, Oliver Townend, the ever-popular British Olympian, Pippa Funnell and 2016 champion, Chris Burton from Australia. Completing the field will be twenty-six Burghley first-timers, including Britain’s David Britnell who shone in his Badminton debut earlier this year.

The Royal Family will once again be represented at Land Rover Burghley this year when HRH the Countess of Wessex visits the Event on the Sunday in her role as Patron of the British Show Pony Society.

In addition to many equestrian activities, displays and classes, the event boasts over 600 tradestands with wares ranging from luxury countryside clothing brands, paintings and jewellery to a wide range of equestrian shopping options. There is also a huge outdoor food walk, ideal for topping up a picnic hamper, tasting locally produced artisan treats and buying culinary gifts.

*The European Championship is held in Luhmühlen, Germany, from 29th August to 1st September.

The event will be available to view via livestream at www.burghley-horse.co.uk on Thursday 5th and Friday 6th September and via the BBC Red Button on Saturday 7th September. A two-hour omnibus programme will also be broadcast on BBC2 on Sunday 8th September.