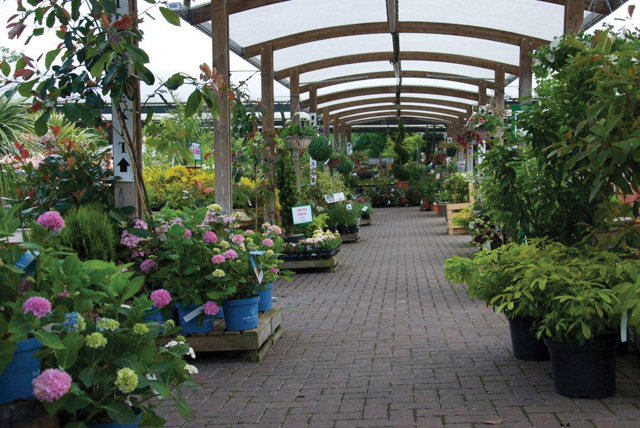 Woldside Classic and Sports Car in Louth have something very special in their showroom… one of the legendary rally cars of the 1980s – and this is an exceptional example!
Launched for 1988, the Lancia Delta Integrale replaced the Delta HF Turbo as Lancia’s new Group A rally star to compete with the Audi Quattro. Success was such that up to 1992 the car dominated its class in motorsport, winning forty-six rallies and six Constructors’ Championships outright. To keep momentum with this rallying success, the road car went through various improvements, making each incarnation more potent than the previous one. Lancia closed down its official works rally operation at the end of the 1991 season but the car was so good it was very successful with privateers for years to follow.

Although only offered in left-hand drive throughout its life, it was quite a success in the UK as a road car. The Integrale was a truly joyful driving experience; it was smaller, nimbler and quicker than its more expensive German rival. Even today, a well sorted Integrale, especially an Evolution model, is a true driver’s car and the way they drive makes it a much sought after car, and a rare sight on our roads today.

The 16v Evolution models are more collectible than the earlier 8 valve models. They have great street presence, instantly recognisable by the more aggressive looking wide wheel arches, adjustable rear spoiler and larger alloy wheels. The suspension is also lowered with a more rear biased four-wheel drive set. Power as standard was around 210BHP, with the sprint to 60mph taking 5.7 seconds on its way to a top speed of 137mph.

The biggest problem with these cars has always been corrosion. Almost all vehicles still in existence will have had some form of body repair in the past thirty years. Mechanically, the cars have strong engines and transmissions but poorly designed wiring can be an issue.

Woldside Classic and Sports Car are delighted to offer a 1991 Integrale Evolution 16v model finished in Monza Red. Unusually, the previous keeper owned and enjoyed the car for twenty-two years, regularly touring Southern Ireland and Europe. Even more unusually, he never broke down in the car – no doubt due to the car being cared for since 1994 by one of the UK’s most knowledgeable Integrale gurus, John Morton.

Most people reading this who have an interest in this type of car will be of an age to have fond memories of the Group B and later Group A rally cars of the 1980s and ‘90s. They most probably will have memories of early mornings in the cold, wet forests of North Yorkshire and the Lake District waiting for a glimpse of their heroes at full chat in their supercar with the brake discs glowing red, breaking the early morning silence – all of a sudden you seemed to forget how cold it was! John Morton was one of those heroes, having a highly successful rallying career.

In 1989 John’s business, Prestocar, imported quantities of new Integrale Evolutions from Munich. They were then marketed in the UK and sold as road cars. John had a strong relationship with Abarth in Italy at this time, which enabled him to import works tuning parts and alongside the road cars, he also fully prepared rally cars for private clients.

So, if you were in the market for a Lancia Delta Integrale Evolution who would you like to prepare it for you? John Morton knows these cars inside out and back to front. But as with all Lancias, and especially Monza Red ones, time had been unkind to the paintwork and bodywork in general. The owner of the car asked John his advice as to what restoration the car required and if he should commence with it.

Obviously, any restoration costs are expensive and time consuming and so it was decided that the car would be sold. It was sold to a close friend of John’s and fully restored to a standard better than new by John. A letter from John in the file says it would be the final Integrale he would build and the restoration was to be of the highest quality with no budget.

First, the car was fully stripped and all removed parts catalogued with a list made of all items which were unserviceable and requiring replacement. The bodywork was then fully stripped on a rotisserie to assess the overall condition. Surprisingly, the car had stood the test of time very well with only localised repairs required – these areas were carefully dealt with, then the car was seam sealed and under seal protected to original specification, taking reference from photographs taken on disassembly. Then numerous coats of Monza Red paint were applied prior to rebuilding.

The engine was stripped and overhauled even though it ran very well with no nasty noises. The crankshaft was re-ground with new bearings, the valve guides were replaced with the seats cut and the valves ground. The engine block was bead blasted and re-painted and all ancillary items were anodised prior to re-assembly. The transmission was fully stripped and assessed. The internals of the gearbox and diffs were all in good condition, although John modified the collapsible spacer for the front pinion shaft. All casings were then bead blasted and lacquered to avoid further corrosion, and on re-assembly a new clutch was fitted. The propshaft was re-conditioned with new Hardy Spicer joints and a new bearing in the torque tube. The steering rack was removed and sent away for pressure testing which was all good news; it was returned, had new flexi boots fitted and new track rod ends fitted. All suspension components were blasted and powder coated with new bearings and shock absorbers fitted. The Brembo brakes were fully stripped and re-anodised to original specification, on re-assembly, new seals were fitted as were new disc rotors and brake pads. The wiring was made good by replacing corroded wires and joints. Also an aftermarket alarm and radio speakers were removed – these should never have been fitted due to the car being an homologation model. Finally a new alternator and starter motor were fitted for reliability.

The interior was the final task. The grey alcantara had suffered discoloration from years of sunlight, with the driver’s seat showing signs of ‘fluffing’. The only solution was to painstakingly source OE trim from Italy and dispatch the seats and door cards to a specialised trimmer who made a fabulous job of replicating the original. The black alcantara headlining and carpets are in great condition and when you look inside at those striking Recaro seats you certainly get the wow factor!

Within the car’s file are invoices dating back to 1994, recent invoices and details of the work carried out, along with numerous restoration photos. Please visit www.woldsideclassics.co.uk to see many high resolution photos and detailed videos of the car, inside, outside, underside and on the road.

If you are interested in the car, Woldside Classic and Sports Car welcome any inspection and would be delighted to put you in touch with the restorer, John Morton. Please call 01507 606725 or call into our showroom on Tattershall Way, Fairfield Industrial Estate, Louth, LN11 8PG.