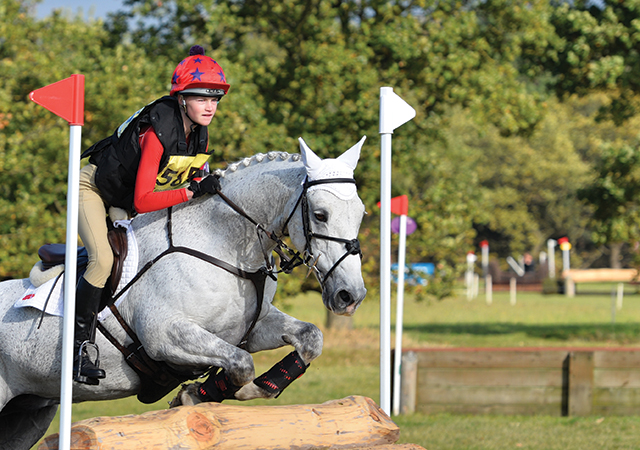 The Norton Disney Horse Trials helped to bring the 2018 Eventing Season to a close. The much loved family run event, which was blessed with wonderful sunny weather, was held over the weekend of 19th–21st October.

As always the event was expertly organised, with the wonderful cross country course designed and built by Joe Weller receiving its usual praise from owners, riders and volunteers.

Charles Warner brought in their popular MG cars to showcase, one of which had a front seat view at the water section of the cross country course.

RESULTS FOR THE TOP THREE OF EACH SECTION

In the BE100 – Section B, first was No Reason ridden by Mr Josh Haynes with Rapid Global VB ridden by Mr George Hilton-jones coming second and third was Desert Fox III ridden by Mrs Lisa Clarke-Spence

In the BE100 – Section C, first was Up On Stage ridden by Mr John-Paul Sheffield with Banbridge De Reve ridden by Miss Alex Hill coming second and third was REWARD ridden by Mr Angus Smales.

In the Novice – Section F sponsored by AJW Equestrian, first was Not Done ridden by Mrs Sarah Gairdner with Tick Toc Tim ridden by Mr William Morton coming second and third was Be My Romeo ridden by Mr Jordan Kavanagh.

Saturday:
In the BE100 – Section H sponsored by Charles Warner, was Mr John-Paul Sheffield starting the Saturday Eventing as he had finished the Friday by taking first place spot, this time on CSF Olympic Lucy. Second place was Autograf ridden by Miss Samantha Hobbs and third was Eagle Eye DHI ridden by Mrs Donna Abell

In the BE100 – Section I, first was Blue River III ridden by Miss Abby Corlett with Midnight Blues ridden by Mr John-paul Sheffield coming second and third was Benedict Dalton Radau ridden by Mrs Anne Mackley.

In the BE100RF – BE100 Regional Final sponsored by Mitsubishi Motors – Section K, first was Got To Guess ridden by Miss Jade Cannell with Diancara VDL ridden by Mrs Louise Anderson coming second and third was Rocket VII ridden by Miss Michelle Sampson.