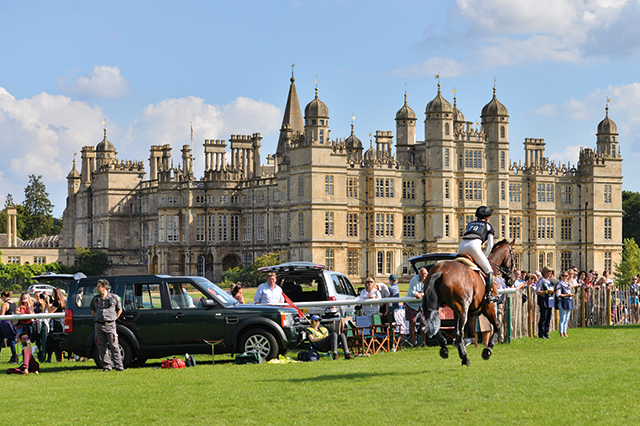 In the words of Land Rover Burghley’s event director, Elizabeth Inman: “It’s been a wonderful four days of sport. So many people put so much work into making this event such a success and we are indebted to Land Rover for its continued support.
For the first time since 2011 a British rider, Oliver Townend, holds the Land Rover Burghley title. While fellow compatriots Piggy French and Gemma Tattersall made it a British one-two-three, following years of antipodean dominance.

Carrying immense pressure, having sat in pole position overnight and being the last to go in the showjumping, Oliver Townend had a fence down, but remained 1.3 points ahead of the field and swept to victory.

“It’s very, very special,” smiled an emotional Oliver, who was competing a relatively inexperienced mount, the striking grey Ballaghmor Class. “We’ve had Ballaghmor Class from the word go and he’s a top class horse. I looked around the collecting ring and I honestly wouldn’t swap him for any other horse in there. It’s been a long time since I said that. It’s the biggest and most difficult event to win and it means the world to me.”

Piggy French, who returned to competition this spring after taking a year off following the birth of her son Max, pulled off a faultless clear round aboard Vanir Kamira, to climb up the leaderboard from fifth overnight into the runner-up spot.

Lying in second overnight, the pressure was on Gemma Tattersall and Arctic Soul, for whom a clear round would have resulted in a win, but they hit the penultimate fence to drop down to third.