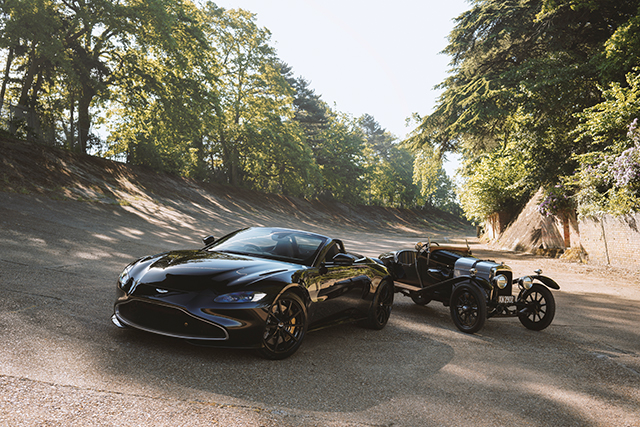 It is 100 years since chassis No.3, now commonly known as ‘A3’, rolled gracefully out of the marque’s then production facility at Abingdon Road in Kensington, London. The third of five Aston Martin prototype cars constructed before series production started, the car was used extensively by co-founder of the business Lionel Martin.

Fitted with a 1.5 litre, 11 hp four cylinder side valve engine, ‘A3’ was often seen with a streamlined racing body and in its heyday took several light-car speed records including first place at the Essex Motor Club Kop Hill Climb in 1922, as well as lapping the famous Brooklands circuit at 84.5mph in 1923.

One hundred years on from its construction, ‘A3’ is the pride of the Aston Martin Heritage Trust’s (AMHT) collection, which acquired it courtesy of a generous donation at an auction in 2002. After its acquisition by the Trust, ‘A3’ was restored to be as close as possible to its original factory specification by Ecurie Bertelli, the pre-war Aston Martin specialist.

To commemorate the historic car’s major milestone, and in collaboration with their friends at the AMHT, Aston Martin HWM commissioned the bespoke division of the great British luxury car maker – Q by Aston Martin – to capture the spirit of ‘A3’ in the new Vantage Roadster.

Simon Lane, director Q and special project sales at Aston Martin, said: “It is only right that this great marque takes the opportunity to celebrate the centenary of its oldest surviving model and I am thrilled that my team, working with the AMHT and Aston Martin HWM, have been able to create this tasteful yet suitably exhilarating tribute to our historic forebear.”

Orders are now being taken for the ‘A3’ Vantage Roadster, strictly limited to three examples via Aston Martin HWM.

About Aston Martin Lagonda
Aston Martin Lagonda is a luxury automotive group focused on the creation of exclusive cars and SUVs. The iconic Aston Martin brand fuses the latest technology, exceptional hand craftsmanship and timeless design to produce models including the Vantage, DB11, DBS Superleggera and the new SUV, DBX. Based in Gaydon, England, Aston Martin Lagonda designs, creates and exports cars which are sold in 55 countries around the world.

Lagonda was founded in 1899 and Aston Martin in 1913. The two brands came together in 1947 when both were purchased by the late Sir David Brown.