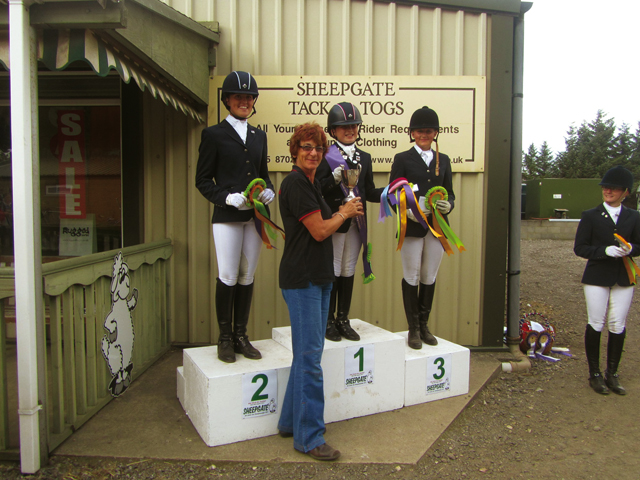 Every year since 2000, Lincolnshire’s popular family-run centre, Sheepgate Equestrian, has organised and hosted the prestigious Under 25’s National Championships.
This show has developed from a two-day championship in its infancy to what it is today; lasting for six days, there is no other dressage championship quite like it! Sarah Payne, the driving force behind this event works for many months in advance with Sheepgate’s small team of staff to create this unique event. Riders travel from as far afield as Scotland, Devon, Cornwall, The Isle of Man and every other extremity to participate. With a prize fund this year in excess of £10,000, the opportunity this show offers to under twenty-five year old riders is second to none.

Classes range from the lowest level to the highest level, so whether you are looking to begin your competitive experience or if you are an international rider, this prestigious show has something to offer. Incorporating British Dressage National Championships that riders have qualified for throughout the year, as well as FEI classes, every level has lots on offer. There is the highly competitive team competition, with over twenty teams from the regions competing against each other, as well as dressage to music which features highly and offers the spectator a fresh look on dressage; not forgetting the unique Sheepgate Derby classes where the top four successful riders from two classes have the opportunity to ride each other’s horse or pony in a ride off – this provides a great experience for all involved before finding the overall winning rider and horse or pony.

Over 1,000 tests were completed in 2013 and the show was lucky enough to have glorious sunshine for five out of the six days. Thirty judges officiated during the week and many up and coming young riders at every level were crowned champions.

Sheepgate’s motto of ‘well worth the journey’ does ring true as this family-run venue has developed an outstanding reputation during its sixteen years as a competition centre. Proprietor Sarah Payne is always open to new ideas and initiatives and this year’s Championships included some after-hours entertainment with Dog Agility by the Sarber Team, a taster session of T’ai Chi with Sue Kelly, Zumba with Katie Cooper and Donna Avison of D4 Dance and Fitness, as well as Performance Coaching with Danielle Olding of From The Neck Up. Laura Payne was onsite to offer sports massage to riders and there was live music by The Gherkins on party night. List one judge Sue Carson offered an informal judge training session to riders and parents which was very well received. All of this contributed to making the Under 25’s Championships 2013 one to remember.

Full results and further details can be found at www.sheepgate.co.uk Follow on Facebook to get the very latest news and offers.