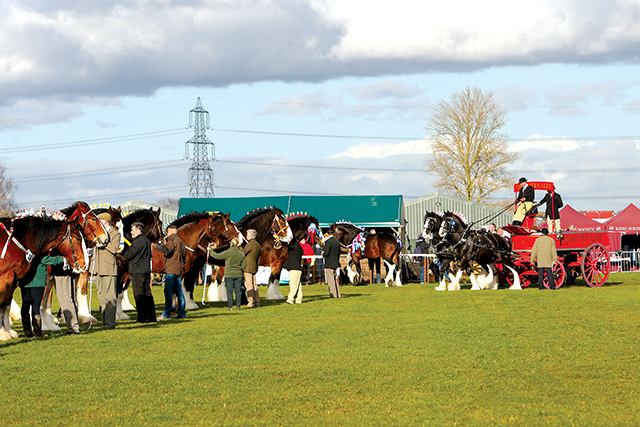 For the first time, the Shire Horse Society staged its National Shire Horse Show on the Lincolnshire/Nottinghamshire border at Newark Showground – attracting competitors and spectators from far and wide.

Almost 200 horses competed in the event, which is the largest gathering of Shire horses in the world.

The show is also believed to be one of the oldest, almost continuous, horse shows in the world, having been held for the first time at the Royal Agricultural Hall in Islington, London in 1878, when the charity was named the English Cart Horse Society.

More than 140 years later, the gentle giants of the horse world were put through their paces in hand, ridden and in harness at Newark Showground.

Victoria Clayton, Shire Horse Society secretary and show director, said: “After a gap of two years caused by Covid, in which we were unable to stage our 2020 and 2021 shows, we were delighted to once again welcome competitors and spectators to our flagship event.

“It was the first time that we had held our National Show at Newark Showground and we were delighted with the support we received from visitors from Lincolnshire, Nottinghamshire and further afield.”

Among the guests at the event was Her Royal Highness, The Countess of Wessex, who is president of the Shire Horse Society.