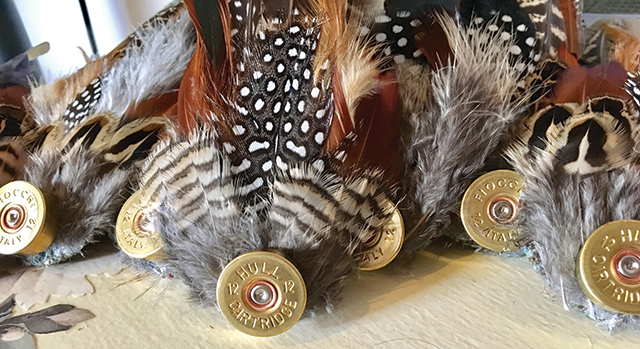 Through my interest in country sports and my role as founder of ladies shooting club Femmes Fatales, I have met a wealth of incredible, ambitious women who share my passion for the outdoors. One such woman is Eve Millar.

Although I grew up in rural Lincolnshire, I didn’t discover the sport of clay shooting until I began working for an ammunition manufacturer in my twenties. While my passage to the sport came through my career, I have met hundreds of women, all with different stories of how they came to be spending their Sundays, gun in hand, smoking clay targets in what’s generally considered a man’s environment.

It is always an absolute pleasure to get to know the women behind the shotgun, all of whom come from different backgrounds and have interesting, inspiring stories.

Eve Millar (25) was born and raised in Lincoln, but is now pursuing her dream to live the ‘good life’, having relocated to the Wolds where she enjoys the idyllic scenery, spending time with her dogs and horses.

Our paths crossed long after she was introduced to the sport of clay shooting by her partner, Jon. She was at first hesitant to try it, but the lovestruck young woman was prepared to step outside her comfort zone in a bid to impress him. “I unwillingly agreed to try something I knew I wouldn’t be interested in, I was wrong!” she said.

Taking to the clays like a duck to water, Eve quickly found herself enjoying it.

“The first-time nerves and anxiety soon floated away along with the smoke from the barrel, only to be replaced with a sense of empowerment and adrenaline,” she said.

This led to her involvement with Femmes Fatales, shooting with the girls at Lincolnshire venues such as the wonderful Pinewood Clay Shooting Ground, a hidden gem not too far from Gainsborough.

After finding herself surrounded by a network of friendly, supportive women, Eve saw an opportunity to promote the new venture she had been working hard to build, The Indulgent Dog Company. A range of beautifully hand crafted, quintessentially British clothing and accessories for ladies, gentlemen… and dogs with discerning taste!

Eve took inspiration from her French bulldog Izzie, who for a little short, stocky funny looking breed of half-pig half-dog, was every bit as loyal as a Labrador and as bold as a Spaniel.

“I realised that although something may not be traditional or conform to the traits of certain breeds, it does not mean that it’s incorrect and cannot be done,” said Eve. “I therefore take traditional designs and give them their own unique twist for the brave and bold.”

Combining her love of shooting with her passion for style, Eve often incorporates pheasant feathers and spent ammunition into her designs, as well as traditional tweeds. Her unique, handmade creations are not just worn by ladies and gentlemen with a love of country attire, but also by the canine companions that accompany them on shoots.

Looking to the future, Eve anticipates a lot of hard work and time spent away from her shooting friends.

She said: “As with most new business owners, I unfortunately now lack time for myself and have had to make sacrifices to hobbies and social activities. It is, however, greatly missed.”

I’m certain that her hard work is indeed paying off, as I regularly see her quirky headpieces, cufflinks and brooches adorning stylish shooting types when I’m out and about. I can’t wait to see the new pieces that the Indulgent Dog Company will be launching in 2018 and am looking forward to shooting some clays with Eve again very soon.

For more information about The Indulgent Dog Company, visit the website www.theindulgentdogcompany.co.uk.

For Femmes Fatales news and events go to www.femmes-fatales.co.uk.