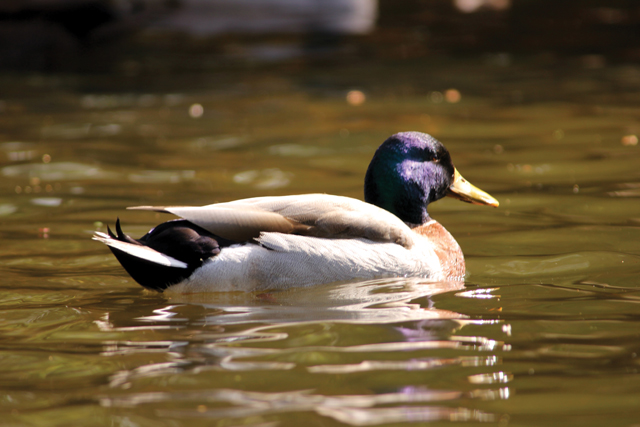 The Gunroom provides the best platform for all shooting pursuits – Send us your news on editorial@lincolnshirelife.co.uk
IN THE FIELD…
I start this month’s report on a sad note: Fred Panton from East Kirkby has passed away at the age of eighty-two. Fred was best known for his aviation museum and his restoration of the Lancaster ‘Just Jane’ but he was also a countryman and an icon to all those who knew him. I had the pleasure of meeting him on a few shoot days and was always struck by his easy charm and his down to earth wisdom; his philosophy was to always look forward to the next challenge and not dwell on the past. He gained success in business through hard work, determination and his faith in God. He was awarded the MBE by Prince Charles in 2003. A much-loved family man, he will be sorely missed by all who knew him.

FROM WHERE I’M STANDING
By now harvest will be getting under way, with oilseed rape and winter barley usually the first to face the combine. This can be a risky time for some ground nesting birds, as many chicks are not yet fully grown and are not aware of the danger that farm machinery presents. Their natural reaction is to crouch down as low as possible and this does allow the combine to pass over them and leave them unharmed but occasionally one or two are lost. Still, the harvest must go on as this is the culmination of the farming cycle when the year’s work comes to fruition. Probably our most loved and revered little game bird is the English or Grey Partridge. This fascinating bird has, to a certain extent, suffered in past years due not to shooting pressure but habitat loss and intensive farming methods. Thanks to changes in farming practices and efforts by landowners sympathetic to its plight, however, it is making a comeback. One farmer in particular with a passion for its survival is Gerald Needham, who farms 400 acres at Coleby near Lincoln. I first met Gerald some years ago when he gave me permission to shoot pigeons on his farm, but recently he told me of his love of this little bird and how he has tweaked his farming methods in a way that does not impact on profitability but increases dramatically the bird’s breeding success. This is due to the provision of the right sort of cover and habitat. I visited him recently and he showed me round his farm. As we stood in a knee high strip of bird mix, he explained the importance of having cover enough to shelter the birds and protect them from predators and to help them with the right environment. Grown on a two-year rotation the strips were a riot of colour as the flowers of sweet clover, fodder radish, kale and chicory would later become seed heads to provide winter feed for a myriad of finches and other small birds. In the warm sunshine we listened to the constant hum of bumble bees and other insects all taking advantage of Graham’s efforts. His enthusiasm and commitment was clear to see and is an example to us all.

The issue of non-toxic shot is in the news at present. For a few years now it has been illegal to use lead shot to shoot wildfowl. Sadly, many choose to ignore the law. Last season seventy per cent of ducks tested at game dealers’ contained lead shot. If this continues, those groups that are opposed to shooting will claim that the law is unenforceable and will call for a total ban on the use of lead shot in this country. It is already law in some EU states so it could happen here. Please do not use lead to shoot wildfowl this season, the modern alternatives are very effective. I personally use Eley VIP Steel in 5 shot and it is mustard. If you use lead, you are personally putting a nail in shooting’s coffin.

The Glorious Twelfth is almost upon us; not that it affects me, as grouse shooting is beyond my pocket. But for those lucky enough to get onto the moors this heralds the start of the 2013 shooting season. It also heralds a week of silly reports in some sections of the national press. Stories of toffs mowing down innocent wildlife with machine guns is a surefire winner in the battle for headlines, with little mention of the millions spent on conservation and the preservation of our heather moorlands. Our UK heather uplands are unique in the world and must be preserved at all costs. To our credit, it is only shooters who are prepared to spend their own money to achieve this.

As you read this, the Game Fair will have come and gone. Hopefully unlike last year the sun will have shone and the crowds flocked in. I will tell you all about it next month.

SPECIAL PUPPY, PUPPY, JUNIOR HANDLER & VETERAN TESTS HELD AT NOCTON, NEAR LINCOLN ON SUNDAY 16th JUNE 2013
We thank Mr Robert Howard of EM Howard Ltd for allowing us to hold these tests at Nocton and Chandlers of Horncastle and Thomas Bell & Sons of Brigg for kindly providing prizes of dog food for our winners.

The weather was good and thirty-one dogs in all took part during the day. The judges were Sue Lowe and Martin Eveleigh and chief steward was Katie Capps. The four tests for the special puppies and puppies in the morning all took place in and around the reservoir and were varied slightly for the ability of the dogs taking part. For some of the six special puppies it was their first outing in the company of other dogs and they grew in confidence as the morning went on. They were given marks in varying terrain and a water retrieve. The fourteen older puppies were stretched a little more and their retrieves included a longer marked retrieve in the wheatfield as well as a memory mark out on open ground, which most managed to hunt up and find quite well. The puppies also had a short two-dog walk-up to test their steadiness. After lunch the awards for the Special Puppy and Puppy Tests were presented by Christine Capps before we set off to complete the Junior Handler and Veterans Tests.

In the Junior Handler class it is the handler’s ability to deal with the situation that is tested, not the quality of the dog. It is good to see some keen young handlers coming along. The winner, Brad Slingsby, scored full marks and Emily Bristow came a close second.

Holt’s June sale grossed over £1.25million and included some fascinating items, my favourite perhaps being a 6 bore double-barrel percussion shotgun by Harper. It’s the provenance though that’s great: it belonged to a Benjamin Caunt, as engraved on it, along with ‘Champion of England’.

He was the last great prizefighter, winning that title in a seventy-six-round contest in 1838 and was a keen live pigeon shot. He weighed eighteen stone, was 6’2”, a giant then. It is believed by many that the great bell in the tower of Westminster is named after him, Big Ben. He was buried in Hucknall, Nottinghamshire, in the same graveyard as Lord Byron in 1861. His Harper made £5,000.

Closer to home a beautiful J Woodward & Sons was delivered to my last valuation day, by a local vendor. The shotgun is termed an ‘automatic’ and was absolutely cutting edge in November 1879. It was one of a pair, in fact, built for the Marquess of Stafford, later Duke of Sutherland.

He would have been something of a modernist in ordering this; the gun is a non-ejector and along with its pair, now lost, would have seen action on his grouse moors and partridge estates.

It is intriguing to think this gun would have been in the company of Bertie, The Prince of Wales and that other famous shot, The Marquess of Ripon. The gun is still original, with its fine Damascus barrels, and still in use – surely a testament to its practicality and effectiveness – 134 years later. It sold for £1,600.

Also up for auction were flintlocks which were the property of a gentleman, or Wealthy Young Man. They would have been beautifully cased with all the loading tools and accessories. Such items are, in fact, a glimpse into our lawless past.