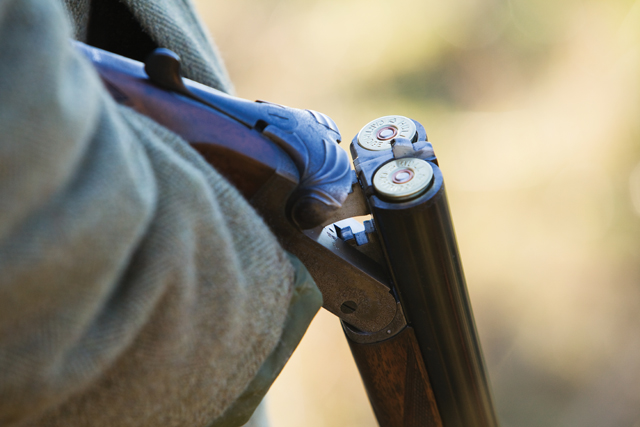 Most keepers and shoot managers will know roughly the amount of birds they have left and a ratio of about five hens to each cock is about right. Also, to keep those birds well fed and in good breeding condition feeders will need to be kept topped up until at least April.

February is traditionally the month when we undertake what is described as ‘roost shooting’ when, for the first three or four Saturday afternoons after the shooting season has ended, shooters will gather in the woods to try and reduce pigeon numbers, before the spring cultivations start.

With as many woods manned as possible, pigeons looking for a place to roost can be kept on the move until dark, thus giving shooters great sport, while at the same time reducing their numbers.

Pigeon numbers have increased hugely in recent years and the struggle to control them goes on; though this winter has caused farmers growing oilseed rape few problems, due to the fact that there was such an abundance of natural food in the form of acorns, beech mast, ivy berries and much else to keep the pigeons well fed and occupied.

February is also the month when rooks will start their breeding cycle. Anyone who has a rookery nearby will know that they are already busy nest building and making a raucous noise, as they squabble between each other over the best nesting sites. By the end of the month things will have settled down and laying will begin. Rooks are amongst our earliest laying birds and will have between four and six eggs in the nest, regardless of the weather or the temperature. February and March can be very cold with frost and snow at any time, but the rooks just carry on regardless.

I mentioned last month the importance of introducing newcomers to our sport, particularly youngsters, so it gave me great pleasure to be present on a shoot day just before Christmas as a guest of my cousin. He was joined by his twelve-year-old stepson, who under supervision and on his first driven day accounted for his first pheasant with his 20 bore. I was on the next peg and was witness to his excitement; it reminded me so much of my first pheasant way back in October 1961 aged just eleven. Walking up some potatoes with my dad and my uncle and with a single barrel 410, I shot my first pheasant. That occasion has stayed with me all my life and I know my cousin’s stepson will remember his day too.

Looking forward, the first major event of the new year for country sports enthusiasts is the British Shooting Show at Stoneleigh Park in Warwickshire on the 14th, 15th and 16th February. This show just goes from strength to strength. From its humble beginnings at the Newark Showground just five years ago it is now a huge attraction. The big plus is the fact that all the exhibits are under cover in the heated halls of the former Royal Showground. Last year’s show did experience some vehicle access problems – this was due to a total underestimation of how popular this show is and subsequently how many cars arrived. We have been assured that all access gates will be open this year but do try and get there early, as there is a lot to see – and of course it’s a chance to pick up those bits of kit we feel we just cannot manage without.

Finally I do like to hear your comments or questions on my articles or any subjects related to shooting and the varied wildlife in this beautiful county of ours, so please feel free to contact me via the office and I will be happy to reply personally or in print. Email: editorial@lincolnshirelife.co.uk

December’s sale in London found that Holt’s can really do Christmas presents. There were two pairs and four single sidelever sidelock ejectors – my favourite and the most beautiful of guns. Frederick T Baker, inventor and gunmaker, sold his guns from Piccadilly Circus like so many of his ilk. The guns comprising Lot 1325, numbered consecutively are in their original state in an oak and leather case with all accessories. They made £9,000 including commission.

The joy of the sidelever – as seen in the photographs – is how clean the lines of the gun are. When using it, the thumb pushes down to break the barrels in what is a very natural action. You could specify the lever, whichever side you preferred.

Lot 1716 by Beesley was a sidelever boxlock ejector, another beautiful gun. Beesley of course sold his patent self-opener to Purdey. William Scott, later of Webley and Scott, spelled the end for the sidelever as their two designs – the Purdey double bolt and W C Scott’s screw-type top lever – changed gun design forever. Clients wishing to consign or visit for a free valuation can always contact me, Simon Grantham on 07860 300055.