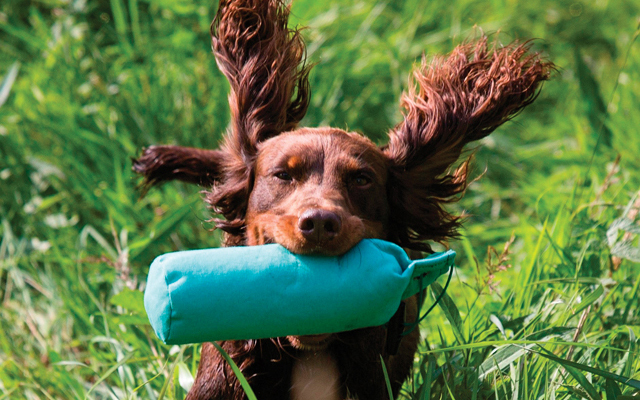 The Gunroom provides the best platform for all shooting pursuits – Send us your news on editorial@lincolnshirelife.co.uk
HOLTS
Auctioneers of fine modern and antique guns are now the largest Sporting Auction House in Europe, specialising in sporting items and militaria.

The photograph just shows a small selection of items delivered to my office last week, which included a cartridge magazine by Peale of London to hold 500, and a hunting lunchbox including a cut glass flask with silver top and beaker.

In the past, many gunsmiths ordered guns in the white from Birmingham, unfinished, and then completed them in their house style and put their name on it.

Two Woodwards are present, of staggering quality: No. 4641 (circa 1894) is a sidelock ejector but with Purdey Thumbhole opening – one of a pair but on its own. The other No. 4376, number three of a trio, in its original oak and leather case comes with every accessory imaginable – even spare striker pins in their wrapping paper in a beautiful chrome container. This gun of 1888 is an underlever which also cocked the action, called ‘Automatic’. The case is marked The Earl of Craven.

The earliest gun was a Purdey No. 6343 with continental trigger guard style opening, with 28¾” barrels – very odd, as the case is designed for 30”. Sure enough the gun was originally a muzzle loader. Mr Purdey duly converted this to breech opening sometime after 1862 when it was made. There is another Purdey No. 7120 of 1892, quite a late hammergun – very pretty and is thumbhole opening. Both will make up to £2,000, a small price for such history. Lord Craven’s Woodward may make £5-6,000 and the Thumbhole £2-3,000.

All of these guns are in proof with good barrels and will be in our June sale in London. For free valuations or to consign, call me Simon Grantham 07860 300055.

FROM WHERE I’M STANDING
With the dust now settled after the results of the general election, those of us who live and work in the countryside – and all those who enjoy the many activities that the countryside has to offer – can sleep a little easier in our beds, safe in the knowledge that the current administration is at least receptive to our way of life.

There will not be any immediate threats of unwarranted legislation that had been threatened by some of the opposition parties, but of course this does not mean that we should not be constantly vigilant. As we all well know, much of it comes from Brussels.

Thankfully all our major countryside and shooting organisations are always watching on our behalf, so if you are not a member of one of them might I suggest you give them your support, as they are always working for you, twenty-four hours a day, seven days a week.

Flaming June does not always live up to expectations as far as hot weather is concerned but it is the month when every bit of flora and fauna is just about at its peak. Being out and about in the countryside is such a joy. Every bird and animal is doing its best to create the next generation and this can be seen almost anywhere.

Just an early morning or late evening stroll down any country lane or woodland trail will provide sights, sounds and smells that intoxicate the mind. It is something that we can all do; there are many forestry woodlands in our county that are open to the public, often with the guidance of a warden who will explain and point out things that could so easily be missed.

On your own or with family or friends, a short walk an hour before dusk anywhere that is not too busy with traffic or people will open the possibility of seeing something not normally seen. No special skills or equipment are needed, just walk quietly, keep your dog on a lead and just watch and listen. Talking to my neighbour recently he mentioned that he had never seen a wild deer. I was able to tell him that roe deer were present not ten minutes’ walk from where we were standing, I plan to show him his wild deer soon.

The current ban on the use of lead shot for wildfowl is still a contentious issue. In Scotland it is only banned over wetlands where wildfowl might feed, but for the rest of us we must use an alternative such as steel.

Lead shot was originally banned because it was claimed that ducks and geese were dying after ingesting lead while feeding. Not a shred of credible evidence was ever produced to substantiate this claim, but the protectionist groups seized upon it with gusto and it was forced upon the whole of Europe including Britain. Some countries refused and others are now looking at the lack of any evidence to rescind this draconian law. I think it’s time the UK looked at it again as it serves no useful purpose for the shooters or the ducks.

Wild bees are declining rapidly, according to a five-year study carried out by entomologists from the Game and Wildlife Conservation Trust. Dr John Holland, head of farmland ecology, explained that the lack of flower rich habitat was a limiting factor in the recovery of bees as well as butterflies and other pollinators. He also said that protecting hedges and woodland edges from fertilizer and herbicide drift was vital for bumblebees as well as carder bees and red-tailed bees. These natural areas also benefited other wildlife such as birds and small mammals.

When queen bumblebees come out of hibernation in early spring, they need an ample supply of nectar from spring flowers such as white dead-nettle, primrose and bluebell. Similar to wild birds, bees also suffer during the ‘hungry gap’ after winter before flowering farm crops kick in.

June can sometimes be a bit of a lean time for the pigeon shooter because other than late peas there is not much else to go at until harvest. But all is not lost, pigeons will take an interest in any areas set aside or margins that are weed rich. Also any grassland that has clover in it will attract birds at different times. Nowadays I tend to give them a break during summer, before renewing the campaign when harvest starts.

Finally, don’t forget to come and visit the Lincolnshire Life stand at the Lincolnshire Show. I will be there at various times so if you have any wildlife or shooting questions or just want a chat do please pop in and I will be delighted to see you.