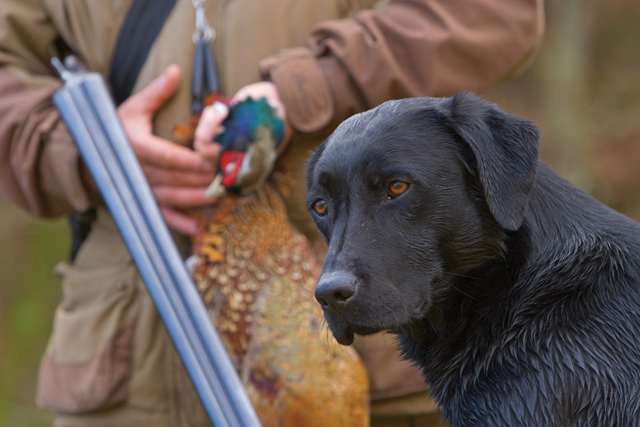 October arrives with good news for field sportsmen and women but perhaps not such good news for pheasants. Yes, the first day of this month heralds the start of the pheasant shooting season and if the gamekeepers have done their job well, there will be many a pheasant on the table between now and the beginning of February. If you are one of those who will be shouldering a gun during this season, may we wish you a safe and satisfactory time.
NEW MEMBERS WELCOME AT FEN CLAY
Fen Clay Shooting Club is always keen to welcome new members. The club has forty-six members and rising with an average turnout of thirty plus. It holds shooting days every other Sunday from 9.30am to 1pm at its Suttling Dales Lane ground near Sibsey.

Annual membership is £30 maximum with various discounts available and help and advice is readily available for newcomers. Interested?

WELL DONE ANDY – AGAIN!
Andy Harvey must have a bruised back from all the patting since he secured the county’s Supreme Champion title for the third successive year.

Meanwhile, the County team had a great result from the East Midlands Inter-Counties ABT competition recently, sweeping the board in all categories except the Junior in which Lincolnshire did not enter a team.

ROYAL MAIL PLANS POSTAL BAN OF FIREARMS AND PARTS FOR SPORTING USE
Royal Mail looks set to shoot itself in the foot again by pushing ahead with its proposals to ban the carriage of firearms and component parts using its postal and parcel service.

Royal Mail announced that it was considering this move during August and now says that the proposals are likely to be adopted in order to comply with legislation.

However, BASC points out that the consultation document mentions accessories, such as magazines, fastenings and triggers, which are not regulated by firearms legislation, and that a ban on their transportation would have a significant impact on thousands of shooters who live in the countryside, including Lincolnshire of course.

There are a number of businesses in the county which also offer a mailorder service to sporting shooters. They will have to find alternative ways of sending out their orders.

BASC also dismissed Royal Mail’s claims that a dedicated handling system would have to be set up to provide safe custody of guns as ‘flawed, legally incorrect and not evidence-led’.

BASC’s director of firearms, Bill Harriman commented: “This is a solution to a problem that does not exist. Without any evidence and having gone through this process in 2005 when it was knocked on the head by the regulator, one wonders why Royal Mail is doing it again.”

Must be making too much money!