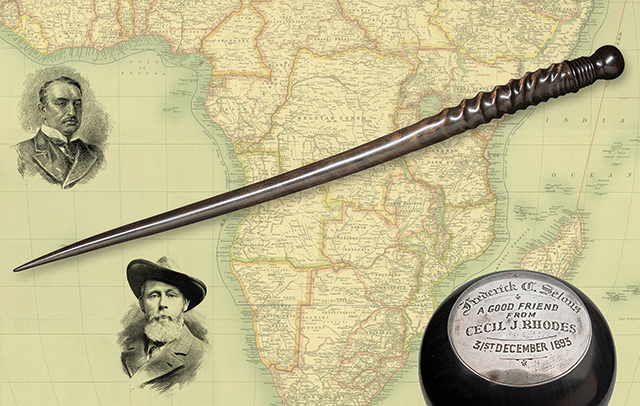 Holt’s have been called in to clear the premises for John Dickson of Edinburgh. Dickson, famous as the ‘Purdey of the North’, started in 1795 going on to make many memorable guns, notably the ‘Round action’.
What was so interesting was that unlike the sidelocks we all recognise these guns were built on the trigger plate action style – all the workings were built over the triggers and even the ejectors were worked from here.

Some of Dickson’s customers were as famous as him, notably one Charles Gordon, a gunmaker’s dream. Mr Gordon entered Dickson’s High Street premises on 63 Princes Street in April 1875 and ordered one of these new breach loaders – he bought two more the following year. By 1893 he was buying twenty-five guns a year; this carried on until 1906 when, unsurprisingly, he was in severe financial difficulties. Intriguingly Mr Gordon seldom fired any of these guns, so they remain in pristine condition and are well known in sale rooms, including Holt’s.

The most interesting gun we had was a three barrelled Dickson; all were side by sides with a barrel above or below the other two and were single triggers too – usually in 16 bore. They also produced an over and under, which was essentially a side by side turned on its side and made into a side opener.

They collected other famous businesses too: Alex Martin, James McNaughton, T Mortimer and J Harkom (always interesting as all the interior mechanisms are generally gold plated).

Dickson acquired the premises too; gradually these were closed down, the last one at Glasgow in 1985. They still retain a premises at Dunkeld but sadly the famous Frederick Street shop has closed and Edinburgh no longer has a gunmaker.