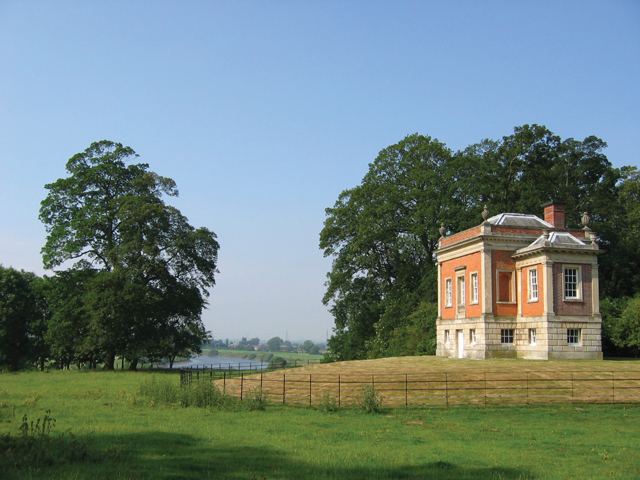 The charms and delights of staying in Lincolnshire

Sometimes one hotel room can look pretty much like another. Do you ever feel as if you would like to stay somewhere a bit different?
Here in Lincolnshire we are blessed with a very interesting selection of quirky and friendly places to stay. Whether you fancy staying in a yurt, a windmill or an old palace we have somewhere to suit all tastes.

A good place to start is with the Landmark Trust. As well as having two great properties in Lincolnshire, they have an amazing selection of places all over England, Scotland and Wales and even some in Italy, France and the USA. The Landmark Trust is a British building conservation charity, founded in 1965 by Sir John and Lady Smith, that rescues buildings of historic interest or architectural merit and then makes them available for holiday rental. There are two fascinating places in Lincolnshire that are owned by the Landmark Trust – The House of Correction at Folkingham and The Chateau at Gate Burton.

The House of Correction at Folkingham was acquired by the Trust in 1982. The imposing structure was once the gateway to a prison which was capable of holding up to seventy wrongdoers. The inmates were usually only guilty of less serious crimes such as petty theft, disorderly conduct or idleness. There had been a house of correction in Folkingham since 1609 but by 1802 it was not in good repair and work was begun on a new one in 1808. It was built on the site of a castle which had been abandoned since the sixteenth century. It was decided that a new imposing gatehouse was needed in order to intimidate the new inmates as they arrived. It was eventually closed in 1878 and it was sold to a builder, who pulled down the outer wall and turned the prison buildings into cottages.

In the 1960s the cottages were declared unfit and were demolished. The gatehouse was saved by Sir Arthur and Lady Petersen in 1965 and eventually it was passed onto the Landmark Trust. Today it is a pleasant and unusual place to stay which sleeps four people. Folkingham itself is a pretty little village which has the most amazing chocolate shop called Hansen’s Chocolate House.

The Trust’s other Lincolnshire property is The Chateau at Gate Burton near Gainsborough. Built in 1747 as a weekend retreat for a wealthy lawyer, it is an ornamental garden building with a French flavour. Designed by a nineteen-year-old Yorkshire architect, it stands in parkland with lovely views towards the River Trent. Today it sleeps two people and, as one guest wrote in the visitor book, ‘It is like living in a very upmarket doll’s house.’

As a complete contrast, how about staying in a yurt, a tent like structure as used by nomads in the Steppes of Central Asia? Lincoln Yurts have five different themed yurts on their site just outside the village of Welton. They are Gothic, French, Oriental, Balinese and Mongolian and are luxuriously equipped with as many home comforts as possible, without taking away the camping experience. It is possible to take your dog along to the Mongolian, Balinese and Gothic Yurts and you can even bring your own horse which can be stabled on-site for £20 per night.

Do you fancy staying in a working windmill? If so, head off to Boston to one of the tallest windmills in the country. The Maud Foster Windmill and granary were built in 1819 and were bought in 1987 by the Waterfield family who still run it today. The flat in the granary sleeps two people and is very well equipped. The thoughtful owners supply a good selection of groceries to greet you when you arrive, including bread made from flour from the mill. A free visit to the windmill is included in your stay. You must remember, however, that it is a working windmill so there will be various rumblings from the machinery during daytime working hours. Boston is well placed for visiting the Wolds and the Lincolnshire coast.

If you fancy something a bit more exotic, why not try the Oriental Brew House in Long Bennington? Situated between Newark and Grantham, this is a place not to be missed. Owned by a sculptor and a fashion designer, it is a Grade II listed Elizabethan Longhouse and is a very unusual self-catering property. Inspired by the carved screen which was installed there over 100 years ago, it has an exotic oriental theme and is full of antique furniture and ethnic art.

A traditional Persian carpet softens the medieval style terracotta floor and leopard skin curtains from the famous Biba store provide extra warmth and privacy. The oriental theme continues into the bedroom and kitchen. The décor has been described as ‘Louis XV meets the Addams family’!

If luxurious surroundings in an historic setting are your thing, look no further than The Old Palace Hotel in Lincoln, near the cathedral. There has been a palace on this site for nearly 100 years. From here the medieval bishops ran the huge diocese of Lincoln which at that time stretched from the Humber to the Thames and from Cambridgeshire to the edge of the West Midlands.

The hotel is surrounded by medieval ruins which are managed by English Heritage. The building you see today was built on medieval foundations in 1720. In 1948 the Bishop of Lincoln moved to a smaller house on the north side of the cathedral and the palace went through various different phases over the next few years.

In 2007 a major refurbishment was undertaken and The Old Palace opened its doors and offered conference facilities with luxurious accommodation. In 2011 it was decided to extend the services offered and open it as a hotel. It now offers comfort in an unparalleled setting with amazing views.

If you want to follow in the footsteps of no less than seven kings of England, head for the Angel and Royal Hotel in Grantham. Known as the oldest surviving English inn, the main façade of the building that stands today was built about 600 years ago. Even then there had already been an inn on the site for 200 years which was built as a hostel for the Brotherhood of the Knights Templar. Through the years it was visited by royalty on many occasions including King John, Richard lll and Charles l. It became a very famous coaching inn, as Grantham was in a prime position on ‘the Great North Way’.

Today it is a very comfortable and welcoming hotel which, despite its age, is full of all the modern facilities you might need. They are very proud of their history and in the lobby there is a wall which features a selection of documents, photographs and drawings of the Angel and Royal.

So as you can see there is a wonderful selection of interesting places to stay in our beautiful and historic county. To find out more information visit:
www.landmarktrust.org.uk
www.lincolnyurts.com
www.maudfoster.co.uk
www.orientalbrewhouse.co.uk
www.theoldpalace.org
www.angelandroyal.co.uk

REDHURST B&B AND THE SHED AT REDHURST B&B
Situated on the edge of the Lincolnshire Wolds in the delightful rural setting of Holton-cum-Beckering, near Market Rasen, is Redhurst Self Catering and B&B run by Vivienne Klockner.

Four-star accommodation is offered in both the main house for Bed and Breakfast guests and in what is affectionately known as The Shed – a Scandinavian cabin suitable for sleeping up to four – located in the grounds.

The Shed has been designed with mobility in mind, offering easy access all on one level, wide doorways and a wet-floor shower room with a walk-in shower. The kitchen/dining room and lounge are beautifully equipped with high specification equipment including a dishwasher, 32” LCD TV with Freeview and fridge-freezer. A double bedroom and a twin bedroom offer comfortable and cosy accommodation overlooking farmland and a colourful garden.

In the main house there is a large twin bedroom which adjoins a well-equipped kitchen giving guests the choice of B&B, partial or total self-catering. Other rooms include a second twin bedroom or a single room.

All guests can start their day with choices from the Breakfast Wish List, which offers everything from a Full English with Lincolnshire Sausages and a more continental option with a variety of homemade marmalades, jams and jellies.

Redhurst is a great location from which to explore the lovely Lincolnshire coastline, peddle the many cycle routes close at hand or visit the historic county market towns or city of Lincoln. For further details contact 01673 857927 or visit www.redhurstbandb.co.uk