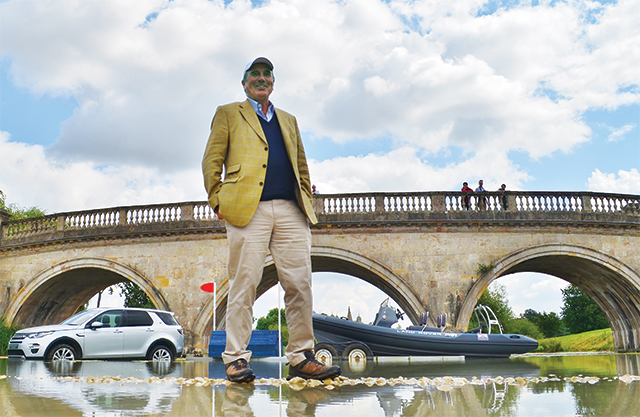 Coming hot on the heels of the 2016 Rio Olympics, this year’s Land Rover Burghley Horse Trials looks set to be an international affair, with some of the world’s leading riders, including five Olympic medallists descending on the Lincolnshire town of Stamford, for what is considered by many to be Eventing’s greatest challenge.

A win for New Zealand’s Andrew Nicholson would make for a fairytale result. Not only is he the only rider ever to have won the event three times ‘in a row’ but in 2015 he suffered a fall resulting in a serious neck injury which causes paralysis in ninety-eight per cent of cases. Following a remarkable recovery and now back to full fitness, Andrew, who plans to ride two of his three entries (Jet Set IV, Qwanza and Nereo), will be competing in his first 4* event since the accident.

With neither last year’s winner Michael Jung nor the hugely popular William Fox-Pitt entered, due to their Rio commitments, we could be seeing a totally new face heading the podium this year. Strong challenges are likely from antipodean riders such as Christopher Burton – who brings Nobilis 18 and TS Jamaimo – and Shane Rose, who has entered Shanghai Joe, CP Qualified and Virgil. Britain’s Zara Tindall and High Kingdom are also looking competitive, as are Sarah Bullimore, Izzy Taylor and Rosalind Canter.

The event also sees twenty-four first time combinations. Young British riders include Lissa Green, whose mother Lucinda Green won the event in 1977 and Oxfordshire-based Imogen Gloag who at twenty-one years is the youngest rider in the competition. At the other end of the spectrum, experienced Italian Olympian Giovanni Ugolotti will visit Burghley for the first time with Oplitas.