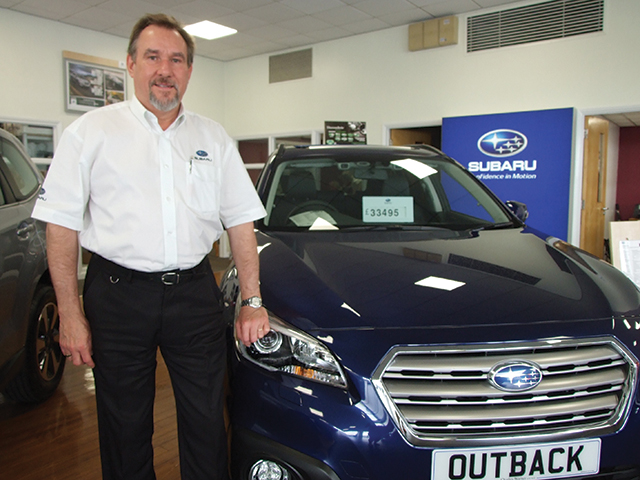 A new totum appeared on Lincoln’s Outer Circle Road in June as long established family-owned motor dealership Charles Warner brought the Subaru marque into their business.
Nothing stands still for long in the motor industry and sales manager Nigel Burley, who has been in the industry for over forty years, thinks their newest franchise is a perfect fit for their customer base.

“This builds on a relationship we had with International Motors when we were dealers for Daihatsu and we are delighted to bring sales and service for Subaru to Lincoln after a gap of a decade,” said Nigel.

“As 4 x 4 specialists and with seven models, Subaru offer the well-engineered, reliable and versatile alternative for those rural dwellers or people who follow country pursuits to deal with the worst British weather and terrain. Subaru control all their own technical development so customers know they are buying into a unique brand with engines which have a one-of- a-kind, all-wheel drive configuration.

“The Levorg which was launched in November 2015 has already had considerable success driven by Jason Plato and teammate Colin Turkington in the British Touring Car Championships (BTCC) enhancing its sporting credibility too. Subaru is a prestige marque with an understated appeal which complements our other MG franchise.”

Third generation family members Thomas Warner, who runs the accident repair centre, and managing director Mike Seward employ thirty staff who pride themselves on their traditional approach to dealing with customers. There are opportunities for test drives and tempting deals but ultimately it is left with the customer to make their decision based on an outstanding product.

“If customers buy MG or Subaru they are buying into technology and expertise and they appreciate that there is nothing else in the marketplace which rivals them. Our strong partnership with MG began in 2012 and it has been a great success for us. We expect Subaru to do the same. We have all the models in the showroom including the WRX and the BRZ as well as the SUV models.”

County Subaru drivers are already feeling the benefit of having a local dealership closer to home offering servicing, MOT and a full accident repair centre. If you would like more information from Lincoln’s new Subaru dealership call 01522 806200, visit them at Outer Circle Road, Lincoln LN2 4LD or visit their website: www.charleswarner.co.uk