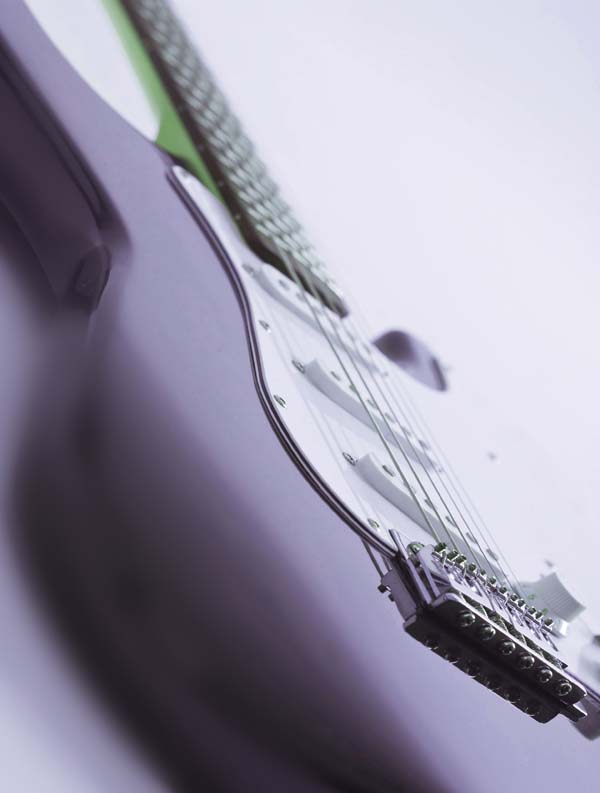 It’s only rock and roll

In recent months, three guitars have sold at Golding Young & Thomas Mawer auction rooms which represent the development and evolution of electric guitars in the twentieth century.
It is strange how an electric guitar provokes reactions within people. When they come into the saleroom, people want to pose with them and play them. They are more than just musical instruments; they are iconic symbols of the music they play.

Simply put, an electric guitar is a guitar that uses the principle of direct electromagnetic induction to convert vibrations of its metal strings into electrical audio signals. First invented in 1931, the electric guitar became a necessity as jazz musicians sought to amplify their sound in the big band era. It has evolved into a stringed musical instrument that is capable of a multitude of sounds and styles. It served as a major component in the development of rock and roll and countless other genres of music.

The need for the amplified guitar became apparent during the big band era as orchestras increased in size, particularly when guitars had to compete with large brass sections. The first electric guitars used in jazz were hollow, arched top acoustic guitar bodies with electromagnetic transducers. A good example of this type of guitar that came up for auction at the end of last year was a Gibson Barney Kessel Special Edition jazz guitar. Barney Kessel was one of the world’s most famous jazz guitarists and an in-demand session guitarist from America. In this capacity, he played on hundreds of famous pop records including albums and singles by the Beach Boys and The Monkees. In 1961, the Gibson Guitar Corporation introduced the Barney Kessel guitar into the market, an endorsement of his trademark guitar and continued to make them until 1973. The one that we sold at auction was a 1967 version without its original case, but its scarcity and quality helped it achieve £1,300 at our Grantham Auction Rooms.

In January, a Fender Telecaster guitar came up for auction; its simple yet effective design and revolutionary sound broke new ground and set trends in electric guitar manufacturing in popular music. Introduced for national distribution as the Broadcaster in the autumn of 1949, it was the first guitar of its kind to be produced on a substantial scale. Its commercial production can be traced back as far as March 1950 when the single and dual pickup models were first sold. The Telecaster differs from the Barney Kessel guitar, in that the pickups are attached to a solid piece of wood. Leo Fender who had an electronics repair shop called Fender’s Radio Service, in California, where he repaired, then designed, amplifiers and electromagnetic pickups for musicians, chiefly players with electric semi- acoustic guitars. He made a hand-built prototype, an anonymous white guitar which had most of the features that would become the Telecaster. The Telecaster is known for its ability to produce a bright, rich, cutting tone, or mellow warm bluesy tone depending on the selected pickup. It is used by both country and blues players and, famously, by Keith Richards of The Rolling Stones and Bruce Springsteen, pictured holding his Telecaster on the cover of his ‘Born to Run’ album. This example was a replica of a 1952 model and fetched £500.

Leo Fender went on to develop the Fender Stratocaster electric guitar nicknamed ‘The Strat’ in 1954. It is one of the most popular electric guitars ever made. The Stratocaster’s sleek, contoured body shape is markedly different from the flat, slab-like design of the Telecaster. The Stratocaster’s sheer tone and design made it popular with blues, country and rock players and was synonymous with Buddy Holly, who was one of the pioneers of the Stratocaster and used the instrument on virtually all of his songs with The Crickets. In the early 1960s, the instrument gained a wider audience in Britain when played by Hank Marvin, guitarist for The Shadows. So distinctive was Hank Marvin’s sound, that many musicians, including The Beatles, initially deliberately avoided the Stratocaster. Perhaps one of the best known players of the Stratocaster was Jimi Hendrix, whose use of different guitar effects and a Stratocaster helped shape his unique sound. The example sold by us was a 1996 fifty-year anniversary sunburst edition and fetched £800.

These three guitars represent the change in development in guitar styles over the last seventy years and will, of course, influence generations to come and the auction prices obtained reflect their quality and iconic status within the world of rock and pop.