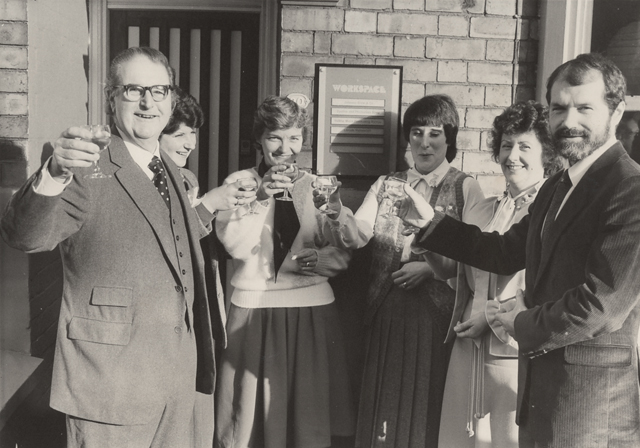 A Chase to cherish

When the Grade II listed Ingleby Chase came on the market last month, it was only the fourth time in its history it had been offered for sale.

The stunning late Georgian family home is believed to date from 1830 and was once owned by the Crown, then by the owners of the Binns store in Lincoln and later by Sir Bernard Theobald, the High Court judge who retired to Lincolnshire and who famously called Mary Archer ‘fragrant’ during her husband Jeffrey’s 1987 libel case against the Daily Star.

For the last fourteen years, the property has been the home of Ken Jones, a director of the estate agent Savills who is based in Lincoln, his wife Penny, a student counsellor at Lincoln College, and their four children, Victoria (30), Hugh (28), Guy (25) and Harriet (20). Now, with the youngest of their brood fleeing the nest (Harriet is studying at university in Nottingham), Ken and Penny have decided the time is right to downsize.

“We are the classic empty nesters,” Ken explained. “Now Harriet is away at university most of the time, we rattle around the house so it makes sense to have something more manageable.”

The couple’s situation was entirely different fourteen years ago when they first viewed the house. At the time they were living in Scampton, near Lincoln, with their growing family and had been looking for a larger property for some time.

Their next door neighbours were keen to buy their home and Penny used to patrol the local estate agents looking for new instructions. One day Ingleby Chase was pointed out to her. It was in the right location for their family, being in the catchment area for the Grammar School in Gainsborough and on the route for the school bus to collect the children from the end of the drive each day.

“Sir Bernard had died and the house had been placed on the market by the family,” Ken said. “As we came up the drive I remember thinking ‘Wow! It’s a proper Savills house’.

“It was a fantastic family home with lots of space, safe places for the children to explore, have fun and bring their friends home. Our eldest daughter was fifteen at the time and I remember thinking the lawn would be a fantastic place to have a marquee on her wedding day. We decided we couldn’t let it go on the open market.”

After their offer was accepted, the family moved into the house in May that year. The property was in good condition, the roof having been extensively refurbished by the previous owners, but it required some general investment to bring it up to date.

“We had Chiselwood of Saxilby fit a new kitchen which made a fantastic difference,” Ken recalls. “It meant we had to camp for the first two weeks in the back kitchen which was interesting but we survived on a mix of takeaways and microwave meals!”

Next local tradesmen were brought in to refurbish seven or eight sash windows, decorate the house, turn eight bedrooms into seven and create two further bathrooms. “We found most of the tradesmen in nearby Saxilby and the joiner practically moved in for most of one summer while he made all of the replacement windows,” Ken said.

Two local gardeners were brought in to tackle the mature gardens. “In the spring, there’s a carpet of snowdrops and aconites under the trees at the front which are well known locally but we had never seen them before,” Ken added.

The house is now a testament to the couple’s dedication to it with tasteful decoration highlighting some of the period features including original fireplaces, sash windows and shutters, picture rails, deep skirting boards and ornate mouldings.

Set in a rural location on a plot of 1.56 acres, the house is set back off the road behind a white gate and park railings.

On the ground floor, the kitchen breakfast room is fitted with bespoke cream units by Chiselwood with granite work surfaces, an oil fired Aga and shuttered windows giving views of fields to one side and the garden to the other. The utility room has space for a washing machine, a quirky recessed hatch and steps leading down to a useful half cellar and up to a further full-height storage room.

Meanwhile, the drawing room has a brick and marble fireplace with ornate wood surround and marble hearth, Lincolnshire oak flooring, a bay window with full-length shutters offering views of the garden and French doors leading into the garden.

There is also a separate dining room, a cloakroom, a hallway giving rear outside access and a sitting room with an open fireplace with marble surround and sash window to the rear. The music room has a black leaded range, a staircase leading to two bedrooms and an archway leading to a smaller room which is currently used as a study.

Outside, a sweeping gravel driveway leads to the front of the house and follows round to the courtyard with two single garages. There are further useful outbuildings, an adjoining brick storage shed and a log store. The gardens are laid to lawn with boundary fencing and hedging, a variety of specimen trees, climbers, rose beds, shrubs and established planting. There is also a walled and fenced run which is ideal for chickens and further walled and lawned areas planted with fruit trees.

Over the years, the house has been well maintained and Ken has many happy memories of their time there. He remembers with particular fondness the day three years ago when his daughter Victoria married her husband Daniel Barker in the local church at Saxilby and held the reception in a marquee on the lawn.

“It was just as I’d imagined when we first saw the house,” Ken said. “Victoria had always wanted to come home for her wedding and we held a good, local Lincolnshire wedding on that day. It was fabulous and the weather was perfect.”

This year Victoria and Daniel have given Ken and Penny their first grandchild – baby Mia was born three months ago.

Over the years, Ken has thrown himself into the local community, being on the council of the Lincolnshire Agricultural Society, a former governor of St Mary’s Prep School in Lincoln and a member of Lincoln Rugby Club.

Now in what he describes as a “momentous year” he is leaving Savills in November after thirty-two years to start new role with the Crown estate running their rural portfolio of 356,000 acres across the UK.

“I will be based in London and will commute for the first few months and then it’s highly likely we will make the move to London,” he said.

“I feel very sad about leaving our home because we have so many happy memories there but the time is right to move on into something more conservative.”

So does being a director of Savills make selling your home any easier? “Not at all!” Ken said. “We still have to take instructions from our agent and remember to tidy up for viewings like everyone else!”

Ingleby Chase at Ingleby, near Lincoln is on the market with Savills Lincoln with a guide price of £699,000. For more information contact the estate agents on (01522) 508908.